Where would I go to get an estimate on adding an aftermarket tow package?

So in addition to a class III hitch and the wiring you’d need an engine oil cooler.

We have a Ford dealership hitch installed.

Uhaul does hitches, a mechanic can do the engine oil cooler, though I wonder if they mean trans fluid cooler.

We have a Ford dealership hitch installed.

Class III? It should say on it somewhere.

So where would one go to get an estimate on an aftermarket package. I have a 2015 Ford Explorer 3.5, V6 towing capacity 2000lbs. If I had purchased same vehicle with factory tow package I can tow 5000.

So where would one go to get an estimate on an aftermarket package(?)

I would go to three places. 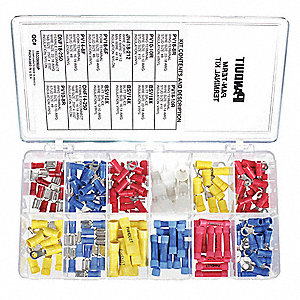 Nobody splices anymore, that is old school. You buy a plug in harness like this: https://www.etrailer.com/Custom-Fit-Vehicle-Wiring/Ford/Explorer/2015/C56172.html?VehicleID=201515198

Can you really tow 5000 lbs with a V6? I’d be a little skeptical. Is that even a good idea? Just asking.

The Ford F-150 has become known as the "king of towing" among pickup trucks. So what exactly makes the Ford F-150 towing capabilities exceed its competitors? Find out here!

Uhaul does hitches, a mechanic can do the engine oil cooler, though I wonder if they mean trans fluid cooler.

In my experience, many guys do not flare the lines correctly . . . or at all . . . which leads to trouble down the road, when you least need it

Or they’ll make a clean cut, NOT flare the lines, double clamp it and pat themselves on the back

But I’d not be okay with an aftermarket cooler spliced in . . . and probably badly, at that

I’d pony up for the upgraded factory tow package cooling system, as far as lines and cooler(s) go

As far as bigger factory alternator goes, I wonder if the pcm needs to “be told” that the vehicle now has a larger alternator . . .

I had mine done at a transmission shop. They knew what they were doing.

I’d trust a decent transmission shop over U-haul, that’s for sure

No offense, but did you watch them splice the lines?

No offense, but did you watch them splice the lines?

No…but I trust these guys. Pretty much all the dealers in the area send their transmission work to them. They have the expertise that most dealers don’t have. I had the cooler installed back in 2014. No leaks of other issues yet.

I did not recommend having uhaul do the coolers