Where to get a Cheap Car Nowadays?

Are the days gone where you can purchase a barely running car for 500$-800?

Are the days gone where you can purchase a barely running car for 500$-800?

It is unlikely that you will find a running, drivable car with a valid title for less than $1500. Where I live (southern AZ), you can still find a decent running car on Craigslist for $2000, though $2500-2900 is the most common price point for an older car in good condition. Older cars selling for around $2000 typically have between 150,000 and 200,000 miles, which brings me to my next point.

If you are able to do mechanical repairs, you can still find a fixer-upper cheap. I frequently see cars with failed timing belt or failed head gasket/overheating problems in the $1000 range, sometimes as low as $500-600, and it obviously would not cost me more than $1k to tow it home, take the engine apart, have the head rebuilt, and replace the consumable parts. If you have to pay someone else to fix it, then these kind of cars would be a loser.

I guess I just don’t trust cl but suppose that is where most private parties advertise. One thing you might try is talking to a few of the local dealers. They will get trades that they will just junk out and not bother with. One of mine they offered $200 for and another $500. Maybe they don’t want the bother or risk but worth a shot talking to the sales manager.

Just looked at our area’s Craigslist and there’s a few mechanics specials put it gently for under $1,000. With one offering to sell a lower mileage engine for the car for $800.

A running car is not cheap

The good news for the OP is that used car prices have been dropping for 4 months: 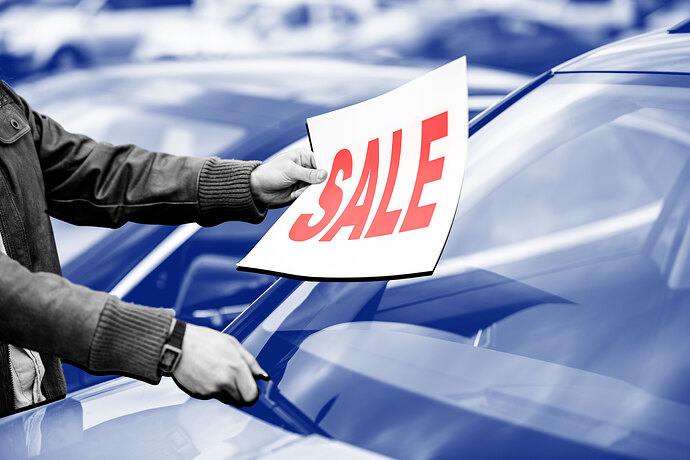 Those dang ole market forces again. High interest cost lowers demand which lowers prices. Recessions tend to lower prices too according to the fed anyway, unless trillions are added to the money supply.

New cars have become really expensive b/c of all the new required safety features, emissions improvements, and the electronic gizmos and gadgets. Automatic braking if car gets too close to something according to its radar unit, auto steering if car veers from its lane, cameras, anti-theft and other security systems, those features don’t come cheap, especially in a moving platform. Plus pretty much every car comes with electric windows and door locks. The manufacturer must recover all these expenses, and have no choice but to hike their new car’s selling price. This causes folks who would otherwise be new car buyers to instead seek out used cars, which increases the demand for used cars, and drives up their price. Hence few if any cheapo used cars that are runners these days.

If OP is seeking a cheapo, best bet is ask at the various shops around town if they know of any cars in need of major repairs, where the owner might be willing to sell just to get it out of their driveway. I expect pro mechanics see this all the time, where a perfectly good car that just needs a few thousand in repairs, the most part of the fee is labor, but the owner can’t justify spending that much to fix it. I expect many pro mechanics grab these cars for a song (or for free), fix them to a drivable & safe (but perhaps cosmetically imperfect) condition, and drive nothing else but cars they’ve obtained this way. Big help to your family monthly budget with never any car payments.

My parents owned an early 80’s Subaru that ran well most of its 12 years, but developed starting and stalling problems, most likely due to the complicated electronic-controlled carburetor. After many attempts, the mechanic seemed like he’d never be able to fix it back to a reliable car, so they just gave the Subaru to the mechanic. They told me they saw it on the roads about town many times after that … lol …

2.Broken A/C cars - Typically older cars where the A/C or something similar breaks and it costs more to fix it than the car’s worth so they just want to unload it. The car’s still running and although it’s unpleasant, you don’t actually “need” A/C so a deal if you can stand the heat.

Back when we were thinking of an rv we noted in the retirement communities, bargains could be had when someone dies.

I don’t know how you tap into that market for cars, but if relatives all of a sudden have a car on their hands they can be desperate to get rid of it.

That’s a good idea. I’ve used the student market to obtain relatively inexpensive summer labor from time to time, just post a help wanted on the local college bulletin board. But never thought about that angle for the retirement community. In my area each town has its own senior citizen center. Seniors get together for movies & trips, exchange help & ideas about their Medicare problems, etc. I’d probably just ask the manager at each of those facilities if they are aware of any of their senior-citizen patrons who have a car they can’t drive b/c of advancing age and might be willing to sell for a dose of hard currency.

I don’t know how you tap into that market for cars,

Personally like most Seniors, I’d prefer to give my “beloved old car” to someone it would benefit than to get a few bucks from a “flipper”, etc. so my priorities would be Family & Friends and referals from same.

Personally like most Seniors, I’d prefer to give my “beloved old car” to someone it would benefit than to get a few bucks from a “flipper”, etc. so my priorities would be Family & Friends and referals from same.

I agree. In fact, a couple years ago one of my long-term customers offered me a really good deal on her husband’s Dodge Spirit since he had passed away. I really wanted the car, but my wife said “no way”, even if it was free. It was a 4-cylinder though, not the much more desirable 3.0 V-6.