What plugs into a K&N air filter?

Need to replace the K&N filter that came with the truck when I, just bought it. Yeah, it is a dinosaur, but not fossilized, yet. I love a V8, and needed transpo ASAP, and it fit my budget??? I, cannot just pop a filter on, because the truck has a plug that goes into those giant cone filters. According to K&N’s website the air filter for my vehicle is nowhere near the same, and does not indicate whether, or not it is a plug in type. I, am pretty certain that plug is emissions related, but to what extent does it affect performance disconnected? I do not know who installed the air intake kit, but it doesn’t clamp on easily, like the angles do not allow the filter to go straight on so, I worry it’s not on tight to top it all off, and barely fits.
There is no more washing it, the base has frayed wire that looks like mush. SOS

Frankly, I have no idea about the K&N. I would consider going to a salvage yard and replace everything with stock GM parts.

That plug is probably for the mass airflow sensor (MAF).
Normally when that sensor isn’t working right the chaek engine light will come on,
but the engine computer might have been tampered with.

I second Purebred: hit a salvage yard and get some original bits.

Might help if you told us what year and engine your Subby has… They are not all the same.

Might help if you told us what year and engine your Subby has… They are not all the same.

Another vote for putting it back to stock.

The mass airflow sensor is not a plug-in style, it looks like this: 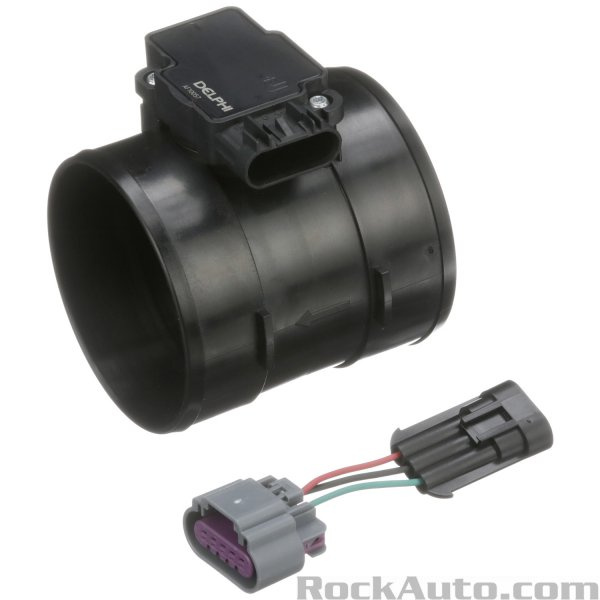 Not sure what you mean by “plug” into the cone filter. If you mean, there is a hose that attaches… find out where it comes from. Likely it is a crankcase vent.

You can buy the air filter housing from Dorman… for $230… looks like this; 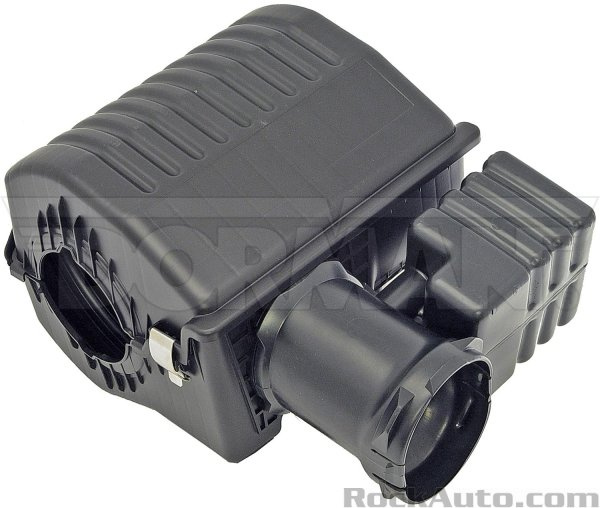 And the intake hose elbow with holes to plug something in looking like this; 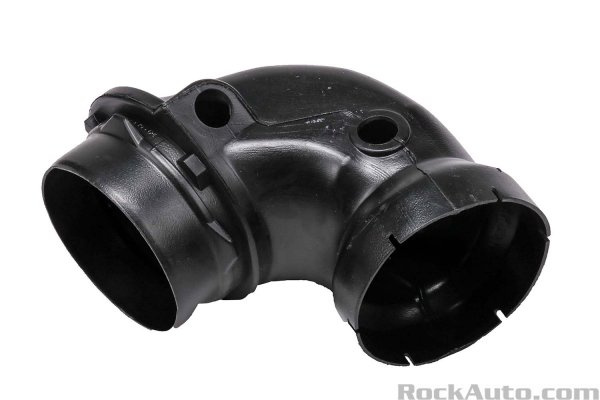 Waaaay cheaper from a pick-ur-part junkyard plus you can get all the other little bits as well.

That plug is probably for the mass airflow sensor (MAF).
Normally when that sensor isn’t working right the chaek engine light will come on,
but the engine computer might have been tampered with.

I second Purebred: hit a salvage yard and get some original bits.

I, was thinking MAF, too. I, am not about to disconnect it, because it will set off a code, and I do not need it missing, and chugging guzzling more gas than it does. I call it my behemoth, ginormous truck is like a small apartment w/o a bath and kitchen. I have to check to see if anybody is sleeping back there, before I get in, every time.
It’s the whole intake kit, and I am working 55-60 hrs a week, who has the time to swap it out? I, was just wondering what that plug was, and why the replacement filters do not seem to have it. Are they obsolete? Not possible, right? I’ll try to call K&N if, possible, and get a Haynes Manual, too.
Thanks for the help!
Oh, do you know if drilling a hole in the catalytic converter, really works?

Another vote here for going back to a stock breather. I watch a lot of automotive shows and they all rip out the K&N filters as soon as they start their modifications. They usually throw the filter away or crush it as they are removing them. They just about all have an expression like sucking on a ripe lemon when they see them. That tells you something right there.

I will say one thing about K&N filters. Their marketing people have brainwashing down to a science. Most vehicles that have an aftermarket breather on them have the K&N brand. Maybe it’s the design of their product. They do look kind of cool but cool doesn’t equal performance.

The mass airflow sensor is not a plug-in style, it looks like this:

Wouldn’t a good exhaust system (headers), give it that extra air it needs, not a big, heavy air filter?

Lets see , someone is on a budget . Uses them term ( Gas Guzzling ) and they buy an old Suburban .

Oh, do you know if drilling a hole in the catalytic converter, really works?

Really works for what? Ruining the converter, Yes. Improving performance, NO! Modern converters flow quite well, they are not the restriction.

Wouldn’t a good exhaust system (headers), give it that extra air it needs, not a big, heavy air filter?

The air-filter the previous owner tried to kluge onto the truck did absolutely nothing but cause you problems.

Yep, please do nothing to this Subby to try and improve performance, much more likely to cause a problem. Especially with the cat.

For big $$ you can do things, but that’s not where you are.

I would think you could get a replacement filter element (just what is worn out) from K&N if you supply them detailed measurements. Go to their web site, get the support number, give them a call.

K&N sells a cold air intake for some vehicles that replaces the air box and adapts to their cone filter. That might be what you have. I agree with the others - rip all that crap out and replace it with stock parts.

Oh no, you misunderstand what I stated about the headers. It has Flow Masters, and was just asking a general question. I, have no intentions of putting any money more than necessary to keep it running decent to get me rom here to there. This is no project car! I’m saving that for my '64 Chevy SS.
I just need an air filter badly, because it has to be wheezing by now. Cleaning it helped some, but it’s really, dirty.
Thanks everyone! You helped a lot in giving me options, and Mustangman the pics, super generous. Wish me luck! I know where to go if I run into any snags, inevitable, heavy sigh.

If you’re still watching this, how did you clean the filter? Because if you used water you need to replace the filter, or re-oil it before you drive too far. Those filters use oil to trap dirt, and if you wash it out you have a non-filtering filter.