We can officially take stick-shift cars off the endangered list!

How many in the Community are lucky enough to still drive stick? Raise your hand.

Always so fun to drive! 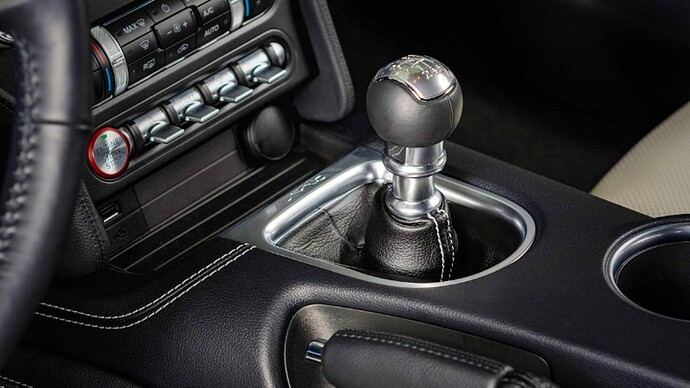 Word of the demise of the stick shift transmission is everything recently. But Car Talk's research has uncovered the opposite. Read more for the best, fun, affordable stick shift cars you can buy in 2022.

How many in the Community are lucky enough to still drive stick? Raise your hand.

Always so fun to drive!

A girl like you is few and far between

Standard manual shift off the endangered list - not hardly .

Also IMHO people are getting

to lazy to drive they want an automatic transmission and all the bells and whistles to leave the car do every thing for them also since they moved the light dimmer switch from the floor to the steering wheel what do they do with the let foot?

OK , I am not lazy because I need an automatic transmission . As for the left foot , that is the braking foot for me because of a right knee replacement that did not go well .

People with kids in their vehicles really don’t need the hassel of a manual when they might need something while driving .

If someone prefers a manual shift fine , but don’t criticize those that don’t want one.

Also IMHO people are getting

to lazy to drive

As for my left foot, I used to change radio channels in my Mom’s Cadillac Series 62 and position it just right to feel the thump under the floor when I floored it. Total beast, as I’ve said before. Floaty over 70, but got there quickly. Now I keep time to the music with my left foot. That’s a lot better than the pain that stop and go driving gave me, even in my 30s. Commuting in DC traffic is bad enough without adding a clutch.

I am not talking people like you with medical problems my wife had a hip replacement so I know where you are coming from.

If someone prefers a manual shift fine , but don’t criticize those that don’t want one.

That is their choice but I think they don’t want one because they have to be glued to a phone or screen.

I don’t want to drive in rush hour traffic with a manual,

I have never had that problem but if I did I would want an automatic for that reason.

My car is an automatic because it’s a commuter car. I don’t want to drive in rush hour traffic with a manual, a total PITA.

+1
A few months after I bought my stick-shift Citation, my work required me to drive into Manhattan once or twice every week. Having to drive a stick-shift in the traffic crawl going into the city–as well as throughout the city–made driving a total PITA and a pain in the leg, and just a complete annoyance in general. I endured that stick-shift for as long as I could, and have been driving automatics ever since.

I think they don’t want one because they have to be glued to a phone or screen.

That does not describe me at all, and I doubt that your generalization applies to most other–older–automatic drivers as well. The younger folks may well be glued to their screens or phones, but a great many of them don’t even know how to drive a stick-shift.

Count me in on the lazy crowd. I hate all the extra effort in shifting. But no phone while driving. That’s common sense. Maybe a burger though.

since they moved the light dimmer switch from the floor to the steering wheel what do they do with the let foot?

Those switches were often in bad shape after several winters of salty slush continually getting tracked onto them.

I drove an automatic commuting to NYC for several years in the 80’s though. I certainly understand anyone who drives in traffic using an automatic.

Agree with that but in my area there are a few older folks that I see with their phone always in their hand either in the store or where ever. am not trying to disrespect any one for whatever they choose to drive.

Agree with that I have had to change a few of them out over the years but not from salty slush as I live in the south but I don’t care how clean you try to be dirt and moisture will get under the carpet and floor mat for it to rust out.

Sorry Julie I didn’t mean to hijack your thread.

Both my wife and I drove manual cars for many years. Half the 24 cars we’ve owned were manuals. Two of them ONLY came with manuals!

Bad knees and traffic have us both in automatics now. But I want another stick shift… a vintage one…

I wonder what percent of the new cars sold have a manual trans, my guess 10%, and that may be high.

Depends on which model but you’re probably right. 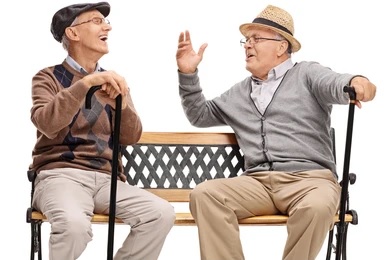 Yeah, that’s us old timers laughing at the thought that Automatics would replace Manual Transmissions. Little did we realize that the “Last Laugh” would be on us…

“Shifting a Manual Transmission is like a Box of Chocolate, no matter how bad it is, it’s still good…”

Tell us about your First Car General Discussion

My first car was a 1954 Dodge Meadowbrook, 2-door, Club Coupé. I bought it from my neighbor, who bought it new with almost every available option (and it came with all its original paperwork, sales slips, window stickers, etc…). The special option was the “Red Ram” Hemi V8 engine (not the huge hemi, but a “baby hemi,” 241 cu in, rated at 140 HP. It came with a three-speed, column shifter, with a Hydrostatic clutch (Fluid Clutch…) that worked like a torque-converter. You could let the clutch …

My car, truck, and motorcycles are all manual transmissions. Since I got my driver’s license in 1971 all my vehicles have been manual transmission with the exception of an Oldsmobile I inherited and drove for a couple months. For stop and go city driving I agree that an automatic is the way to go but I live in a rural area prefer the simplicity of a manual. Some will say “Oh, but you have to replace clutches every few years” but I’ve never had to replace a clutch, even on the pickup I bought new in 1993 which now has over 300,000 miles.