1993 Toyota Corolla Wagon, 148,000 miles. Manual transmission. Second owner. Two year old clutch. Good mileage. Symptoms include: When engine is on and the car is moving forward in first gear, when I depress the clutch to shift to second, there is extreme resistance to shifting OUT of first. I do not force it for fear of breaking something. I have found if I gently increase the rpm, I can finally slide out of first. Also, when in first and moving when I depress the clutch it should feel like it is in neutral. If it feels as if there is still compression, then I know I will have to increase the rpms to get out of first. First gear symptoms are now beginning to appear as I try to shift OUT of second gear. Lately I have been having difficulty finding second, particularly when I down shift. No problems shifting INTO any gears. Only happens when car is in gear and moving. This problem was intermittent, but is now happening more frequently. Also, sometimes I hear a kind of metal on metal scraping sound (intermittent) when releasing clutch in first, second, or third, when the engine is “pulling”, i.e. like out of a tight parking spot, up a hill, out of a full stop, accelerating from a lower gear to a higher gear. Ideas?

Any one checked the gear lube level in the transmission lately?

Some of your symptoms are consistent with a bad clutch master cylinder: 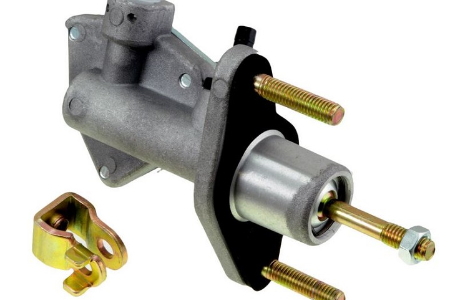 A clutch master cylinder is a part of any car with a manual transmission. It provides the hydraulics for the clutch.