@ B.L.E I agree with you about water vapor from hydrogen cars being trivial in relation to the oceans, lakes, rivers, etc. The point is that hydrogen cars have been touted to be harmless as “only water vapor is emitted”.
If hundreds of millions of hydrogen cars are running around there’s going to be a fair amount of piling on so to speak.

My oldest boy holds 3 degrees in the climate field (2 advanced ) and I could probably have him narrow that angle down as one of his degrees is water hydrology in relation to climate. That encompasses things from ocean currents and evaporation, cloud density, and so on down to water evaporation from all manner of plant life from forests or a blade of grass. Essentially, the more clouds and/or denser the clouds the more heat retained.

Whenever I discuss any of this with him he has to dumb it down a bit for me of course because of the mind numbing complexity to clueless me.

Hydrogen is not an end in itself. To make hydrogen only electrolysis using a non carbon generating power source makes sense. That could be nuclear, hydro-electric or some other like solar or wind.

The most effective, non-CO2 generating, would be nuclear, but that would meet with significant opposition.

Of course, why not use electricity directly and get much greater efficiency.

The main advantage of hydrogen is the clean exhaust which makes urban use ideal, but the CO2 (using current methods) and other pollution is generated somewhere else.

“That old Pontiac is looking better and better every year compared to Jukes and things like the Toyota Hydrogen car.”

Have you seen the new Nissan Murano?
Yikes, that thing is ugly!

See the 2018 Nissan Murano from every angle, with interior and exterior photos, accessories and color options.

Trust me…it looks even worse in person than it does in photographs.

Have you seen the new Pathfinder? Yikes, that thing is ugly!

I don’t mind the looks of the new Pathy. What I don’t like with the Pathy is the complete redesign that turned it from a true SUV to a Cross-Over. It is NOTHING like the previous versions.

^
Mike…I changed my post when I realized that it is actually the new Murano, rather than the Pathfinder that is so…bizarre looking.

Not sure I’ve seen the new Murano yet. Functionally the Pathfinder is now just a slightly bigger Murano.

The link in my earlier post will give you an idea of what the new Murano looks like.
I think that it is supposed to appeal to younger drivers who want to own something that looks like it is from Outer Space.

The kick-up of the rear fenders is very reminiscent of the fins on a '61 Dodge Phoenix, and–that ain’t good, IMHO. 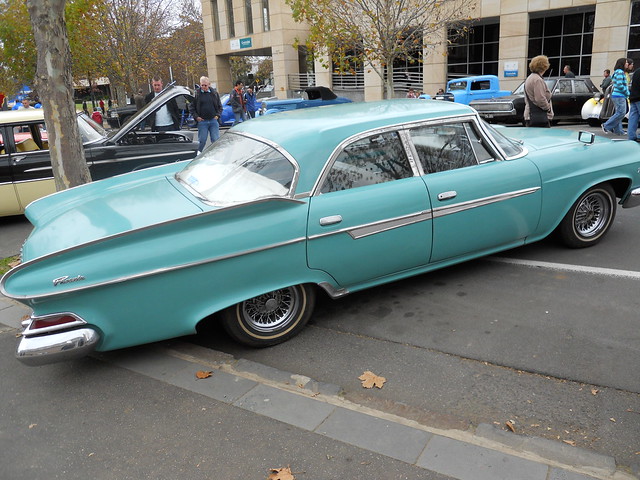 A gallon of gasoline or diesel completely burned produces about a gallon of water.

The Murano is not as ugly as the Juke. Now that is grotesque.

A gasoline car getting 26 mpg puts out as much water vapor as a fuel cell car.

Hey, I LIKE the fins on a '61 Dodge Phoenix!
Those were the days when car companies weren’t so risk-averse. It was that imagination that led to the Mustang, the Corvette, the big-finned Caddies, and chrome by the yard! Memories of my youth are attached to those cars.