so i pop over the hood and unscrew the oil cap and im confronted by all this black sticky tar like substance please see pics attached. Unfortunately the previous owner totally neglected this car so i took a bit of a gamble, i dont think it was serviced for 3-4 years, in hindsight i should never have bought the car, but hey ho here i am trying to revive the car.

However i have since fully serviced the car new oil, oil filter and air filter and plugs, but this still remains , can anyone explain how serious this issue is? if its like this on the top how will it be inside? or would most of it have been drained out when i changed the oil? the engine itself does seem pretty smooth now but my mileage isnt great if you check my other post getting around 280 miles from a full tank of £60, would this engine sludge be causing me low gas mileage? also how easy is it to get rid if this problem? has anybody successfully been able to cure this issue?

or is it going to cause me a problem in the long run? or should i sell the car?

also on my next service iv already told the mechanic that we will unscrew the oil pan to have a proper look inside the bottom of the engine.

any help and assistance would be appreciated. 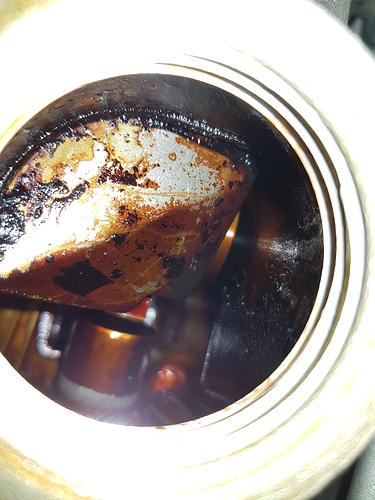 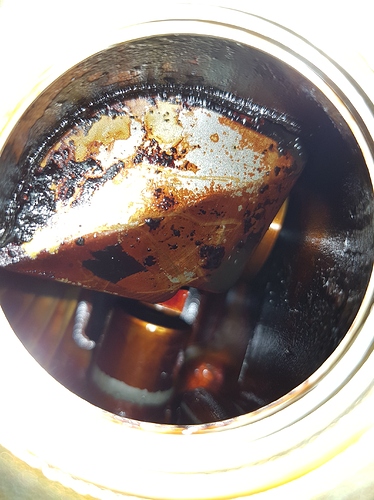 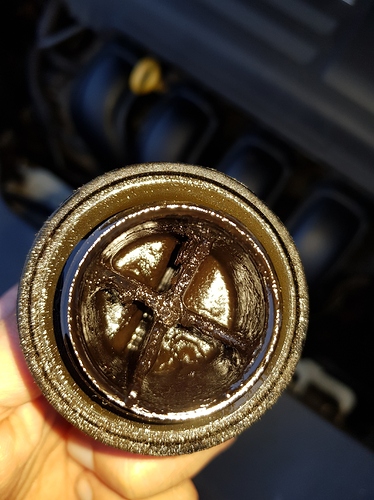 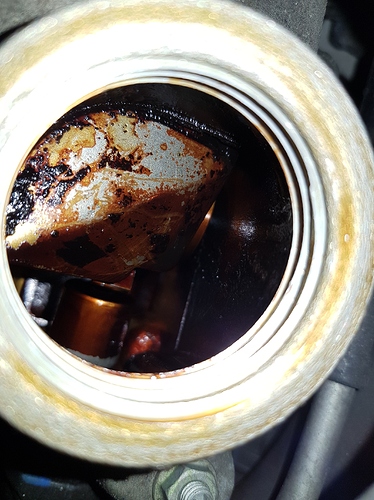 Seems like the thing to do is wait until the mechanic does look in the oil pan and go from there. The sooner the better . As for fuel usage, just going by how far you can go on a tank will never give you actual Miles per gallon. I suspect you are not in the USA so I guess you use liters.

That’s not too bad.

You should of seen the sludge in valve cover/on the head I removed from an Acura.

Next oil change, add a can of Seafoam to the engine oil.

I second Tester. Check out “ProjectFarm” on YouTube! The man has done extensive, seemingly unbiased tests on additives, if nothing else, it’s entertaining. He has done several tests with Seafoam. Good luck.

I’ve seen a lot, lot worse. Keep in mind that the main factor behind oil sludging is not changing the oil often enough.

If there is concern about what may be in the oil pan I might suggest this instead of removing the pan. After the oil has drained on the next oil change have your mechanic fabricate a loop on the end of some coat hanger wire, brazing rod, etc. Insert it into the drain plug hole and rake the bottom of the pan with the loop.
That sample should be enough to give you an idea of what exists inside the pan/engine.

You can also get a better idea of what you’re dealing with by removing the valve cover. I don’t like the looks of that fill cover.

The other photo is showing the splash baffle that’s cast into the valve cover, and I don’t think some residue on that baffle is all that uncommon. Actually seeing what’s under the valve cover will give you a much better idea of what you’re dealing with. A new valvecover gasket is cheap.

NOTE: I wouldn’t get too concerned until you have a better idea what you’re dealing with. Your Corolla doesn’t have the V6 that had the sludge problems.

Oh, and I tip my hat to you for checking your oil and following up with your concerns. A whole lot of engines would be kept out of the recycling pile if more people were conscientious.

The goo on the underside of the oil fill cap “might” be relatively normal on a car used for short trips in a cold climate also. I agree that you can’t really tell exactly what you’re dealing with from the photos.

you just got the car. an 11 yr old toyota. not exactly major financial issues here. why are you locked into “dealing” with issue? sell it

I used to service my mother’s 2002 Toyota Sienna that she bought used, and the oil cap looked the same way. However, we never had any oil sludge issues that hurt the engine. After I learned of the sludge issue with those engines, we used synthetic oil and changed it every 5,000 miles. You might want to do the same just to be on the safe side.

If the engine seems to be running fine otherwise, I wouldn’t worry about what you’re seeing. You could use Sea Foam or some other engine flush, but I don’t think it’s worth the potential risk of damaging the seals and head gasket.

I never claimed it does, I just don’t think it’s worth the potential risk of thinning out your oil.

Do you know what the main ingredient in Seafoam is?

Do you know what the main ingredient in Seafoam is?

I feel as though you should cite some kind of source for that. I find all kind of conflicting info online that seems to indicate otherwise.

Besides, the presence of other ingredients proves my point. Isopropyl Alcohol is the ingredient that concerns me, not the oil.

Seafoam is a highly refined oil, with a stoddard solvent, (mineral oil), and isopropyl alcohol.

…and I prefer not to pour solvents and isopropyl alcohol into my oil pan because I am concerned they might damage gaskets and seals. Why is that so controversial that it draws your ire?

Because everything you stated would be called misinformation.

Here are the Seafoam instruction:

For a 5 quart engine that means adding 5-7.5 ounces. It’s listed as having less than 25% isopropyl alcohol, so 1-2 ounces max. Folks are free to do what they want. I’d have no problem using it according to these directions.

Having to replace the head gasket on an engine that hasn’t overheated will make you question the products you’ve used in your engine, and I simply prefer to err on the side of caution, especially if the only thing wrong with the vehicle we’re discussing is the appearance of sludge under the oil cap.

I haven’t presented anything as factual, merely my opinion that I prefer to err on the side of caution. That’s not misinformation, it’s an opinion, one you’re free to disagree with if you like, but I have presented no “misinformation.”

Well, you mention major problems that might happen. What’s that based on, factually?

What car are we talking about here? The first Verso is a 2009 model year.