My 2004 Chrysler Pacific always has a warning to check the tire system due to low pressure, even if the tires are fine. I have been told that it is a faulty sensor. A new one costs about $80 and they would probably have to change all 4. I have been driving for more years than i care to admit and really don’t need the car to tell me to take car of the tires and i surely don’t need to spend more than $300 of my hard earned money. How do I shout this stupid function off?

A new one costs about $80 and they would probably have to change all 4.

That’s total crap. You can replace just one.

Not too sure if they can be disabled.

One last thing…Does this car have a spare? And if so did you check it?

. A new one costs about $80 and they would probably have to change all 4. I

No reason why you can’t replace one

How do I shout this stupid function off?

That’s a good question. I haven’t looked at it for a while. I will check. Maybe that is the problem all along.

Thanks for the suggestion

Wouldn’t it be easier–and quicker–for him to check the pressure in his spare tire himself, rather than lobbying his Congressman to do it for him?

Haha. Of course, I was referring to the “how do I make the TPMS light go away without fixing the problem” part.

It cost me $84 out the door and about a half hour for one sensor. Three more to go sometime but they last for years. I like the TPMS, especially when you are on the road and picked up a nail. You wouldn’t realize it until its near flat. Each to his own though. I don’t work much for my money anymore though.

I’m not sure that I would trust any of those fools to check the air pressure.

Thank you very much. Good to know that i won’t have to spend so much money.

How do I shout this stupid function off? 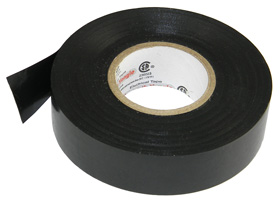 I’m not sure that I would trust any of those fools to check the air pressure.

The good news is that if you’re a doctor, you’re probably not a fool and therefore can check the pressure yourself.

I like the TPMS, especially when you are on the road and picked up a nail. You wouldn’t realize it until its near flat.

I like it too. I’ve had a nail and TPMS light came on…I looked at the tires and couldn’t tell by looking at them which tire low. Had to get out my gauge. If I waited until I noticed something I may have ruined a tire before I noticed.

Congressmen don’t every have TPMS problems. They are always full of hot air.

@shadowfax has the cure. Your particular TPMS system wasn’t mandated by Congress. It was installed by your car maker. It may have even been an extra cost OPTION in '04. TPMS systems weren’t made mandatory until 2007.

If you want the system to work and not constantly toss the light, replacing all 4 is the right course of action. They are powered by batteries and If one is dead, the rest are close. Your tire store just wants to replace all 4 so you won’t come back a month later and yell at them when another goes bad. And another and another. Usually its best to replace all 4 if one goes bad the next time you replace your tires.

But it is your money and replacing them is up to you. Until, of course, lawmakers get busy and decide you no longer have that freedom of choice.

You might consider buying 4 new sensors and have a tire store install them, the system is self training so there is no “programming” involved.

All the vehicles that I have owned had problems with the TPMS system. I just keep the air in my tires including the spare checked and ignore the light…if I have one. The TPMS system is no more reliable than the CEL system…which I loathe as well. Mandated crap is just a part of life so I accepted it years ago. I keep all my vehicles running great so I don’t worry too much about what Congress thinks. Airbags and seat belts were things that worked so I will give them credit for a job well done when it’s deserved.

Chances are the batteries in all 4 sensors have run out. Learn to ignore the warning, and keep an eye on your tire pressures.

I don’t believe the spare has a sensor, but it’s been a while since I sold my Pacifica.

How difficult would it be just to ignore the warning OP? Does the warning prevent you from seeing something else that you really do need to see? Is there an audible alarm that you don’t like? I concur w/OP, if you don’t want the use the tire pressure monitoring on your vehicle, while you may need to have your new cars equipped with it, you shouldn’t have to put up w/the warnings. Car manufacturers should make it simple to turn off. If lobbying Congress is required to make that possible, the car manufactures should do that lobbying for their customers.

Car manufacturers should make it simple to turn off. If lobbying Congress is required to make that possible, the car manufactures should do that lobbying for their customers.

They weren’t made that way before tire pressure monitors were required and no manufacturer is going to change that on a 14 year old vehicle.

It’s because of the lack of pressure monitors that people were getting killed in rollovers. And while I’m sure someone will chime in and say the government shouldn’t be getting involved in whether or not you make a stupid decision, the problem with that argument is that your stupid decision might kill me if you crash into me while you’re rolling over after a blowout because you couldn’t be bothered to use a tire gauge.