Think twice about that transmission flush

This articles mentions that many shops are flushing transmissions, but are not removing the pan to replace the filter. It also explains the possible consequences of omitting that step.

It’s nothing we haven’t discussed many times already, but I thought the article was amusing 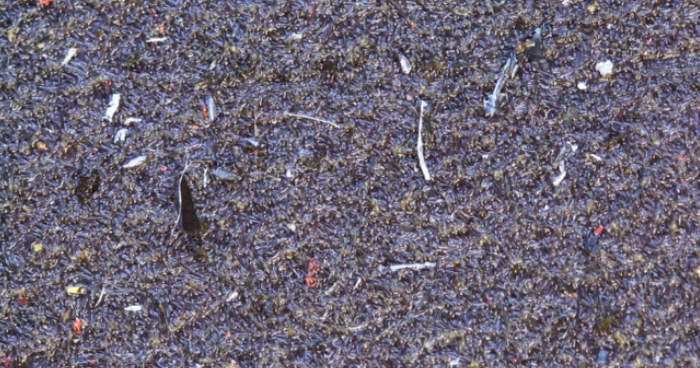 Remember the Filters During an AutomaticTransmission Fluid Evacuation Service

And if you do want to go for the flush, absolutely insist that the shop drops the pan, cleans it, and replaces the filter and gasket. If they claim it’s not necessary, take your business elsewhere

I’m no big fan of transmission flushes but I do see the benefit of them in cases where there is no pan to service. Most Hondas, many Kias and Hyundais, and now some late model Fords also have no pan to drop or a serviceable filter.

I would also add that the customer request the proper fluid for the car.

Excellent point about the proper fluid

Just imagine, if you flushed, replaced the pan and gasket, but used some jack of trades atf instead of the proper fluid

I would also add that the customer request the proper fluid for the car.

The problem is too many shops have 2 kinds of fluid in stock, the old Dexron3/Mercon and the new “recommended for most makes and models” that go in everything else.

Perhaps if the customer brings up the subject of proper fluid the chances of the proper fluid being used increases.

In their effort to be unique and exclusive, requiring ‘special’ fluids car manufacturers are becoming prima donnas in the eyes of many. None of the ATFs are made from Kryptonite. Is there really any great difference in the various products other than the additive packages? ATF is becoming snake oil. If the public demanded that the automobile manufacturers come out from behind the smoke and mirrors a great many owners would benefit from greater trouble free life from their transmissions.

Perhaps if the customer brings up the subject of proper fluid the chances of the proper fluid being used increases.

The place I go to for transmission drain/refresh knows exactly what fluid to use. Why would a good mechanic take the risk of putting in the wrong fluid? It’s not a bid secret that manufacturers use different fluids. Any good mechanic knows this. If they don’t…then find another mechanic.

At $12.45/quart this product seems to cover a great deal of manufacturers’ demands

Can it really be worth that price?

That seems exactly like a jack of all trades atf, but a synthetic one

My point exactly. The factory atf is often cheaper than “universal” atf

CVT fluid from Toyota is about $90 a gallon!

My only problem with a shop that insists they want to do a flush and I have to convince them that dropping the pan is better is…they probably do it out of convenience and incapable help that would leave you with a leaking, poorly reinstalled pan gasket. I like the advice to avoid flushes…but I would also recomend one take it to a shop that routinly does it the right way. If a shop promotes this practice, they won’t be servicing my transmission at all. If you are also worried about the proper fluid, that’s another reason to avoid a shop that " you" have to tell them what to use and do.

The place I go to for transmission drain/refresh knows exactly what fluid to use. Why would a good mechanic take the risk of putting in the wrong fluid?

The problem is that there isn’t even consensus among transmission shops and mechanics as to what constitutes the right fluid. There’s a company called Wolf’s Head that makes a Super Universal Synthetic that is suitable for use in virtually every car on the road. One local independent transmission specialist uses it almost exclusively.

The problem is that while Wolf’s Head and XYZ transmission approve the use of that fluid in your car, Nissan, Toyota, GM, and Ford do not specifically approve it. That doesn’t mean it won’t work just fine. It just means that I won’t use it. Unless the fluid going into your Pathfinder specifically states “Nissanmatic J approved by Nissan” technically it isn’t the right fluid.

The only truly expensive transmission fluid I’ve seen was for a Jaguar. It was Esso part number whatever, $56/quart.

Even tho’ Amsoil says it meets the Honda spec, if someone asked me, I’d have to say no.

I have started using MaxLife synthetic on both of my cars that call for Toyota ATF IV. It is cheaper, easier to get in 4 qt jars and based on the labels and what I have read on Bobistheoilguy seems to be of superior quality and so far have had no issues.

I am sure if Homer Simpson was reading this, the emphasis on the “so far” part would be stronger

The concensus amoung many shops…is to use he fluid they get the best deal on. Why wouldn’t a shop try to useWolf’s head or what ever of they could buy it in bulk. So, I have to agree with @acemaster.

The problem is that there isn't even consensus among transmission shops and mechanics as to what constitutes the right fluid.

Thank you for proving my point…If transmission specialists are confused…then how the heck is the general public suppose to know.

Well I do know from experience that Mopar transmissions that call for ATF+4 don’t shift worth a $#%#@! if you use one of the “recommended for” generics with an additive and not the real deal.

@oblivion A few years back I did some work on a relative’s Grand Cherokee. Instead of using ATF+4, I used the store brand atf

but I will say this . . . it wasn’t a multipurpose atf. It was only supposed to substitute for ATF+4, and nothing else

The thing was shifting fine before, after, and it still is, a few years later

But I wouldn’t have used multipurpose atf, which is supposedly fine for every atf spec under the sun