… featuring the new Plymouth Fury, plus some “show” cars, including the Mercury XM Turnpike Cruiser, which gave a hint of the actual Mercury Turnpike Cruisers of '57-'59.

Also featured is the Chrysler Plainsman station wagon, with a then-revolutionary power-folding rear seat. And, last but not least, the fabulous Packard Predictor! Like many show cars of that era, these three were all constructed for the American manufacturers by Ghia of Italy. 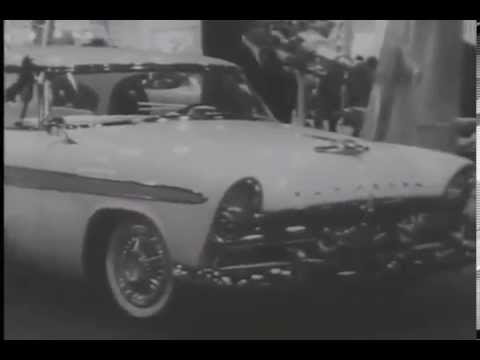 Heh heh. Beautiful cars. I think if they’d bring the sheet metal molds back from Brazil or wherever they went, they could sell those cars today.

I suppose I was 9 at the time but a kid down the street had a 57 merc little electric car that he’d drive on the side walk. I always wanted it. His dad owned the dealership and it was a special promotion. I ran into him at a retirement seminar when we were both over 60 and I asked him whatever came of that car he had that made everyone jealous? He didn’t know. Just disappeared. Like a lot of our stuff, I think our moms just cleaned house and got rid of stuff worth a fortune today. I bet that little 57 merc electric car would sell in th $30,000 range.