A pharmacist in Australia believes he wrongly received a $180 speeding ticket and is spending years and a fortune to prove it was “flat out wrong.”
He once successfully fought another traffic citation using Google Earth!
Sometimes A Man’s Got To Do What A Man’s Got To Do! 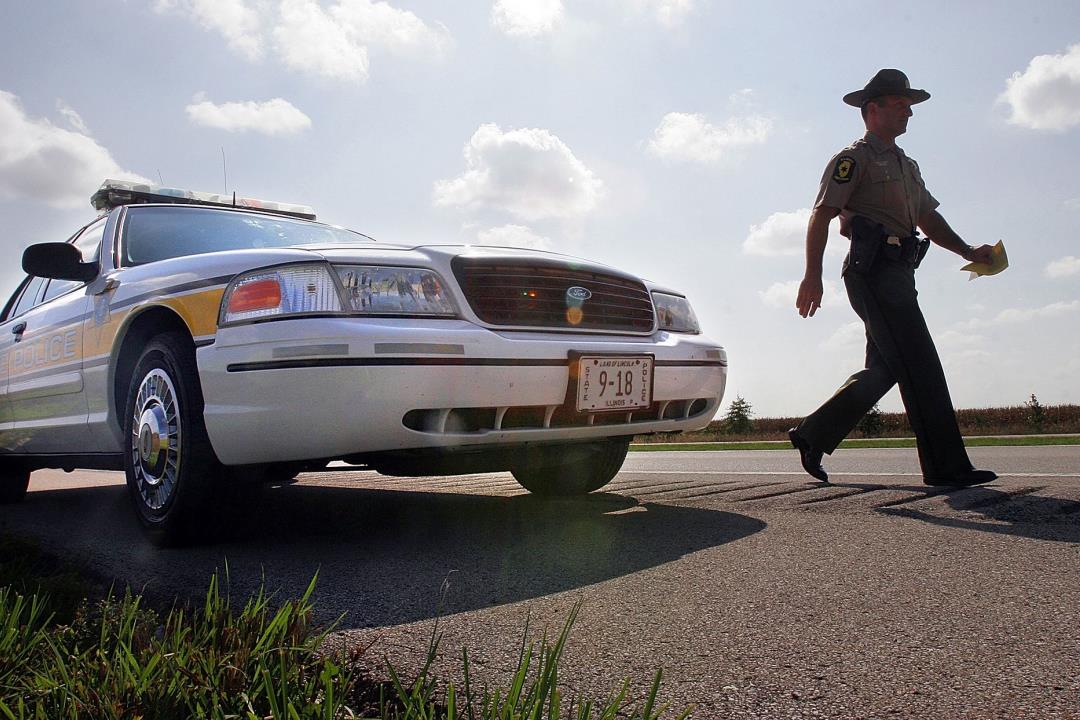 "Justice will be served."

What do you think? Is this guy a fool or is he a hero amongst men?
CSA

Since he can afford the expenses, I have to assume he isn’t a fool, but I cannot consider him a hero either. Maybe he’s just an ornery cuss. Like me.

He’s not a fool, but terribly misguided on what this is all about. To spend $14000 fighting a $180 ticket is plainly stupid. Unless it involves loss of driving privileges, I would have just paid it.

The benefit of this is that he gets a real time experience how democracy without bribes and intimidation works. I recall a friend working in Abu Dhabi being arrested for “passing a Sheik” in a Rolls Royce, without even exceeding the speed limit!.

I had a situation years ago when making a left turn at an intersection that was glaring ice (city’s fault). The light turned red before I could complete the turn, and I got a ticket. I was a student at the time and this cop seemed to have it in for students.

It was December 24, and after he gave me the ticket, I stared at him and told him “Don’t forget the TRUE meaning of Christmas!”

I salute the guy. If he has the money to argue the point then push it until hxxx freezes over as a matter of principle.

Many years ago I lost a motorcycle title and applied for a duplicate. No big deal I thought. The agent ended up charging me about 5 bucks and change more than what he should have so the fight was on.

I spent about 5 months and took off work early a number of times to butt heads with him. Each time he offered me another dollar back. That only reinforced my position because as I told him, if I were wrong you would not offer a dime.

Finally at the end he offered me the excess back along with the fee that should have been charged just to be rid of me. I told him I’d accept it if he gave me a written apology.
That really pushed him over the edge and he flat refused; screaming and cursing through it all.
At that point I told him to keep all of the money because it wasn’t about that anymore; it was about principle. His jaw dropped, along with other patrons of the agency, when I told him to keep the money for the coffee fund and walked out.

If I ever won the Power Ball there’s a lot of people who would rue the day I did.

Great anecdote. I’m the same way. I had a mortgage on my house when I bought it 30 years ago. Since I live in what’s technically a flood zone I decided to carry flood insurance.

It was only about a 20 year mortgage (bi-weekly) and when the balance was down to 25 or 30 grand 15 or so years ago, I got a letter from the mortgage company (an outfit other than the original lender that the mortgage was sold to) from some jerk on the 5th floor of a building in Chicago, saying that the amount of flood coverage I had wasn’t adequate and that I had to up it to the inflated value of my entire property.

I argued that with the coverage I had they were set for beyond the mortgage balance, but the letters and calls continued. I finally said that if it continued I’d pay them off and they wouldn’t get another dime. It did.

I went to bank and withdrew enough to write the check and mailed it and demanded an apology for the harassment. It arrived a couple days later. They showed me, eh?

I got a “red light ticket” recently where I was called back to the hospital urgently. The “red light” was a right turn at a fwy on-ramp where the only other traffic is from the opposing side making a left onto the same ramp. You have a good 3 miles of unrestricted view, so I did not make a “full” stop. The cop would not have any of this and gave me my 1st ticket in 35 yrs of driving.

I am pxxxed and not even sure what I would do in a similar situation next time (critical patient in the hospital, colleague desperate for help), but I guess I have to pay, since fighting it is very time consuming (I assume by design!).

Speaking of car movies, I watch movies like about never, but I remembered a scene from one. I think I found it, but I can’t do videos on this low-tech P.C. set-up.

See if this guy, Jack Nicholson, does what a man has to do…

@Docnick
"@CSA Love that sandwich scene!!"
Good to hear. I wish I could watch it. I can see the opening still shot of Bobby (Jack), but my computer times out on the download. :neutral:
CSA

I wonder if he also gets his legal expenses reimbursed if he wins his case and the ticket is dismissed?

I read the article, and from what I understood, the guy DID win his case on appeal

But the police are now appealing his victory on appeal

I won a contested ticket a while back, but the only reimbursement I got was the price of the ticket, which I pre-paid to avoid having late payment fees added if I lost.

Kudos to the man but for me…I would just pay the ticket. I’ve got away with countless traffic infractions and $180 is a small price to pay. There are no perfect drivers in the entire world.

There are no perfect drivers in the entire world.

Yes there are, my mother. If you don’t believe me just ask her!

That’s called winning the battle and losing the war. My time and money are precious to me. I want to spend both (especially my time) with my family and the ones that I love. I hate giving in on principle but sometimes it’s the SMARTEST thing to do, even if it goes against your principles. Do you think that the police or the government ultimately give a darn about his $180? They are enjoying dragging this out and making him waste so much of his time and money.

Some tickets result in hilarious situations. A neighboring city has a discrimination hotline where citizens can call in if they have been discriminated against by police or city employees!

One of the first ones to call in was a gentleman from SE Asia who was caught in a radar speed trap and charged “discrimination”.

He demanded to go to court, where the judge, after hearing the officer’s testimony, explained to the gentleman (who was not an engineer) that “The radar equipment is designed to measure the speed of the vehicle, not the color of the driver’s skin”.

One of the all time movie misquotes. The Duke actually said "A man oughta do what he thinks is best."

GeorgeSanJose: “I wonder if he also gets his legal expenses reimbursed if he wins his case and the ticket is dismissed”? HAHAHAHAHAHAHAH!!!

There was a state trooper in this area about 10 years ago who wrote tickets out the wazoo for speeding. Both of my sons, my daughter, friends of my son, and even my wife (he let her off with a warning) along with others were ticketed.

The really suspicious part was that everyone, and I mean ALL, were allegedly doing 73. What are the odds of everyone violating the law by the same amount? Zero IMO.

When he stopped my youngest son and wrote him up for 73 in a 65 I was with him at the time and knew beyond all doubt that he was not speeding by even 1 MPH much less 13.
They blamed it on an “inaccurate speedometer” which was checked and determined to be near dead on. Still guilty…

My wife often speeds but never by that much. She will fudge 5 MPH, nothing more, yet it was claimed she was doing 73 in a 55.

I’m not familiar with Australian traffic laws. I have driven in several foreign countries and you have to realize you are not in Kansas and traffic laws may vary (sometimes a lot). I was advised in the mid 1970s that when driving in Mexico, If pulled over by police when you have been doing nothing wrong the correct response is: “I’m very sorry officer. How much is the fine”. Usually about $20 cash which disappears in the officer’s pocket and you go on your way. Irlandes may be able to confirm or deny this.