Some plug manufacturers offer V or U shaped center electrodes to help improve HC emissions. I’m using an NGK with a V groove in my Corolla currently, and I think it might have improved the HC emissions level a little. It passed with a slightly bigger margin that it had before after I switched to the V groove spark plug. The groove yielded no noticeable effect on performance though.

I believe you mean “side electrodes.” 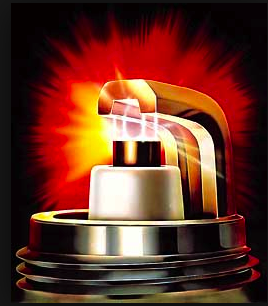 I owned a 2004 Sienna for many years. I changed the plugs twice. Once at 105,000 miles and once at 210,000 miles. I used OEM Denso Iridium plugs both times and the old ones always looked like they could have gone another 50,000 miles easily. I had the dealer replace them at the same time as my timing belt and water pump and it ran about $800 for the whole package. Since the van hardly ever needed repairs (other than maintenance) it was a worthwhile expense every 105,000 miles. My independent mechanic could not do it cheaper than my Toyota dealer. Shop around but stick with Denso (or NGK) Iridium plugs, as specified in your owners manual (yes the plug specs are in your owners manual).

I once made the mistake of dropping my motorcycle off with a new set of plugs at a local dealership service department, only to discover they never bothered to inspect them as instructed, and just swapped them out. I never went to them for service again after that, knowing the dealership owner’s son chose to ignore my instructions.

Granted, there’s cause to be upset they ignored your explicit instructions, but it would never occur to ME to “inspect and reinstall” plugs.

If I spot shoddy or half-a##ed work on my bike, the mechanic or shop who did the work will never lay their hands on any motorcycle I own ever again. I’m a lot more forgiving when it comes to my car, because there is a lot less at stake.

The manual calls for inspection of the plugs at 24,000 miles and replacement at 48,000 miles

What would be the downside to not re-installing the same plugs? At 48K mi, that sounds like (probably) platinum plugs. What’s a plug run these days? If anything, I would see replacement as preferable, at least if OEM was used. Out–what–an extra $10 or so? Versus the cost of the service, seems like chicken feed.

I can’t imagine they get told to re-install very often; hence, they probably replace at 24K as SOP. So, if instructions got crossed, your mech probably thought he was following “best practices” by putting in new, even if old “will do.”

I don’t waste money, even when it’s only a little.

I don’t understand what’s so difficult about understanding this concept of doing what the customer asks.

“I don’t waste money, even when it’s only a little.”

If that is true, why aren’t you inspecting your own plugs? Difficult access or lack of time?

…why aren’t you inspecting your own plugs?

…because even with pictures in the manual with which to compare the plugs, I am not comfortable spotting subtle signs of problems on my plugs and reaching a diagnosis, so I value a professional opinion. I don’t consider the money I deliberately spend on a professional opinion a waste, but I do consider this a wasted opportunity to make sure the bike was running well in terms of valve adjustments and carburetor adjustments.

“Subtle signs”…I believe you way overestimate the skill of this (or any) mechanic.

Perhaps I’m not fair expecting so much from motorcycle mechanics, but I now do most of my own maintenance and repairs, and I’m very happy with my current mechanic. I couldn’t talk him into doing the head gasket on my car (he was too busy), but coincidentally, the sign on his truck says he can fix anything that uses a spark plug.

I don’t waste money, even when it’s only a little.

You’re already paying for the labor to remove the plugs

Here’s a suggestion for next time . . . have them replace the plugs, but label the old plugs, as to which cylinder they came from. Label each one with a black sharpie, and put them in a zip-loc bag. That way YOU will know what’s going on, even if the mechanics don’t care, as you may be suggesting

We are a little off topic here so here is my contribution. I had a drive belt break on my riding mower . I had them pick it up and take to shop. I told them to do all belts and annual service. Now I put a plug and filter in it about 6 weeks ago. When they bring it back I will have a new plug and filter along with the oil change and everything else the annual service does. That is fine with me. Sure, the plug might be fine but they don’t want problems and neither do I.

It’s a moot point now. I never went back and my current mechanic would never make this mistake. He listens to what his customers say, and if he doesn’t like my directions, he says so and tells me why up front rather than say “okay” and then ignore what I asked for.

I believe you mean “side electrodes.”

With NGK v power plugs, it’s the center electrode that has the V shape, not the side electrode. 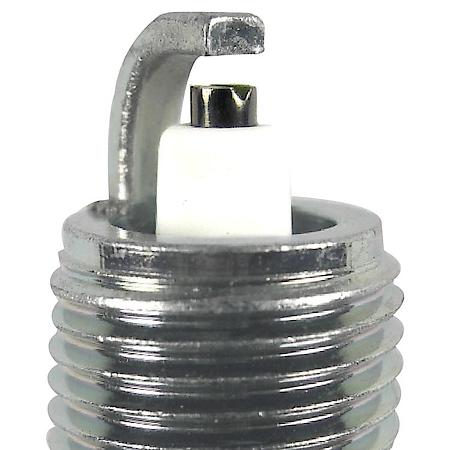 Six of one , half dozen of the other. You wouldn’t think the shape of either spark plug electrode would make any difference, flat vs v shaped. The reason I tried the v -shape on my Corolla is b/c I read an article by a race car tech saying he found he could get better engine performance on his race car by custom filing the shape of the outer electrodes to a sharp point to produce a more healthy spark. He filed it so the sharp point was back further too, so there was more horizontal orientation to the spark, rather than all vertical. I wasn’t interested in engine performance myself, just improving the HC emission level, and by the last emissions test it may have done some good.

I was researching the topic a little bit when deciding if to take platinum or iridium plugs from NGK, and they explain quenching effect here:
http://www.ngk-sparkplugs.jp/english/techinfo/qa/q16/index.html
I’ve ended up going iridium, surprisingly they were few cents below platinum at rockauto.

If you go over there with your registration slip . . . which includes the vin number . . . there’s theoretically no way to get the wrong plugs. They won’t ask you if you want iridium or platinum. They’ll simply sell you the correct parts 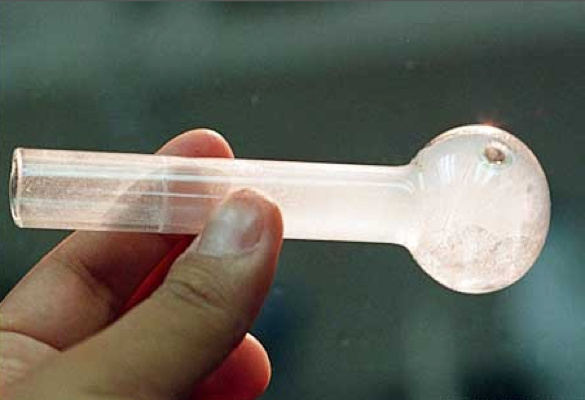 Thanks for the additional replies. I reread my owners manual and still confused on how the schedule to change the spark plugs is 120K and in another part of the manual it says use OEM plugs are good for 60k. Maybe not worth worrying about. The Denso SK20R11 plugs are rated longer for 80 - 100k so maybe better to go with them vs the OEM which someone mentioned might have less risk of a compatibility issue but again sounds like not a big worry?