Smashed into a concrete dividing median

4am this morning - totally dark, windows fogged crossing through an intersection with a really bright green light - so all resulted in me not being able to see the concrete median I was headed straight for at full speed. Smashed into it really bad - twice - because it was an odd shape that stopped and started again all within about 2 feet. After the initial shock and having everything fly everywhere, I thought for sure my axle would be broken but after pulling over and starting to slowly drive away - the first thing I noticed was a huge vibration so I figure my wheels got bent. Then, after it got light out, I stuck my head under the front and saw that the oil drip pan was totally crushed with a huge dent. It looks really bad. I am even more afraid of the cat being damaged since it hangs way down and must have taken a hard direct shot as well.

My questions are - what should I be looking for (other than losing all my oil from a severe crack or leak in, from or around the pan). I have read that such damage to the oil pan could result in the pump being killed and/or the engine being starved of oil even if there is oil in there. It will be a couple of days until I can drive around to see how things behave like the alignment. Has anyone had something like this happen?

It is always something. This was really upsetting. It was the worst “accident” in terms of how bad the impact was I have ever been in. One of the reasons I didn’t see it was that someone else had already taken out the sign - so in addition to running over / into the concrete, I also hit and ran over both the broken off metal post still sticking up from the ground AND the sign which was laying long-ways along the median as I impacted it all.

If this is the 2001 Cavalier that you have several posts about it is time to put it out of your misery . Only a body shop can tell you how much damage there is and cost . But I suspect it will be way more than the value of this vehicle.

My questions are - what should I be looking for (other than losing all my oil from a severe crack or leak in, from or around the pan).

I would suggest to look for your insurance coverage and check if you carry collision coverage or liability only.
If covered, you might get some retribution minus deductible, but from description it seems to be a total loss, repaired car value less than expected cost to repair.

I tend to go along with Volvo about the repair costs being more than the car is worth if you’re referring to an aged Cavalier.

What can happen (unknown to me if this is the case here) is that the oil pickup tube in the pan can be broken or dislodged a bit to where the oil pump will not pick up any oil; leading to no oil pressure and a ruined engine.

There’s also the strong possibility of some suspension/steering damage.

I can understand making an error and hitting a median. There are a couple of goofy medians around here that I have come pretty close to whacking and judging by the number of tire marks and pieces of missing concrete it appears that many were not so lucky.

Just people that drive in the dark with fogged up windows.

Can you post pictures of the damage? Hope you are all right.

Get some photos of the missing sign too, for your records. This doesn’t seem like a diy’er fix is the way to go. Inform & work with your insurance company to get it resolved. They deal with this kind of problem daily and know all the options. Suggest to focus on your good fortune that you weren’t injured. Bent metal problems can be solved; bones, not so easily.

Smashed into it really bad - twice

In my day, when you smashed your vehicle up, it usually meant totaled.

If you’re worried about losing oil pressure to the engine because you smashed the oil pan, you don’t take it for a test drive to see - you tow it to the mechanic and get him to put it on the lift and actually look. Otherwise, you are guaranteeing that you will get the engine damage that you are wondering about.

You didn’t ask for this, but I have to take exception to how you let the crash happen. If your side windows were fogged (a condition that you are NOT supposed to be driving with) you still should have been able to see the median coming up through your clear windshield. If your windshield wasn’t clear, then what the eff were you doing driving the car??? You’re going to kill somebody.

I know this is not what you want to read, but the main reason you didn’t see it is because you were driving around with fogged over windows. That was not a wise decision. Next time, defog the windows before you start moving. That may sound like I’m piling on in your time of upset, but… Come on. You’re going to kill someone doing stuff like that. Being able to see is kind of a basic requirement for driving.

As to the car, you’d have to post pictures for anyone to hazard a reasonable guess, but based on your previous posts if the damage costs more than $1 to fix, the car should be totaled because it’s too much of a wreck otherwise to bother fixing.

the main reason you didn’t see it is because you were driving around with fogged over windows. That was not a wise decision. Next time, defog the windows before you start moving. That may sound like I’m piling on in your time of upset, but… Come on. You’re going to kill someone doing stuff like that. Being able to see is kind of a basic requirement for driving.

+1
However, if you read the OP’s other posts regarding this car, you will see that he has been driving around w/o functioning A/C for a year… or more. For those who think that A/C is only for comfort… think again. A/C can be vital to one’s safety… as this incident proves. 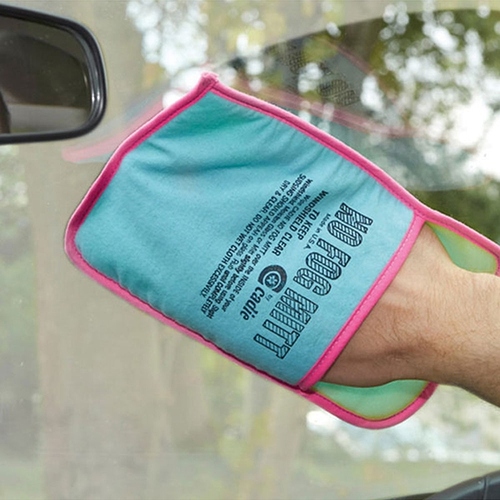 There was a time when air conditioning was very rare. There was also a time when it was common but my dad was too cheap to spec it in any of his cars. I grew up watching him use those things, and they work well and cost less than 7 bucks.