As many of us predicted, high speed rail in the USA will not come to fruition. 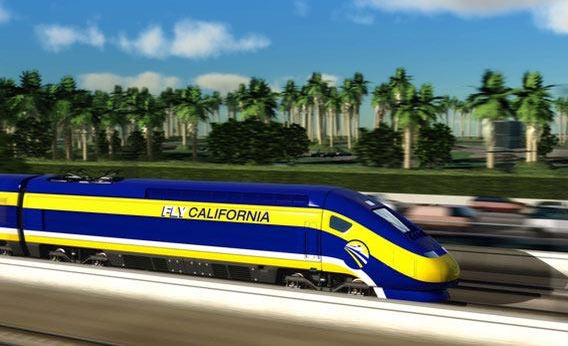 High-Speed Rail Is Dead in America. Should We Mourn It?

If you live in Los Angeles, Orlando, Cincinnati, Chicago, Milwaukee, Raleigh, or any number of other U.S. cities, chances are you’ve read a news story...

My thoughts center around all the money that has been wasted on this project already.

Wasted? The money wasn’t wasted…the money bought votes! Did you think it was actually about benefitting the country?

Great article. Enough to make Eric Holder weep. Now if they’ll only officially kill that dumb “black hole for money” once and for all…yeah, like THAT will happen!

Think of this “project” when you visit the voting booth next year.

Just NOT with tax payers money. BILLIONS of dollars to benefit a much smaller set of the tax paying public.

While I am 100% for the idea, and lines such as in Cali and FL plans. I honestly dont get the costs involved, they all seem very very high unless people (LOTS OF PEOPLE) are linning there pockets with these projects. I feel that corruption rather then poor plaining (although that was probably part of the corruption) ended this bid for highspeed rail. Bottom line is if Japan, many parts of Europe and even China (although theres is not so safe from what I understand) can we do it so can we, and so should we. Amtrak is going to fail, becaused its to expencive and not fast enough. Why sit on a train for 24 hrs when you can be on a plane for 3 for the same or less money??

Mike, one way or another its going to be tax payer money that pays for it. Its not going to be private industry, its too big of a project with too iffy of a return. Whether it be state or federal its going to be paid for by tax money. With that said so was the interstate system, and can you imagine the USA without our interstates?? High Speed rail MUST be in our future if this country is going to remain on top… Its not just people, its cargo, its mail, its everything that moves can be moved more efficiently, faster and cheaper if we had REAL high-speed rail.

No corruption, it’s just amazingly expensive to put in high speed rail - all new lines, property purchases, and very expensive equipment. We saw what happened in China when corners were cut - trains crashed.

There is no need for high speed rail in 90% of the US. Boston/Washington, sure, but everywhere else it makes much more sense to drive or fly.

We’ve had a very long thread on this last year. The conclusions were that it made sense in certain areas of the country, mainly to alleviate traffic jams. No amount of rapid transit will make a significant dent in global greenhouse gas emissions.

Pumping this mode up with large subsidies makes no sense in the US. Japan’s bullet trains lose money, but the alternative is unthinkable because of the population density around large cities.

Where I live the study group is still analyzing a link between 2 major cities, but the interim solution has been express busses. The rapid rail link will have to wait another 10 years or so.

Like Mike, it isn’t the rail service itself that I’m against, it’s the use of taxpayer money…and once it’s built it’d be a huge drain on taxpeyer coffers for all eternity, one more huge bill that can never be eliminated.

Prehaps creation of a seperate dedicated road (or lane) just for busses would be a better idea. The busses themselves could be privately owned and operated, and the service could be expanded or contrracted to meet changes in demand. Of course, dedicated bus lanes wouldn’t buy as many votes or allow Eric Holder to expand his agency and enhance his power.

Mike, one way or another its going to be tax payer money that pays for it

Then it SHOULDN’T be built. Unlike the highway system…the high-speed rail system is only to be used by a very small subset of the population so it should NOT be funded…PERIOD.

Let’s exhaust all other avenues to alleviate pollution and traffic FIRST instead of spending BILLIONS of dollars on something that MAY work.

The roads and highways should (and largely are) funded 100% by the folks that use them, through gas/diesel taxes. Try this with high speed rail and it’ll cost much more than a plane ticket, and next to nobody will use it. Only in high-density areas does rail make sense.

Here in Florida, voters can’t make up their minds. First, they voted for high speed rail, so millions of dollars were spent planning it. Then, a couple years later, voters voted to repeal it, ensuring the millions of dollars spent would be totally wasted.

I believe we should spend tax dollars to build it, just like tax dollars have been spent to build infrastructure in the past, but only when we have the money to spend. Let’s pay off what we owe first, bring the federal deficit to zero, and then built it when we can do so without making future generations pay the price tag (plus all the interest on the borrowed money).

Transportation infrastructure has always paid off in the past, and it will again in the future, but we need to learn to live within our means, and stop passing the bill to future generations.

Yep, it’s all location, location, location.
I can’t see using a train for our trips to Albuquerque based on the reasons and times that we go.
Yet the Rail-Runner train running north-south from south of Albuqueque to Santa Fe has great utility for those who use it…and it’s losing money.

My son lives in San Francisco.
Doesn’t own a vehicle.
Doesn’t need one

But neither of those are high speed.
They’re just trains, subways, busses, or other mass transit which must make a lot of stops to cycle lots of people on and off.

Perfect devices. One doesn’t need a shotgun to kill an ant.

I’ll confess not taking the time to read the whole thing but seems to me high speed rail here does not have the same chances as in Europe. I think they have to concentrate on major commuter lines to be successful here and not try and connect all points. The US is spread out over thousands of miles and the most practical way to hit all those spread out points is by car. Plus in Europe, you can get to any small town quickly by train, and once you get there, there are taxis lined up waiting to take you the last few miles. That’s not the case in the US. You can end up in podunk center and be totally without any taxis, bus, or other transportation except walking. Just ain’t gonna work here.

I’ll say something along the same lines as Bing. In Europe, it’s easier to get from your residence to the departure train station and to get from the arrival train station to your ultimate destination because most cities have efficient public transportation (and you might even be able to walk because their cities are more compact). In the U.S., that’s not the case in most cities, so you’d need the same facilities as our airports, with plentiful parking at the departure train station and easy car rentals at the arrival train station. That’s a major added expense.

Government funding is necessary for projects like this. When the wealthiest 1% who have 40% of our wealth in this country decide to take subway trains to work…we will get funding for these programs. That ain’t happening anytime soon. The “Donald” types travel by helicopter. I wonder if “helipads” get govt. funding ?

We cannot continue to widen highways and add more layers of elevated parking. We can de-urbanize or devise a workable mass transit or???

We already have the start of high speed rail in the Northeast. Acela runs from DC to Boston at higher speeds, and stops at fewer places than the sower Amtrak service. Still, you don’t save a lot of time. I used Amtrak to travel to CT for business earlier this year. My trip went from BWI (there’s a train station there, too) to Stamford. Acela takes 36 minutes less than the 170 Northeast Regional, yet it costs twice as much. How can anyone justify taking Acela when the time savings is so small? Sure, Acela only goes 150 MPH, but there are enough stops that it averages only 70 MPH. A 200 MPH train could make the trip to from DC to Boston in less than 2.5 hours, but that’s not practical. It would have to stop in Philadelphia and New York at least, and probably in Baltimore and New Haven/Hartford to provide the riders needed to make it work. So now we’re pushing 3 hours, and the cost is likely to be at least twice the cost of Acela. Now I can cave an hour over the regular old train, or I can save $400. How many people are going to take the bullet? Not many, I suspect.

But I really do like taking the train. It was the same time as a plane, including waiting at the station (terminal) and driving to the final destination. I didn’t have to crawl 10 miles over crushed glass to get to the gate. The seats are wide with lots of leg room, and there is a 3-prong plug to power your laptop instead of that expensive one-off power plug the airlines insist you use if they provide one at all .