Yesterday I purchased a 2010 Acura TSX with 5700 miles. A loyal customer of the dealership changes leases every three years, but Acura bought him out of his lease early because, obviously, he doesn’t drive much, the car is in near pristine condition and put him into a 2012 for the same monthly amount (according to the dealership’s business manager). When I was being coaxed to purchasing the litany of extended warranties, coatings, gap insurance, etc., the only thing I purchased was gap insurance (reluctantly at that). The end price for that was $299 and goes for the length of the loan. I know through posts and Consumer Reports suggestions none of these should be purchased, ever. During the process, the salesperson tried her darndest to get me to buy the extended warranty because of “how expensive it is to service and fix an Acura” ($ examples happily given). I’ve driven Honda products exclusively since 1999 and never had a problem with any of them. My trade in was a 2006 Civic Hybrid that was routinely serviced by the dealer just because I wanted Honda’s knowledge behind the hybrid service. Dealership service was higher, but reasonable. Prior to that and in another state, we had a great automotive company (non-Honda) do all our servicing. Here’s the question. Is it the tactic of the salesperson selling the add-on goop trying to scare the day-lights out of the customer in order to buy these insurances simply because it’s good business for them or did I get myself into a higher-priced car that really does require a lot more $ to keep running smoothly?

NEVER EVERY buy an extended warranty…EVER…

They are nothing more then a very very expensive insurance policy. The reason the sales person is pushing this is because they get a commission on the sale of the warranty. Of course they’re going to push it. Last I heard it was something like 1 in 100 ever got the complete return of their investment in the extended warranty.

enjoy your new car and forget second guessing your decisions. You did good. Scare tactics are common in sales of any insurance and essentially an extended warranty is insurance. If your Acura needs a new trans someday it will cost more than a Honda, but not that much in that is likely a Honda trans anyway.

No matter what the manual says you should consider changing the trans fluid every 30K miles. That’s the best way to “insure” your trans will last a long time.

Based on Murphy’s Laws, if you have any issues, it will be when the warranties have expired anyway. What you can do is, take the $ that you would have spent on the warranties, and get a CD at the bank or just drop it in a basic savings account. Then if you need a repair, you have some $ standing by. Just maintain and enjoy your Acura, nice car btw.

An extended warranty is nothing more than an extremely poor bet. You’re betting the warranty company that your car will experience more than the cost of the warranty in the covered period and in covered failures.

That is usually when I say, Oh my god, what a mistake was I about to make, thanks for letting me know. I will go buy a Ford…

The sales associate was so interested in selling you an extended warranty because she and the dealer split half of what you pay. They probably wanted $2000 or more. Keep up with maintenance by the Acura book. Except change your auto trans fluid every 30,000 miles. And you might want to change the engine oil immediately unless the dealer did it recently. For a 2010 with only 5700 miles, it may well have been more than 6 months since the oil was last changed. Enjoy your new car!

It seems to me that a significant fraction of the profit made on a car is in the extended warranty and service package and all those little things. My ex husband bought a car and loaded up on every one of those stupid offers w/o negotiating and virtually doubled the price of the car (he didn’t know any better). I was pretty pissed, went in to the dealership and told them to take ALL that crap off and they tried and they negotiated. Right before taking back the warranty, they wound up offering half the original asking price which to me suggests most of it is profit. I agree with mountainbike. Its gambling – “the house always wins” scenario. They cannot afford to let you benefit from the warranty.

I do think it was smart to get the gap insurance, particularly since it was so cheap.

If a salesperson made a comment about buying an extended warranty because the soon to be purchased vehicle is expensive to service and fix then I’d stop right then and tell them the deal is off for that very reason. See what the salesperson (referred to as transportation counselors at one place I worked) has to say to that.

Other than it being a bad deal anyway, there’s always the issues of deductibles, exclusions, and a dozen other hoops that a customer may have to jump through along with the possibility of a warranty company (if not factory backed) taking your money one day and disappearing the next.
Some may have noticed the glut of ads by these guys vanished pretty quickly along with NASCAR driver Rusty Wallace no doubt distancing himself from his paid endorsements of them… 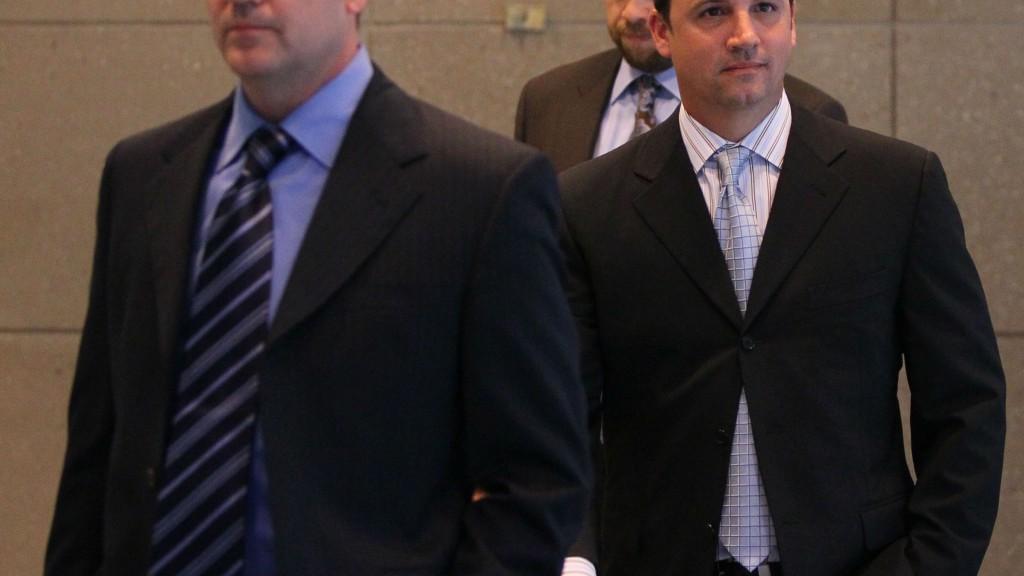 They are accused of consumer fraud, stealing and illegally selling insurance through their auto service contract company.

Well any car can have major expensive repairs.

Back in 2001 I had problems with my Oldsmobile that I purchased new in 1978. The left door was drooping and hard to close. I went to one independent body shop who said it needed a new hinge and I would either have to get the hinge from the dealer or a body shop. I went to the dealer where I had purchased the car to try to get a hinge. The service writer got the woman who managed the body shop to come out and take a look. She examined the door but said that new hinges weren’t available. I told her that I was really disappointed. I told her when I had purchased the car brand new from the agency that I was assured that parts and service would always be available. She replied that they didn’t expect me to keep the car for 22 years and drive it 225,000 miles, but she did say she would see what she could do. She went back into the body shop and came out accompanied by a great big technician who was carrying a big pin sledge hammer and a large box wrench. He loosened the bolts on the hinge, put the big pin under the hinge and pounded it up with the sledge hammer. He then tightened the bolts and the door worked perfectly. “What is the charge?” I asked. “There is no charge”, the technician replied. “We guarantee these babies for 25 years or 250,000 miles”. Now that is a real warranty. I would think that Acura could do that well.
I just sold the Oldsmobile a couple of weeks ago after owning it for 33 years. Nobody would sell me an extended warranty.

Now THAT is good customer service! That’s the kind of dealer that I’d go back to.

In the defense of the salesman and playing devil’s advocate for a moment, I might say a car salesman not only has a vested interest in selling a warranty policy (he gets a commission) but salesmen are under a godawful ton of pressure to sell warranty policies and who knows what else. Failure to do so can lead to a short career.
I’m not defending the practice at all; it’s an inherently evil system just like mechanic flat rate pay.

Owning an Olds for 33 years is astounding; and I just thought I kept my cars a long time! So much for GM cars of this era being in the boneyard by the age of 6.

A neighbor of mine passed away about 2 years ago (he was a farmer, and wealthy) and at the time of his passing he still owned 2 vehicles that he bought brand new. He drove one of those 2 vehicles (a '55 GMC pickup and a '65 Chevy Bel Air) on a daily basis and in spite of his 90+ years age he was a very good, conscientious driver although he seldom hit the speed limit on the highway.
After probate his relatives sold the Bel Air and used the GMC although I think they may have recently sold the truck. Pretty amazing lifespan on those vehicles and they’re not done yet.

I think people want to be protected against any financial loss. The problem is that they lose more buying extended warranties than they probably would making repairs over the long run. I purchased a new large screen television and didn’t buy the extended warranty. Under the factory warranty period, the power supply went out. When I went back to the store where I bought the television (a national electronic chain), I was told that since I didn’t purchase the extended warranty, I would have to deal directly with the manufacturer. Fortunately, I had my receipt and the original papers. I called the manufacturer who put me in touch with the “Geek Squad”. I had to wait 10 days, but the technician showed up with the correct circuit board and had the set repaired in under 15 minutes. If I purchase a television set again, I’ll buy it at WalMart. I can always go back to the manufacturer on the maufacturer’s warranty period.
The really good warranties I have had came from auto parts stores with lifetime warranties. I bought only one alternator for my 1978 Oldsmobile in the 33 years I owned it, but got a free replacement a couple of times. I think I went through three heater blower motors, but only paid for one. I’m no mechanic, but these parts took me less than 15 minutes to replace.

Here’s a good general rule: Only buy insurance for things you can’t afford to fix yourself (your health, your life, your house, and, for replacement, your car).

You can get gap insurance through your normal auto insurance company.

Texases has the idea I can agree with. Though I can agree in principle to what everyone else says, my neighbor leases or buys trucks with extended warrantees. He plows, hauls gravel and trailers his equipment. Replacement or fixin broken parts is the norm for him. His last truck came without… He has a new mechanic who can do just about every thing. I don’t see OP needing one.

While the dealer is trying convince me to buy an extension, my conversation with him aways includes, " you don’t think much of your cars if you think they need it. Perhaps I should shop elsewhere." My reluctance to over insure stems from my observation that insurance companies tend to own the biggest buildings in town and I’m not going to pay to heat them.