Son has a 2009 Accord v6 that is fouling the plug in cylinder 3. Was told by Honda that the piston ring was the culprit, stuck in the open position. Was told that it would be $3-4k to re-ring that bank of pistons. Also told we could try some bg products, so are going to try a bg engine performance restoration product to see if that can help.

Couple questions…anyone have any experience with that product? Also, if the ring is stuck due to carbon buildup around the ring, would another potential fix be to spray carb cleaner into the cylinder through the spark plug hole, then either let it sit or run it for a brief(maybe 15 seconds) time before changing the oil?

I’ve used this product to stop/slow down oil burning with good results.

And I’ve used this in an attempt to free stuck piston rings. 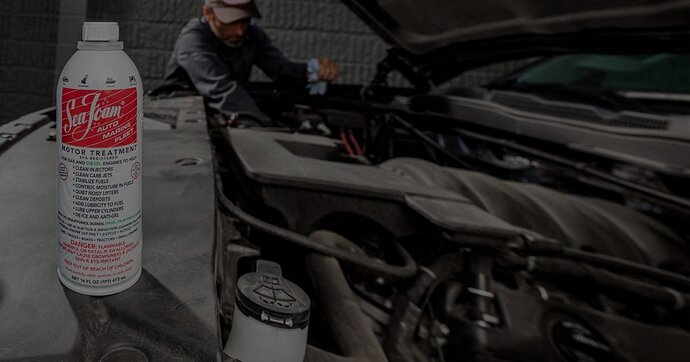 Sea Foam Motor Treatment is a fuel and oil additive that works to clean and lubricate all types of gas and diesel engines. Safe and easy to use!

The company I formerly worked for had a lot of experience using various BG products. For the most part they performed as they were claimed to do. Piston rings do not open or close, however. If you were told that it is stuck “open”, that is BS. If, on the other hand, you were simply told that you have a stuck piston ring, that is possible,but I’d sure want a second opinion.

Thanks for the reply. Open might not have been the correct way to put it. Believe the rings are designed to expand and contract with heat? So maybe stuck in the contracted position such that the ring gap allows oil to bypass?

A stuck piston ring means ring is stuck in the piston groove due to carbon. 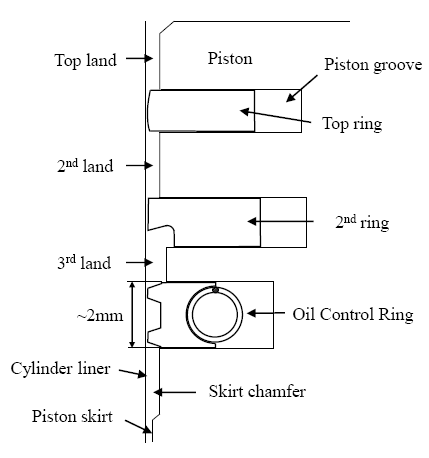 This doesn’t allow the ring to float in the piston as it moves up and down in the cylinder.

Fixed coked rings on my boat with some Yamaha ring cleaner, this may give you some ideas. https://bobistheoilguy.com/forums/threads/best-cleaners-methods-for-stuck-rings.19528/

In the past 6 months, it’s fouled the spark plug on the same cylinder twice. Caused a flashing CEL and all that. We found out only too late that Honda had issued a TSB for the problem. It involved replacing the rings on the affected cylinders. Sadly…our Odyssey was just past the extended time period for the TSB coverage.

From what I read, the problem is related to the VCM cylinder deactivation system on the 3.5L V6. I purchased a VCM deactivation device and installed it, and that’s supposed to resolve the issue. So far we’ve had no problems with the device.

Before you go spending several thousand dollars on a 13 year old engine with a known design flaw… I’d do some research on Honda VCM defeat devices. Good luck.

Thanks for the replies! Funny, I did also read about the deactivation being a potential cause for this issue. Techs at honda also stated this was known issue in part due to cylinder deactivation. Joked with them about wanting to deactivate the deactivating of cylinders, but had no clue it was actually an option. Will definitely look those up.

Honda issued a supervise bulletin (SB-10053762-6750) dealing with an issue like this. The service bulletin says:

You are past the warranty date, but the service bulletins related to this issue might help you. You can get the one I referenced above at safercar.gov. Click on recalls then scroll down to the table and click on “Manufacturer Communications”. The SB I mentioned is on page 4.

Marvel Mystery Oil in the fuel is worth a try.

If you pour or spray any liquids into the cylinders through the spark plug holes, be sure to crank the engine a few times to expel it before reinstalling the plugs. Remember that liquids won’t compress like air does.