My car shakes when I start it. It shakes more after it’s been sitting for a while and I start it. It shakes a little when I crank it up after driving it for a while and stopping somewhere (like going into a store & coming back to the car and cranking it up it doesn’t shake as bad as if the car were to have been sitting for hours and then cranked up). When I first start it in the morning sometimes I can kind of smell gas but that goes away when the shaking smooths out. It accelerates slow while driving and it struggles the most to accelerate up hills. When I try to accelerate fast the car jerks a little and the check engine light blinks until I let off the gas.

I don’t know much about cars so I really don’t know what it could be. What does it sound like to you?

I don’t know much about cars so I really don’t know what it could be. What does it sound like to you?

Sounds like a totally worn out engine to me. Has a compression test ever been done?

The P0300 code means that a cylinder(s) is misfiring or is randomly misfiring. Start by checking for intake leaks, intake gaskets are commonly caused by multi-cylinder misfiring. If no leak is found the next step is to replace the spark plugs.

Check off the items that you have already done. That misfire could be low cylinder compression or a problem with the valves for that cylinder. Do a compression check then go from there. That gas smell is probably from the gas that is supposed to be compressed but is being expelled into air either through the exhaust valve or intake valve. You’re close to the solution…just a few more checks to isolate the problem.

Even had intake plenum off to replace intake gaskets? They are a poor design made of plastic and can fail. You might see a coolant loss. Or coolant in oil. Can cause vacuum leaks and poor idle.

I have been taking it to a mechanic. He originally thought the repairs he did would fix the problem but I don’t think he test drove it after as I’m still having the same issues as before after receiving by car back. I’ll be bringing the car back in but I just wanted to know myself a little of what could be happening

You need to find a different mechanic as this one is just guessing and throwing part’a at it with no result’s.

I actually was having an issue with coolant but when I brought it in the first time for this code & had the fuel filter and injectors replaced he also fixed that issue for me as well. I think I remember him mentioning a gasket replacement along with hoses. He was mostly talking with my dad about it though so it was a bit hard to follow

I’ll ask about that when I take it to get looked at again this week. Thanks for the suggestion

I feel that way too. That’s why I posted to try to get some help understanding the issue so when I talk with him about it again I can make suggestions. My dad wants me to go to this mechanic since they work at the same dealership together, are friends & also because the car I’m driving is my dads old car

Locate the fuel pressure regulator on the fuel rail. 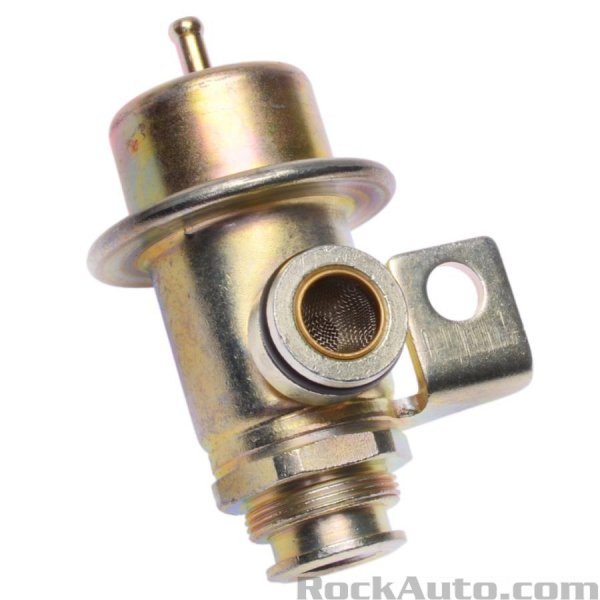 Remove the vacuum hose from the regulator.

If gas leaks out of this connection, the regulator needs to be replaced.

If it smells like gas, the oil and filter need to be changed.

they work at the same dealership together, are friends & also because the car I’m driving is my dads old car

If they are really friends then your dad should be able to ask him if he really knows what is wrong with this vehicle . Not all mechanics no matter how good they are know everything about all problems and should not be reluctant to seek another opinion.