Nissan is apparently coming to the rescue of scandal-ridden Mitsubishi Motors. 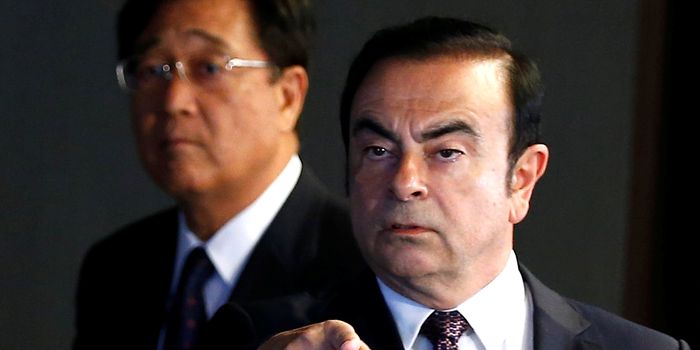 Nissan Motor Co. on Thursday said it would bet more than $2 billion that Mitsubishi Motors Corp. can recover from a scandal involving falsified fuel-economy data.

I have always liked Nissan cars and trucks for their reliability. The only thing that I didn’t like about them was their ugly trucks. The guy that designed them probably moved on to the Subaru Tribeca. My niece owns one and claims it’s the best car she ever owned. The first time that I saw it…I jokingly asked if she would park the front end toward the street. She still does to this day.

My Nissan Pathfinders were extremely reliable. I liked their styling too.

Not happy with the direction they took with the new Pathy. It’s more like the Toyota Highlander now…but wit a CVT tranny.

Well, Nissan was the one that notified the Japanese regulators that Mistu was cheating…so they set em up, now they get to take over at a bargain price. Pretty clever!

34% controlling interest for a couple billion? Sounds pretty cheap. I really can’t see what the advantage is unless they do eventually combine dealerships and other facilities.

I imagine that Ghosn will be good for Misubishi Motors.

From the Folks that gave us the hated and infamous “Zero” fighter plane ,Ghosn recognizes that there is potential there if they can be steered in the right direction .

I gotta believe most of those working there in the 40’s are now dead or retired so just not the same company. They did admit to their war crimes though so that was a positive step although a little late.

The first Japanese econobox I ever rode in was a Plymouth Champ (Mitsubishi Mirage) in 1979. Before that I had no idea it was possible to build a cheap subcompact with real power, excellent fuel economy, and relatively high quality, at least compared to the junk offered by the Big 3 at the time. I quickly realized that the Omni-Horizon-Chevette-Vega-Pinto-Bobcat etc. group was in very deep trouble.

I have felt that Nissan quality has been going down over the last decade. They used to have more solid cars but now at the expense of innovation, they are becoming more quirky. I am not sure the acquisition of Mitsu is the smartest move.

Nissan didn’t buy Mitsubishi yet. They bought on-third of it.

Unlike some other folks, perhaps the people at Nissan know better than to buy a Mitsubishi, just because it is cheap.

(I’m sorry. The Devil made me write that…)

Mitsubishi is a large conglomerate. Only the automotive division is in question here. In many areas Mitsubishi competes with GE and other power plant manufacturers.

So will this put to rest the rumors about Mitsubishi leaving the US market? I’ve been connected to companies that had scandals both as an investor and as an employee and its always been good when a bigger company with deeper pockets wants to step in and buy you out.

34% controlling interest in stock. You don’t have to buy 100% of a company anymore to call all the shots. Just ask Goodyear.

“So will this put to rest the rumors about Mitsubishi leaving the US market?”

Not as far as I’m concerned

^
Who knows exactly what Nissan’s long-term plan will turn out to be–assuming that this projected deal does take place.

As just one possibility, Nissan might decide that it is better to concentrate its efforts on behalf of the Mitsu brand in Third World Countries, where traditionally that marque is considered to be competitive. Mitsubishi’s current model line-up in The US is so limited in scope–and so old in reality–that Nissan would have to invest a huge amount in order to try to revive the brand in The US.

It may be better for Nissan to simply concentrate its Mitsu efforts in markets where people don’t expect as much modern technology or as much luxury as most US car buyers do.

34% is more then enough to have controlling interest.

I was reading an interview in Motor Trend with Mitsu’s head (don’t recall who) and he was saying their focus in US is going to be on niche cars, mostly something like the Mirage and if they are able to also capitalize on the Outlander.

So their only chance is to sell dirt-cheap cars

Ever since cwatkin and Ed bought their Mirages, I have NOT seen any more Mitsubishis than before. They clearly have a very small presence in my neck of the woods, in spite of the fact that there’s plenty of poor people here, who should theoretically be flocking to the Mitsubishi dealers