I had my oil changed (to synthetic this time), car washed and air cabin filter changed 2 days ago and since then have been experiencing burning, tearing eyes and headaches that start while in the car (with the heat on) and don’t go away for a few hours after leaving the car.

I am attributing this to the new air cabin filter and am wondering if there could be some kind of chemical on it that would be causing this reaction. (The passengers in the back have not noticed it so far.) Then today I had checked how they installed the filter and it was in upside-down to how the manual stated and I flipped it. Could that be the reason for my symptoms (and if so, why)?

I also, in the meantime, had purchased a different brand filter to replace the other one. (But then I saw that they had installed upside-down, so I may give the other one another day or two since I flipped it the correct way.)

Has anyone else ever experienced these symptoms?

By the way, I wanted to add that the cabin filter is a NAPA brand one.

I’d imagine that a filter stored in a damp location could have picked up some mold or other nasty stuff.

If the filter wasn’t too expensive, I’d personally change it just to be safe. I remember some posts here about doing some kind of Lysol treatment for the whole ventilation system, although I don’t remember the details, so that might not be a bad idea also.

Try removing the filter temporarily & see if it improves. If so I would try changing filter brands…perhaps to an OE type.

Was the interior cleaned when the car was washed. If so, they may have sprayed some deodorant or perfume in. I have the same reaction you mention to some perfumes.

Only the exterior was washed so that’s why I’m guessing it’s the filter. Does anyone know if the orientation of the filter matters? The manual says to have the arrow up (but it is not a Toyota brand filter) but I am reading online to have the arrow pointing down … does it really matter either way?

Thanks everyone for your help, btw!

Direction does matter; the tough side of the filter should go toward the cabin. Most filters I have seen are darker on the bulletproof side. It’s made that way so that the softer filter material doesn’t blow off and get in the air that goes to the cabin.

I experienced eye irritation and a salty taste in my mouth last weekend. There was 1/2 inch of snow followed by 2 inches of salt. The cars on the roadway were kicking up dust trails of salt residue. I don’t think I have a cabin filter, but could this be a similar situation?

I know it’s been ten years, but I have these symptoms whenever I get into a car that has a carbon activated cabin air filter. I know that most people think that these abominations remove odors, but they don’t. They add a cover odor that most people don’t notice, but which smells horrid to me. It causes me to experience migraines. It used to be pretty easy to find a standard pollen (or better yet HEPA) filter for most cars, but it’s becoming harder and harder nowadays.

For example, a lot of German cars only come with carbon activated filters in the USA, though you can often order a pollen filter from Europe. If the filters are square, you can also adapt a standard furnace filter by cutting it down.

Activated carbon absorbs airborne molecules. Not all of them, but many. There might be other chemicals that you are sensitive to that aren’t removed by activated carbon.

Activated carbon adsorbs, which is different that absorption. Adsorption grabs certain molecules and holds it for a period of time before it is released back into the air.

And another problem with all of the these filters is that they use finely granulated activated carbon, which gets disbursed into the air. The very same material caused serious problems with fighter pilots, who would cough up black goo after flying with activated carbon filters used in newer jets.

This is also why they put the carbon layer AFTER the actual white filter media. When they put it before the activated carbon, the filter media would get clogged by all the carbon.

Activated carbon is a complete fraud. But, people buy it, and so they keep making it.

Here’s an article from the military explaining why they stopped using these filters in the F-22: 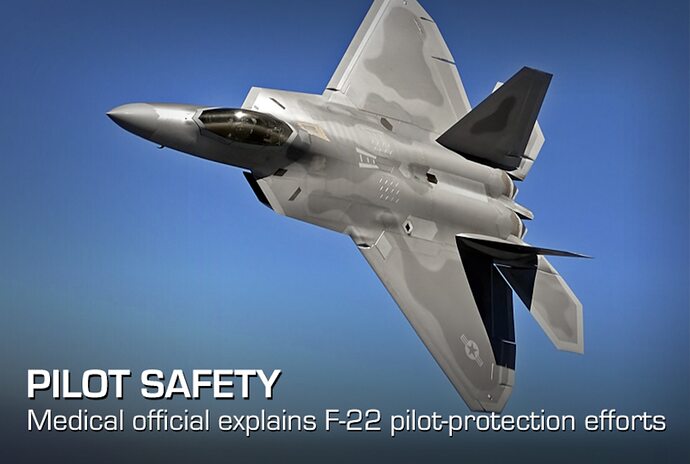 Air Force officials have instituted measures designed to protect its pilots, ensure mission completion and assess the possible physiological effects of flying the F-22 Raptor, the command surgeon for

Just as I was about to say check for oil leaks on the manifold, I see it was 11 years ago. I only use OEM filters though and standard not hepa. My vacuum is hepa though but never had a problem.

It is possible they spilled some oil during the change, and burning off the oil is what you are experiencing. Had a work truck, fine around town but go on a long drive it was hell. Ended up manufacturing defect, head gasket would slowly leak oil onto the manifold, mechanic ended up putting in a diversion piece of metal so it would not drip on the manifold. So concurr with possible oil issue.

I only use OEM filters though and standard not hepa.

For the past 11 years, I have always used “regular” cabin air filters, of whatever brand was available. When it was time to replace the filter in November, the only filter for my car that I could find (supply chain issues??) was a HEPA filter from Bosch, so naturally I bought that one. Even though I have asthma, I have not experienced any unusual respiratory problems, so I tend to think that these HEPA filters for the cabin air are not problematic for most people.

I agree 100% that HEPA is the way to go. Unfortunately, Bosch is the only company that makes HEPA cabin air filters, and they only make them for some vehicles.