Okay, I have a 2001 Dakota with the 5.9. It has a very very small coolant leak at the head gasket. I can just barely see a faint mist coming from between the firewall and cyl #7. I tried some rad stop leak and I think it slowed the leak but its hard to tell as its so small to begin with. It has overheated a couple of times after those stupid factory plastic in-line rad filler necks burst (using an aluminum one now) so that’s probably when the leak started. I am considering replacing the head gasket. It got me wondering if it would be possible to remove the head without removing the intake manifold. I’ve been studying pictures and exploded views on the web and it looks like it would work. Trying to make this into a smaller job.

Get a manual and watch some YouTube videos on the replacement.
I would bet the intake runners are bolted to the heads.
Since it has overheated I think it would be wise to take the heads to a machine shop before reinstalling.

Don’t even try to remove the head without removing the manifold. It will be more work and you will risk the new gaskets you are installing. Just don’t.

it would be wise to take the heads to a machine shop before reinstalling.

Which means BOTH heads should come off and BOTH head gaskets should be replaced and do a valve job while they are off if the engine has high miles.

Once you have the head(s) off, use a straight edge to measure warpage 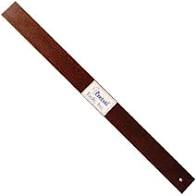 Don’t just eyeball it and assume everything’s within specs

It would also be worth considering replacing the cylinder head bolts

Follow instructions to the tee . . . especially laying down the gasket(s), which side faces up and/or forward, torque, and so on. Do it once, and do it right

I know all about the conservative approach. I’ve been there more than once. Head gasket bad? Might as well do a valve job. Might as well do both heads. Hey why not new lifters? And those roller rockers are pretty cool. If I’m doing all that, why not a Stage 1 cam, and double roller chain? Etc., etc. I’m trying to do the minimum to get it running again and avoid the might-as-well snowball. It got me thinking that in most cases both heads are pulled for a valve job or whatever and thus the intake comes off without question. It struck if its really required if only one head has to come off. Sometimes things that have always been done a certain way just never get questioned.

The bolts are torque-to-yield so will have to be replaced. And valve guide seals are pretty easy.

If coolant is not mixing into the oil, I would keep adding fluid, and see hoe much it uses, then decide to live with it or fix it.

A comment in another thread got me thinking I should get better confirmation its actually the head gasket leaking. All I can see is faint mist coming from the area around cyl #7 and the firewall. Very hard to get my face back there and look behind the head, especially with hot engine. I have looked for leaking heater hoses; cant find any. I can’t force it to leak with a cold engine using a radiator pressure tester hand pump. I’ll keep looking and keep you all posted.

I drove it for at least a year like this. Its parked now and I have a newer truck. But need to fix this and use it elsewhere. When I drove it daily (about 250 miles per week) I would have to add maybe a liter of coolant to the reservoir about every three weeks. There has never been enough to make a puddle or even a drip. But I used to be able to smell coolant after driving it. That’s when I started looking for the leak. But no coolant in the oil or oil in the coolant. No white smoke exhaust. I have been debating just living with it. My fear is the gasket will blow and I’ll have a big leak.

Hey why not new lifters? And those roller rockers are pretty cool. If I’m doing all that, why not a Stage 1 cam, and double roller chain

Nobody even came CLOSE to mentioning any of that stuff

if only one head has to come off.

And just how are you going to determine which of the two heads has the bad head gasket . . . ?

I can think of a possible way to do that, but I’m curious how you are going to go about determining that bank 1 head has the bad gasket, whereas bank 2 head has a good gasket and can remain untouched

If I were you, this is what I would do

Unless I’m mistaken, the goal is to fix the problem and make the truck reliable

But don’t forget to use that straight edge

If the head needs to be shaved by a machine shop, do it. The machine shop can do that without doing a valve job

I did suggest a valve job if the engine had high miles on it… but a little brake cleaner will show if that is needed.

Removing the intake manifold on this engine is not a difficult job, I used to replace the belly pan gaskets on those Magnum engines.

I don’t know if a cylinder head can be removed without first removing the intake manifold but having the intake off will make cleaning the gasket surfaces much easier and trying to install the cylinder head and manifold gasket at the same time will be next to impossible. I have seen some “short cuts” take twice as long as following the correct procedure.

With regard to which head gasket is bad, it would be the one where the faint mist of coolant is coming out near cyl #7. I’m confident in ruling out the right hand head gasket. No oil in coolant, no coolant in oil, etc. Am I missing something?

Definitely will check for flatness.

And I wasn’t accusing anyone. I was just pointing out these projects can snowball under the “as long as I’ve go it apart” philosophy. We’ve all been there.

And I wasn’t accusing anyone. I was just pointing out these projects can snowball under the “as long as I’ve go it apart” philosophy. We’ve all been there.

We’ve not all been there

Some of us keep things simple and fix only what’s broken, and don’t go down the dark path

Great. I just read an article claiming the 318 and 360 engines from that era are known for cracking. For any modifications to the heads they say toss the heads and start with new aftermarket heads. So this leak might be a hairline crack in the casting instead of a head gasket. Maybe I can figure a way to get a good look back behind cyl 7 and exactly where this freakin leak is coming from.

Just my 2 cents, but if I were doing this both heads would come off. The old weakest link in the chain theory always applies.

If liquid in the combustion chambers showed some leakage around any valves then I would do a valve job at 180k miles. Around here anyway, a 100 bucks at the machine shop for both heads + vat charge if needed. Cheap IMO.

There are also some stories about cracks around the head bolt holes. I have a feeling this thing may need to come apart before you can really get to the bottom of it.

You’re getting ahead of yourself again . . .

Get that head off already and perform a thorough visual inspection, along with using that straight edge

The time for research is over

Some of us keep things simple and fix only what’s broken, and don’t go down the dark path

I started out replacing the gas cap and now the body is on a rotisserie. That never happened to you?