I recently got an error code on my 2000 Chevy express 3500 5.7L V8. The code reads that I need a new Fuel Tank Pressure Sensor. I bought the part, lowered my fuel tank just enough to where I could reach into the middle of the fuel tank to pop off the sensor. When I lowered the tank I noticed that there was not one installed, so I thought nothing of it until I went to plug it in. I do not having a 3 pin wiring harness attached to the 4pin for the fuel pump module. Its four wires that are in a harness leading to the way front of the van, connecting to an adapter, which from them there goes elsewhere. Essentially, I got the FTP sensor error, from a check engine light. Went to replace it, which sits on top of the fuel tank, on the fuel pump. I find out that for some reason there isn’t even one attached to the fuel pump, and there is no 3pin connecter to connect the FTP sensor that I’m trying to install. I have noticed pretty intense poor fuel economy as well as poor acceleration, and occasionally stalling. 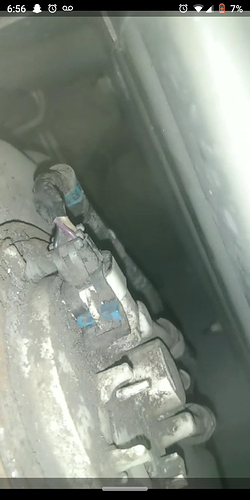 Update: I am now receiving a different code, which is P0174 " solution; replace MAF "

I uploaded more here since I can only post one image 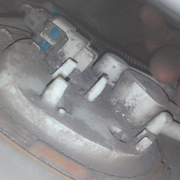 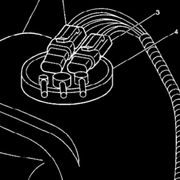 If your van is not equipped for California emissions (RPO code NB6), it probably wasn’t originally equipped with an FTP sensor. I say probably because I’ve found conflicting info in the GM parts and service literature. However, the wiring diagram for the FTP sensor does imply it applies only to [3500] vans with both the 4L80E transmission (RPO MT1, which a 3500 should have) and CA emissions. What was the original DTC?

You can check the RPO list (sticker usually found in the glove box) to determine the options for this van.

DTC P0174 for this vehicle is not a specific MAF code, but is for Fuel Trim System Lean Bank 2, which is usually set when an excessively lean condition is detected. The MAF may or may not be involved. This will need some diagnosis.