The MGB’s ( I Presume) that Tom & Ray were referring to can be reliable cars if sorted out correctly. Sports Car Magazine ran a team of three from Portland Oregon to Reno Nevada with no notable issues other than getting lost a few times along the way but they did spend a couple grand per car on average to get them sorted out beforer the journey so an inspection by a MG Mechanic or club member would be the way to a usable car

I would suggest that if a person wants to get an MGB that they get a '71! That is the last year that they came standard equipped with the HS SU carb that had the separate float chamber. After that it was technically illegal to use anything other than the HIF with the built in float changer. These carbs are much more complicated and have many moving parts and are also much more expensive! The HS, other than the mechanical choke, which is the jet that the needle valve moves up and down and does not move once you pull it open to allow a good mixture when the engine is cold, only has ONE moving part. That is the piston that goes up and down to control the air flow. The nice thing about these carbs. is that the CFM is constant and never changes. What changes the linear feet per second that the air flows horizontaly through the carb. because of that, it is very easy to maintain a good air fuel ratio and easily pass an emissions check. I used to have a '76 Datsun truck which had the metric version of the HS4. These carbs were exclusive Nissan. When I sold it in '94, I was able to be in full compliance with the emission standards for that year even though it was almost 20 years old. True it was not the original engine, but it was a new copy of the even older engine from '74. So the engine was 20 years old and with these carbs it would pass the '94 emission stands. Also, British Victoria Limited which specializes in MG’s and all other cars is located in Lexana, KS.

Interestingly, the following link should take you to a fun discussion on MGs and other old cars ;-D Quite relevant to the caller’s question. 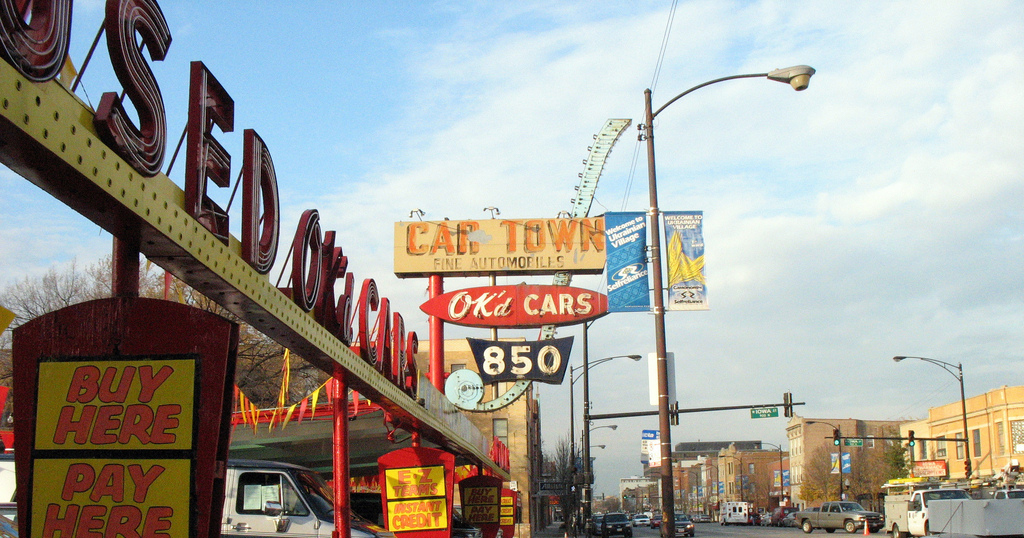 Stories about people who love their cars, for better or for worse.

The thing that MGs (and presumably a lot of other old cars) can offer that a Miata can’t is the thrill of driving away from a breakdown. Nothing gives me greater pleasure than having my old B break down somewhere, and getting out of the car, figuring out what the problem is, fixing or temporarily jury rigging it, and driving on… Good times. I don’t care that it often takes me six hours to get from Portland to Seattle. None of my friends understand.

(Of course, there are also the heartbreaking tow-truck-required breakdowns, but I try to put those out of my mind. )

I’ve had my 69 Lotus since 1984 and if I was like Tommy and didn’t need a car it would be my only car. I’ve never had an MG, but I think my experience gives me a general idea of what to expect from an old English car. Any old MG is going to be functionally inferior to a Miata, no where near as reliable, and a lot more charming. For a non mechanic, the Miata is the right car. I’ve had Miata’s as my daily drivers since 1995. Every year my Miata sees a lot more miles than my Lotus

I always wanted a 50’s T-series. Missed my shot at one in the early 70s ($500) and then moved on. I don’t think I’d cram my obese body with long legs into one today, although I’d be open to a nice replica. Maybe the '29 Mercedes, of which there seem to be a lot more replicas. Gotta find one nearby and try it on.

Anne kansas city is a great place to be a MG owner. The national parts supplier is close by so you don’t have to pay shipping. There is many MG owners and a MG club. The easiest way to find one is craigslist and there are many midgets available. Although in most cases you have to do some major restoration. You will find pletty of help in KC.