I have a 2012 Volvo s60 and my car battery died recently, so I tried to jump it myself and had no luck, so had to call AAA.

I’ve always known that rather than hooking the negative to the dead battery, you attach it to an unpainted metal surface (away from the battery). Even looking at the Volvo manual, it has a specific place where it suggests you attach it.

When AAA came out, he originally hooked up the negative to the same spot I did, but when he wasn’t able to jump it that way, he hooked it up to the negative on the dead battery. I tried googling and everything says this is dangerous and not recommended. So my question is why did he do it and why did this work while the other way didn’t? (I tried asking him, and he gave me some BS answer).

RBad battery cables will do this.

There was a poor connection at the negative jump start location.
Using the battery terminals worked and there was no explosion.

Old fart here, done it so many ways and no problem. If you are looking for a reason to blame AAA I don’t think you have a case.

If you look under the hood of your vehicle, here’s what you see. 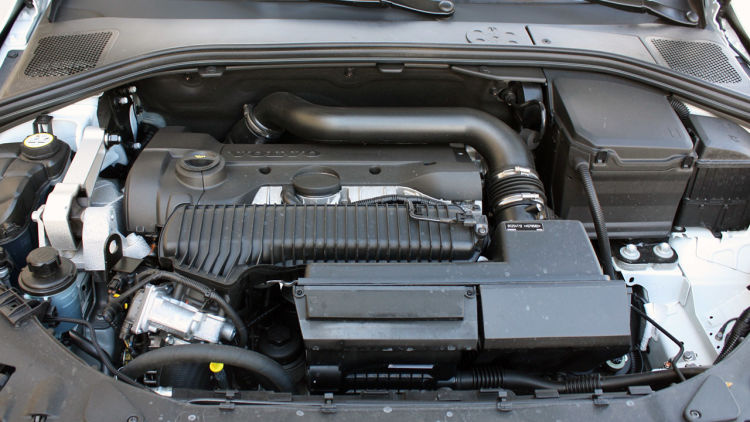 A lot of plastic and not much metal.

If I were a AAA tech, and connecting to the normal ground didn’t work, I’d connect to the battery.

I’m there to get your car started.

AAA sends out the tow company they have a contract with, and i’d suspect your’s was not the only jump start call they had to respond to that day.

Done it that way many times, never had an explosion or a battery case crack.

I was jumping cars for 30 years before I first heard the recommendation to place the ground cable away from the battery. I say the ground cable because back then there were a lot of positive ground vehicles around.

When jumping a positive ground vehicle, I would unhook both of my battery cables, you had to use both battery posts then.

If you were connecting the negative jumper cable to a chassis ground and the the ground strap(s) were corroded/broken or otherwise not very conductive, you would have a high resistance in the loop that includes the starter and battery. This would reduce the voltage and current available to start your vehicle.

It should have started if your negative jumper cable was connected directly to the engine block or head. That is where the starter is grounded.

Usually the tow truck guys are using portable jump packs. They hook up the cables, then turn the pack on. So there’s very little chance of sparks because there isn’t any circuit to arc from. Sparking is what you’re worried about when hooking to the negative terminal because it might ignite outgassed hydrogen from the battery.

The reason you don’t want to do this with a normal jump start is that you’re hooking the cables up to another car’s battery, and that doesn’t have an off switch, so you will get a little spark when you make that final connection.

It’s a low probability event with extreme consequences, like playing Russian roulette with a 1000 chambered revolver. It doesn’t happen often, but when it does you don’t want to be near it.

Sparks made when completing the circuit at the battery can ignite hydrogen produced by the battery and flames propagate back through the vents to ignite hydrogen inside the battery, building pressure and producing a bomb with sulfuric acid and chunks of battery flying everywhere - one would be lucky to survive it with out eye or other serious damage. In ~ 7 decades I’ve experienced this once (it also happened to a friend’s son who related it on “Car Talk”) and I have no interest in a repeat. If you really feel compelled to make the final connection at the battery, first remove the vents, fan away fumes for a minute or so, and cover the top of the battery closely with a wet rag (to serve as a flame arrestor) before making the last connection. However a damaged battery, such as one whose case cracked due to freezing after headlights were left on overnight, can spark internally in which case the wet rag won’t help (this is why mine exploded, fortunately it happened while driving the car after jumping, acid everywhere).

In ignorance I connected both cables at the battery for several decades w/o event and I suspect a combination of ignorance, arrogance, and “it’s always worked for me” might explain why professionals sometimes do it - but it’s never wise.

I’ve never understood the reason for so much caution. A battery that needs a jump isn’t outgassing at the moment the cable is attached to the negative post. Is it because there’s a spark when you disconnect?

Jumpstarting instructions are long and complicated and seem overly cautious, and what Ken said is what everyone with a cold winter needs to pay attention to: If it’s below freezing and your battery’s been dead overnight, the electrolyte might be frozen so when you jump it the battery explodes.

Couple of reasons. Sometimes people assume the battery is dead and jump it when the problem is elsewhere. And there’s a difference between a completely dead battery and one that is discharged just enough to be unable to start the car.

The “avoid sparking near the battery” thing is for a low-odds, high-consequence scenario. Kind of like how we wear our seat belts every time we drive. I haven’t had a wreck in 20 years, so statistically I should stop bothering. But that would be dumb because if I do manage to beat the odds, not wearing a seatbelt is going to hurt, a lot.

I was actually thinking about these low-odds safety measures yesterday when I was reading a technical description of a fighter jet ejection seat. Don’t judge, I’m a nerd. Those ejection systems are very expensive, and taken against the total number of hours ever flown in fighter jets, almost never used. From a cost perspective, a purely statistical analysis would suggest that it might not be worth the expense of putting them in. But they sure are nice when they’re needed.

I’ve never understood the reason for so much caution.

You would if you knew someone who had a battery explode when attaching the jumper cables . It took a trip to the emergency room and fortunately they did not lose an eye .

Granted the risk is low but being cautious only makes sense .

But, all the safety literature I’ve seen recommends connecting to the remote ground on the vehicle with the dead battery. The reason is to be further away from the battery so the spark is less likely to ignite gasses and so you are further away if the battery explodes.

If I want to be further away from a potential explosion, it makes sense to me to make the last connection to a remote ground on the doner rather than the recipient. That is the way I do it.

Ken wrote:
It’s a low probability event with extreme consequences, like playing Russian roulette with a 1000 chambered revolver. It doesn’t happen often, but when it does you don’t want to be near it.

I fully agree with Ken.
I too jumped car batteries for 30+ years before the recommendation came out to make the last connection to a ground on the vehicle. Never a problem.

However, I did have a battery blow up in my face shortly after high school. It was due to a faulty battery charger. The explosion blew the top of the battery right off, splattered acid all over me, sent plastic shrapnel into my face. I am so thankful I didn’t lose my eyesight.

I will always seek to make the last connection to a vehicle’s ground, and I always try to wear glasses. One’s eyesight is too valuable.

This the jump pack AAA uses.

There’s an on/off switch so when connecting to the battery, a spark isn’t created. 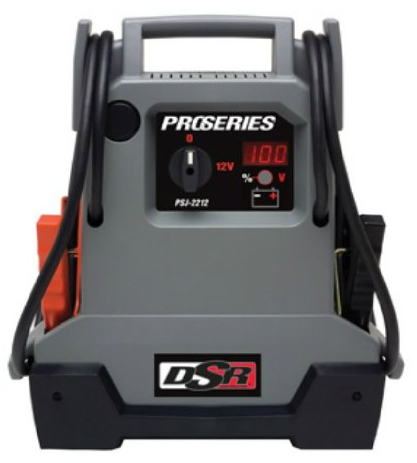 The Schumacher DSR ProSeries 2200 Peak Amps Jump Starter portable power unit is one of Amazon’s bestselling jump starters, commonly recommended by professionals, used in professional auto shops, and is even used by AAA representatives when you need a jump. It has 2200 peak amps, 330 cranking amps, and 275 cold cranking amps. It also has a three-amp built-in automatic charger, reverse hook-up alarm, heavy duty clamp with replaceable copper jaws, four-gauge 50 inch cables, high impact rubber base, and a durable polypropylene vented case. It’s sturdy, safe, and easy to use. Along with serving as a backup jump starter, it can also power 12V DC accessories. If you charge the professional grade, high output battery once you receive it, it can hold the charge until you need it.

Most reviewers agree that this durable jump starter will last for years, even if you use it multiple times throughout the year. It can jump several cars multiple times with no problem. If this doesn’t provide the amount of power you need, Schumacher offers jump starters ranging from 1800-4400 Peak Amps. Both the Schumacher PSJ-2212 DSR ProSeries 2200 Peak Amps Jump Starter and Portable Power Unit and the Schumacher XP2260 1200 Peak Amp Instant Portable Power Source were voted some of the best jump starter kits of 2015, so you are sure to love either of these bestsellers.