Jeep care in a not so strange land

On “testing the engine” I was told the technician heard a noise. James at Firestone said there was low compression one cylinder and it needed further investigating to find out why. So he takes the cylinder cover off and tells me the rocker arm was loose, and the compression valve is stuck in a low position. He said he can’t find out why without taking apart the cylinder head for inspection, which is a “9.5 hr job”.

My head begins to spin because my JEEP was running fine before I brought it in to this Firestone location.

The instrument panel was giving me a message that said oil change required. For about a week before I could get the vehicle in for appt.

Are there any red flags on this description of events?

Am I about to be or have been deceived?

I understand it if the JEEP needs the work. it is a 12 year old vehicle with 160,000 miles and it went about 3 mos needing oil leak repaired.

My thoughts are to stop using places like Firestone for anything more complicated than fluid changes or tires. For actual diagnostic and repair work, take your vehicle to a real mechanic. Not a quick-lube or “tires and service” place.

To my knowledge there is no such thing as a ‘compression valve’ on a Jeep. An intake or exhaust valve can remain open due to a broken spring which would be easily seen. Your engine would most likely illuminate the CEL under this condition.
If they bill you for anything beyond the oil change, you might want to check your state laws for billing of unauthorized service. Of course if you authorized the compression test and investigation then you must pay.

The cylinder head doesn’t need to be removed to check the valves.

A borescope can be inserted thru spark plug hole to inspect the valve. 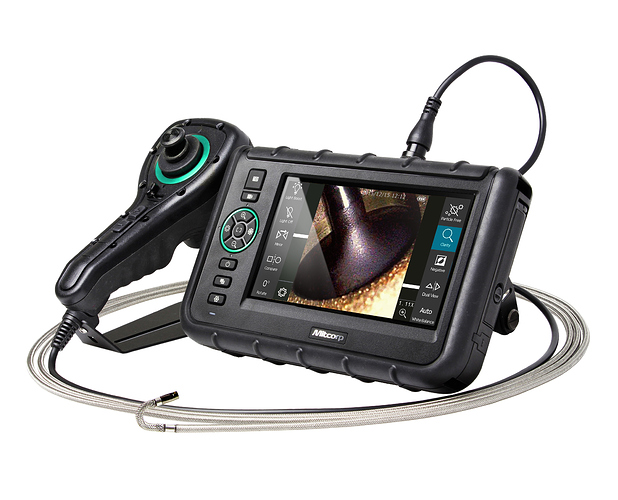 And if what there’s saying is true, it would have caused a misfire, and the Check Engine light would come on or flash.

And if what there’s saying is true, it would have caused a misfire, and the Check Engine light would come on or flash.

I did a Yahoo search for a Jeep Grand Cherokee compression valve and the closest thing (other than the actual intake and exhaust valves) I could find were the TPM (tire pressure monitoring) valves, which, of course, are in the tires and not under the valve covers. The worst thing that could happen if the TPM valve were to be stuck open would be a flat tire. Otherwise, as bcohen2010 said, I would run, not walk, away from these guys before they try to sell you high-compression battery cables or self-lubricating muffler bearings.

Reminds me of a situation that occurred many years ago locally here. An AAMCO store was advertising free transmission inspections. One individual went in for the service and here’s what happened: to do the service the transmission was (at least partially) disassembled. Of course, it was found to “need” major work. The customer decided not to have the work done at that time and came to pick up his car. Well, they gave him his keys back but he couldn’t drive his car home. The pieces from the transmission were left in the trunk.

A misfire is detected when the crankshaft position sensor detects a slowdown in crankshaft rotation over a period of time. From that information, the computer can determine which cylinder(s) had a misfire.

So a cylinder with low compression will have less power causing the crankshaft to slow down setting a misfire code.

Yes, I understand that. Some PCMs are more aggressive than others in this regard. For example, one of my friends has a 2010 Ford F-150, and even though I could not feel the alleged misfire, the PCM set a code, which necessitated the owner spending money on what I felt were unnecessary repairs. On the other hand, one of my friends had a 1998 Plymouth Voyager with a head gasket leak between two cylinders, and it had an obvious misfire but only set a code if driven on the freeway. My 2002 Daewoo Lanos has an obvious misfire, and the whole front end shakes a lot at idle, but it only sets a misfire code above 75 MPH when the misfires per minute exceed some threshold.

We got the Voyager through emissions by disconnecting the battery to clear the codes, then driving at low speeds long enough to get the monitors to set, while avoiding conditions which would cause a code to set. I did the same thing to get my Daewoo through emissions.

My point in all of this is that we don’t know how aggressive the PCM in OP’s Jeep is at detecting misfires. It is certainly possible that the engine could have an obvious misfire, and still not set a trouble code–depending on how the PCM is programmed.

It is certainly possible that the engine could have an obvious misfire, and still not set a trouble code–

I never seen that happen on a vehicle with OBDII.

The short story is that you need to get the car out of there to a real mechanic, preferably to a local independent garage.

I have only used one Firestone shop in Florida and although I was not dis-satisfied, I would not have allowed them to remove a head. They replaced a coil in my son’s car but found lots of other stuff they could do to which I responded no, I’ll take care of it in Minnesota. While waiting a lady brought her Caddy back with brake problems after they had replaced every brake component in it. Still wasn’t right. Then the service manager said it was a slow time until income tax refunds come in. I was just happy to be able to get a quick fix but gee, they did not make me feel comfortable and thought $350 to swap a coil was a little high. Still any port in the storm but if you have a choice . . .

So he takes the cylinder cover off and tells me the rocker arm was loose, and the compression valve is stuck in a low position.

It seems that the engine has a bent valve, someone made a critical error. Did they replace the timing chain? If so the crankshaft may have been turned when the chain was off resulting in piston to valve contact.

We got the Voyager through emissions by disconnecting the battery to clear the codes, then driving at low speeds long enough to get the monitors to set, while avoiding conditions which would cause a code to set .

Disconnecting the battery erased the adaptive numerator values crankshaft in the PCM for the misfire monitor.

After a battery disconnect the crankshaft variances must be learned by the PCM before the misfire monitor is enabled. This is learned during deceleration when the engine speed is greater than 2000 RPMs, this can take a long time with casual city driving. A tech can force a learn procedure by decelerating in second gear.

Once the misfire monitor is enabled it is very sensitive, how many misfires per minute should it take to exceed the emission output threshold, 10? 20?

Once the misfire monitor is enabled it is very sensitive, how many misfires per minute should it take to exceed the emission output threshold, 10? 20?

You know, that’s a very good question. The exact number is not published anywhere, but is obviously much larger than 10 or 20. Whatever the exact number was for this vehicle, disconnecting the battery and driving on city streets with speed limits of 45 MPH or less was sufficient to get it through emissions–and we did this for two separate registration cycles.

On my Daewoo Lanos, it’s even less sensitive, because I have to drive above 75 MPH to get a misfire detected, at which point the CEL blinks and it sets the code P0300. At idle, the misfire is very noticeable, but the PCM (fortunately) does not care.

I believe my engine has the valve guide problem, for which GM released a TSB applying to the 2004-2005 Chevrolet Aveo, which appears to use the exact same engine. All cylinders range from 130-150 psi compression, which is much less than the 180-195 psi reported by Aveo owners, and one spark plug always gets oily deposits on the electrode.

Interestingly, I was planning to replace the cylinder head to get the engine running well, and I went to the “you pull it” yard today, where they have a 2001 Daewoo Lanos. I took apart the engine in this car, but after removing the valve cover, and seeing oil sludge as thick as roof tar, it became apparent that I wouldn’t get any useful parts from this engine. Still, I got free practice, and bought some non-engine parts from this car. The dash showed approximately 93,000 miles on this car, so I don’t know how it got sludged up so bad.

Anyways, I am also curious how similar the 2002 Lanos engine really is to the 2004-2005 Aveo engine, which is much more common. Most parts, such as gaskets, timing belt kit, spark plugs, thermostat housing, etc. are the same.

You know, that’s a very good question. The exact number is not published anywhere, but is obviously much larger than 10 or 20.

No, it was a rhetorical question. It only takes 10 to 20 misfires to exceed the emission output threshold.

The reason you were able to drive for a period of time with a misfire undetected was because the adaptive numerator was not yet learned by the PCM so the misfire monitor was not enabled.

The dash showed approximately 93,000 miles on this car, so I don’t know how it got sludged up so bad.

Well I’ve seen a late model truck with 80,000 miles on it that still had the factory oil filter.

One certainty, if valve isnt sealing it has to be fixed. Concur w others. This job best left to well recpmmended inde shop w jeep experience or dealer shop. First step is proper diagnosis. Only then can option to fix are considered. Anywhere from $100 - $3000 depending on diagnosis. It may be impossible to get accurate cost until cyl head is remove. Might want to call an option then. Best of luck