Is synthetic oil better than conventional oil in older cars

I think we have always used a synthetic blend. 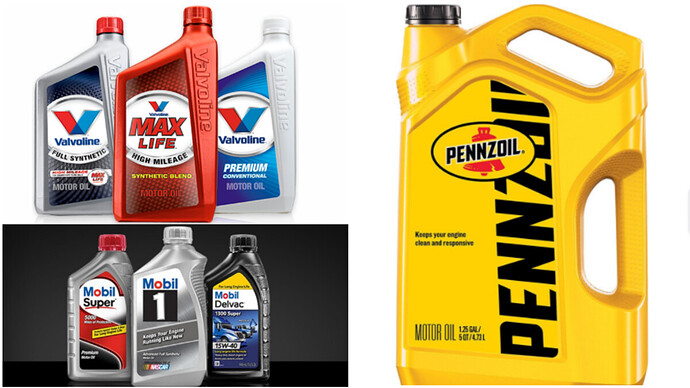 Why Expensive Oil Is A Waste Of Money

Synthetic oils causing leaks on older cars is a myth.

Full synthetic is better than a blend which is better than conventional oil. All of them will work in older cars. Do you need full synthetic? Probably not. But it can’t hurt a 93 car. The harder you work the car, the better you should treat it.

I have an old lawnmower I bought in 1992. Its manual calls for straight 30 weight heavy detergent oil. It was burning a considerable amount of oil, so as an experiment, I put full synthetic 10W-30 in the crankcase. It cut the oil consumption by at least 75% for more than two mowing seasons. About the end of this season it began using oil and has become hard to start even with a new sparkplug. I can tell that the compression is low. However, at my Rural King store, the house brand 30 weight I had been using was $1.79 a quart. The full synthetic 10W-30 was $2.79 a quart. For the extra dollar I paid for each of the two quarts of oil I used for almost three seasons for changing the oil and for adding oil, I got three more years from the mower.
I think the 4 hp Briggs and Stratton engine on the mower would be just as hard on oil as a liquid cooled car engine. I would think the car might benefit from synthetic oil.

With an oil question you’ll probably get all kinds of different opinions expressed. All of my cars are at least 10 years old and I religiously use full synthetic without any problems or leaks. It gives me peace of mind. Of course, I also snap my fingers to keep elephants away and that seems to work as well. Others here will swear by simply using what has worked for you in the past, which also seems to be good advice if you’re not experiencing any issues with your current blend. With so few miles on the car, the frequency of the changes is just as important, if not more so, as the type of oil. A chain place like Valvoline probably has more of a vested interest in upselling to full synthetic as opposed to an independent shop, so you might be better off by simply sticking with what you’ve done so far. If it ain’t broke don’t break it.

I go to valvoline instant oil change for my NY State annual inspections. I do not go there for anything else. They try to sell me cabin and air filters, all sorts of miracles in a can, transmission and oil conditioners, fuel service treatments you just pour in the tank and their oil changes are more expensive than my dealers.

when my car was 4 years old they told me my battery tested weak and was in danger of imminent failure. They told me that3 years in a row, in the third year that I had a broken battery post. Amazingly my 9 + year old battery must have healed itself because they have not mentioned it in two years. They might just be embarrassed because every time I go, if they don’t bring it up… I do.

Flip a coin. It makes no difference.

I’ve been using synthetic in my '95 for a few years now. It’s almost the same price as conventional now at Walmart. $16 vs $14 for 5 quarts. You still get varying opinions about negative side effects. I haven’t noticed any.

I’ve been using synthetic in my '95 for a few years now. It’s almost the same price as conventional now at Walmart. $16 vs $14 for 5 quarts. You still get varying opinions about negative side effects. I haven’t noticed any.

You need a specialized oil filter when using synthetic oil or you won’t get its full benefit. Putting synthetic in a 25 year old car is a waste of money.

Seriously , where are you getting that wrong info ?

HUH…Where did you read that?

As an example…My 2014 Highlander oil is 0W-20. Only comes in full synthetic. My wife’s 2007 Lexus with the same engine - oil recommendation is 5W-30 (conventional). They use the exact same filter.

Those “special filters” are only necessary if you’re trying to extend the interval of the oil change, which I certainly would NOT recommend the OP do on a 1993 vehicle (or really any other car that doesn’t specify a longer oil change interval)

I never heard of specialised oil filters for synthetic. Some claim higher change intervals. I use low priced ones and change at 4 or 5k.

Almost every modern cars built today comes in with a cartridge oil filter made for full synthetic oil.

Then, you must drive an antique

Synthetic not required in my snow blower or generator but pull starting them can be painful if outside in cold temps.

Most important factor is checking your oil level followed by changing at a reasonable interval. The interval can generally be stretched with synthetic however generally the oil level needs to be checked more at end of said interval whether new or old vehicle.

Lol yes it is technically considered an antique vehicle

A good question would be, can you extend your change intervals with synthetic in an older car and how much. If you can’t extend the intervals, then is it just a waste of money.

If it ain’t leaking I’d keep using the blend

In the case of my Corolla, its suppose to improve fuel economy.The car is using 0W-20. Oil will get brownish around 5000k miles or so but I will sometimes stretch the oil change intervall a bit. At $70 CDN it is expensive.