… be sure to use your Parking Brake, lest a defective Park Pawl allows your vehicle to roll away: 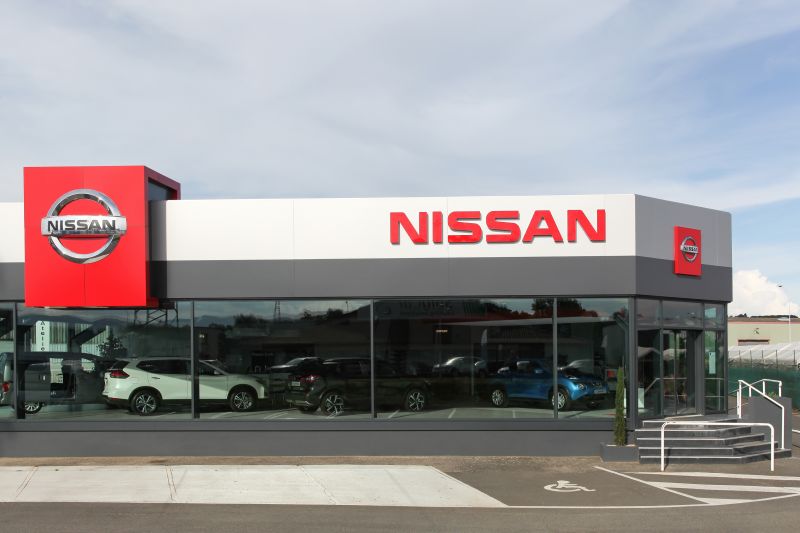 Nissan is recalling more than 200,000 pickup trucks due to a risk that the vehicles could roll away while in park.

I always use my parking brake except in my garage, even on flat ground.

Never use brake on my flat driveway. But, I don’t own Nissan.

It’s always amazing to me such an issue could present itself. I could see a manufacturer discovering a transmission problem in the field where it shifted from 1 directly to 3 rather than 1 -2 -3. But the parking pawl not working? It would be interesting to read a treatise from the engineering team responsible how the design of the parking pawl passed the various engineering design reviews and manufacturing-engineering quality control procedures. Maybe vehicles are just becoming so complicated that the current quality-control processes aren’t able to handle the job.

Only 0.3% of the parking pawls have a problem. They are ever so slightly too long and get stuck on the case. The problem is that there are 180k of them out there and Nissan does not know which ones need to be replaced, so all of them have to be replaced.

BTW, this is basically the 9 speed found in Mercedes Benz. It is built by JATCO under license. There are also other issues with the programming used in the Nissan version but they are not safety issues. The dealers will upgrade the program upon request. The shifting on some of them can be described as a drunk 16 year old stealing his first manual transmission vehicle.

Edit: it is also an intermittent problem so you can’t just put it in park and give it a shove to see if it works or not.

Only 0.3% of the parking pawls have a problem.

Wouldn’t all incoming parts needed to assemble a transmission be inspected, dimensions compared to the part number drawing? Seems like that would just be part of the routine manufacturing process. Maybe there are so many parts involved, that’s just not possible.

I hope they are better than Jatco’s CVT’s .

hmmm … if 0.3 % of parts used to manufacture a vehicle are defective, how many parts would it take before roughly half of the vehicles produced had at least one defective part?

Wouldn’t all incoming parts needed to assemble a transmission be inspected, dimensions compared to the part number drawing?

No. In fact it would be MORE likely that out of spec parts would slip through with 100% inspection than using sampling inspections. However as computer controlled automated inspection equipment is coming into use, that is becoming less true. Humans miss things, computerized automated systems are less likely. But even automated systems can miss stuff too.

Most manufacturing facilities use statistical process control as the first stage of quality control, followed by automated measuring and testing and finally sampling inspections by humans.

Those three processes usually result in a reject rate of less than 2% internally and far lower externally. Internal means found at the factory, external means did not work for the customer.

You also have to consider that there may be more than just the pawl here. There are also tolerances in the transmission case. The problem could be with a pawl that is at the long end of the tolerance in a case that is on the small side of the tolerance.

Wouldn’t all incoming parts needed to assemble a transmission be inspected, dimensions compared to the part number drawing?

Typically, in the beginning, there is 100% lot inspection. Once a track record is established, it is gradually eased until you either have some small qty of a lot inspected (AQL) or it could even go dock to stock with no inspection depending on the part. If a new supplier is added, they should go through the inspection protocol starting at the beginning again (FA). People like to think of things like this as black and white but in real life, schmidt happens and stuff can slip through.

Right. You’d like to think the MEs did their job, factoring in tolerance stack up but sometimes it’s not as easy as it seems to take every variance into account.

I seem to remember that one plot for the ‘American Auto’ sitcom involved the Ford look-alike carmaker accidentally installing defective park pawls, then debating whether to issue a recall.

hmmm … if 0.3 % of parts used to manufacture a vehicle are defective, how many parts would it take before roughly half of the vehicles produced had at least one defective part?

I did the calculations last night. It’s only around 225 parts. If that’s correct, and since cars have way more than 225 parts, a 0.3% incoming parts defect rate doesn’t cut the mustard for auto manufacturing. .

That same math is the reason that extremely complicated things (like the Space Shuttle) are pretty much guaranteed to have a major failure periodically. If 10,000 things need to work/go right, it doesn’t take much of an individual event failure chance to create a real problem.

Industrial products may only require one method of protection (MOP) for safety critical aspects. Medical intervention devices often require two or more MOP against failure for anything ranked as consequential. When I was doing development for experimental equipment aboard the shuttle, MIR and ISS, many design elements required at least three MOP. In other words, three things have to simultaneously fail in order for the major fault to occur. And these were not vehicle critical elements. But as pointed out, humans are doing the analysis, mitigations, verifications and validation and we tend to make mistakes even with numerous checks and balances. There’s just too much complexity and variability to ensure 0% chance of failure especially when you’re operating in the fourth quadrant- things you don’t know that you don’t know…