I Found This 2008 Nova Episode With Tom And Ray

I’m a big fan of PBS and watch Nova on a regular basis. Somehow…I missed this episode so I’m including a link in case anyone else missed it. It’s very funny and informative as well. If you have already seen the episode…I’m sure that you will probably want to watch it again. Enjoy. 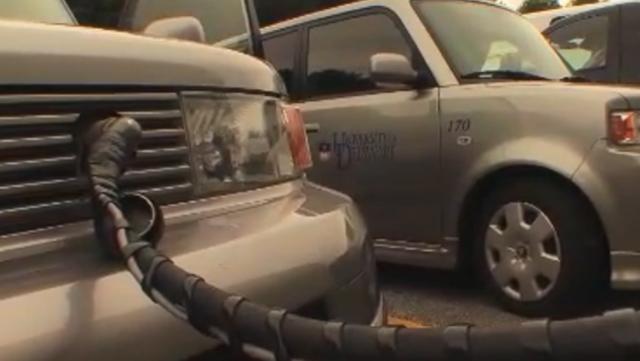 Car of the Future

Join the "Car Talk" guys as they hit the road in search of a new breed of clean, fuel-efficient vehicles.

I loved this when it originally aired

Pretty much the definition of “propaganda”…

I'm a big fan of PBS and watch Nova on a regular basis.

I did see this one. Thought it was very well done…and fun to watch. Nova is produced out of Boston - so they didn’t have to travel far to find the boys. It was a good. Two graduates from MIT and an episode on cars.

I thought the best line was when Ray said to Tom while they were test driving one of the prototypes on an open road in California … “Hey, we could be in Mexico in 2 hours w/this car!”

Thank’s for the link @missileman, l never saw that one before.

Interesting, but clearly obsolete. Automotive technology has moved in a different direction since 2008, toward EVs and hybrids that rely heavily on electric motors. Focus now is on the evolution of the battery pack. Personally, I credit the advances made by Elan Musk (Tesla) and Tesla’s demonstrating that an EV can be a desirable car with a range sufficient to be a daily driver. I realize that point is debatable, but certainly credit cannot go to the big manufacturers who at best are trailing others in this technology. Toyota has led the hybrid revolution, and Tesla has led the RV revolution (still in its infancy). Interestingly, the major manufacturers are trying to stop Tesla by placing artificial barriers in their way rather than trying to beat them in the marketplace. I hope these barriers fail. I hope Tesla can develop not only the cars they want, but also the market and sales structures they want. The last two are the ones that really seem to scare the traditional automotive manufacturers. That suggests to me that they know they can’t compete against it… perhaps they’ve managed over the generations to build way too many unnecessary costs (to the customers) into their structure, supporting them with franchise agreements and laws that prevent other ways of doing business.