I can't believe this

I again everyone, I can’t believe I am posting about this for the 3rd time. Back in Oct my mom’s battery was dead the mechanic said it was the alternator, he put in a new one and charged up the battery. Then in December the battery was dead again, so he claims he put in a new one. Well today me and my mom were at the store and I noticed the same thing happening, the car was sluggish starting up. This is what happen the last time right before the battery went dead. Something is not right here, I don’t want to think the worst but best case scenario they just put in a bad alternator. There is no way we could afford another alternator, they are going to have to make this right. This is very scary for us, there is no way we can afford another car, this car is the only thing we have for transportation and I’m getting really pissed off at this mechanic. I keep thinking worse case scenario I will have get one of those battery charger things and keep jumping it every time we have to go somewhere. Does anyone now which brand is good one?

It’s impossible to help someone over the internet, when they own a mystery vehicle.

There have been stories here of people not driving the car long or often enough to keep the battery charged, possibility?

I don’t think so because all this first started when they put in a new battery last year.

Thanks this is a good article , I think it’s a bad alternator

Don’t be afraid to have the problem checked out, there should be some warranty on the alternator and battery.

There will be a warranty on the alternator, but if there’s a parasitic drain that’s draining the battery when the car is off, the warranty won’t cover that. You should check for that. All it takes is a multimeter and some time…

or buy a $20 plug in voltmeter for the cig lighter. than you will know if the alt is working!
they sell them all walmart. 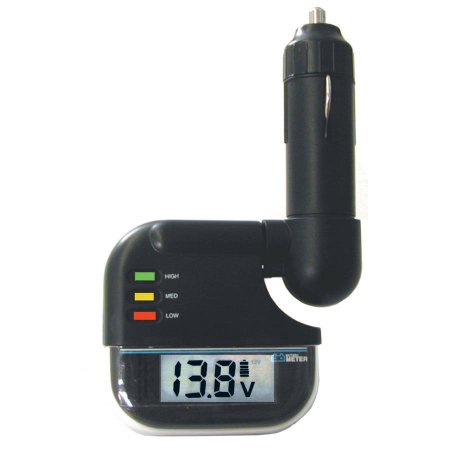 Just my 2 cents. but in any shop that I’ve worked in we always charged a customer half an hour to perform a complete electrical check whenever there was a dead batt4ery, won’t crank issue, or whatever. Half an hour is cheap…

Those 4 steps consisted of…

Sounds pretty fair to me

The 4 step procedure pretty much covered the bases and prevented a lot of that “replace the battery” one week and the car being towed in the next wee because the alternator was iffy or the starter motor was dragging and gave up.

It would have been preferable and justified to charge an hour for all of that but it could all be done in way less than 30 minutes so it wasn’t a money losing deal.

I think it’s a bad alternator

Why do you think that? Are you guessing? Have you run voltage tests to determine this is the problem?

Not trying to be snarky here but @ok4450 is correct. If all those test are run, you may KNOW what’s wrong and not just “think” you know what’s wrong. Sounds like you need a new mechanic.

And the sure way to spend money you don’t really have and not get you car fixed is to walk into a shop and TELL them to change the alternator. They will, and your problem may not be fixed.

Could be any combo of alternator, battery, starter. Since the alternator and battery were recently replaced, absent the benefit of ok’s suggested testing above, I’m guessing its the starter. Were this my problem I wouldn’t replace the starter until I’d done ok’s testing first.

Thanks everyone for all the good advice, I really appreciate it. I am going to call the mechanic in the morning and make a appointment for Wed, my mom has a doctor’s appointment on Tuesday that she can’t miss so I can’t get the car tied up at the shop. I will make sure the car still starts tomorrow , if it doesn’t we will call AAA to jump it and go to the mechanic on Monday. I don’t want to have to keep going to this shop but the alternator is still under warranty so if it’s bad they will have to replace it.

Back when all this started the AAA guy said it was the alternator so I did tell the mechanic that, and your right I should not have told him what AAA said because they claim they checked the alternator and it was bad but who knows, now that we are having all this trouble maybe it wasn’t the alternator. If I could do it again I would have never mentioned the alternator but I thought we could trust this place but these days you can’t trust anyone. Another lesson learned. I am hoping it is the alternator because it is still under warranty, either way if they say it’s something else other than the alternator I will get a second option

Normally when a vehicle returns with problem that is similar or related to the previous repair the diagnostic fee is waved, however it seems that you told the shop the alternator had failed based on the advice of a truck driver.

While the shop stated that they tested the alternator and it was failing that may not be the reason the car would not start that day. A borderline battery may have been the problem all along as it needed to be replaced shortly after.

When you return to the shop, demonstrate or describe the problem, they should perform a complete diagnosis as described above, perhaps without a fee if you are lucky. I see no reason to be upset with the shop, things fail on old cars and they did replace what you asked them to.

Many of the roadside tow guys are very savvy, but, generally speaking, I think they should leave the diagnosis for the mechanics at the shop . . .

The thing is this is the 3rd time we had this problem and like someone here said they need to do more test, I didn’t ask them to install a alternator, in fact I realized I should have not told them what AAA said so I tried to back peddle and tell them what the 2nd AAA guy said which was it was just a loose battery cable which is what he said. We got the battery from them less than a year ago. Plus I did see some things I didn’t like when they did the oil change but there is no point getting into that but after this we will probably go else where.