How does a person wear a clutch out?

It could be due to bad clutch parts, adjustment etc, I do not know any other answer but to state your ability to drive a manual transmission and experience and kee working your way up the ladder to diagnose clutch for proper operation, This is how I wear my clutch out. 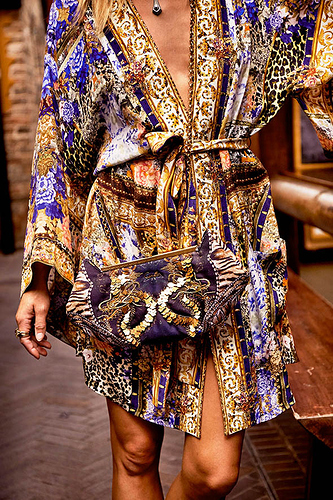 That may be yes but that was not the point of my post. Sorry if my Sarcasm Font was not working. Thank you for not helping. “Sarcasm” in case you missed that too

Ride with your wife. Does she rest her foot on the clutch pedal when she drives? That will burn up a clutch in a hurry. And by “burn up” I mean overheat the surface so that it glazes the clutch material so it will no longer grip. Not worn out, overheated.

Also watch how she handles stopping on hills and pulling away from a flat stop. Does she slip the clutch a lot? That will overheat the material as well.

There also may be a failure in hydraulic system with a failing rubber hydraulic clutch line, master cylinder or slave cylinder. The dealer may not catch those problems and then blame the driver. For example, my motorcycle had a failing hydraulic clutch hose. Internally, it would not allow the clutch to fully engage. It acted exactly like me holding the clutch while I accelerated. I noticed the clutch slipping at heavy acceleration. I stopped and bled a little fluid out and all was OK for a few miles. The clutch hos had a “clog.” Unlikely on a newer car but not impossible. Ask your wife if she noticed anything like that.

I have been trying just that. Hoping some kind of loyalty to the company might have helped, 4 VW’s and the last 3 from this particular dealership. But when I contacted them and they took my “registered complaint” and even informed meI would receive a reply within 24 hours, which I did not, I am at the end of the line. The Service Manager had to call on my behalf and they could not find any trace of my complaint but did find their original decision and told him I have no right to appeal. So I am just reaching out for some unbiased opinions about possible causes for this kind of damage.

That’s what probably took out the clutch. When a master cylinder starts leaking internally, and you step on the clutch pedal, the slave cylinder doesn’t completely release the clutch. So the clutch disc slips in between the flywheel and pressure plate. And that’s what damages the clutch. Tester

I have driven with her lots believe me over the last 20ish years. She never keeps her foot on the clutch. Does not slip it and cause a tire spin. Does not “Balance” on hills. Does not over-rev between shifts. Does not hardly speed. This car in particular has the anti-roll back for the slight inclines as well so that was a bonus but was never an issue in any of the other 9 manual vehicles from small cars to pick-ups to SUV’s we have had in the past.

This was what I was thinking as well but how would I be able to tell?

Have someone step on the clutch pedal, and see if the slave cylinder holds its position, or slowly engages the clutch.

Ok well that is going to be a little tough as the trans is on the shop floor at the dealership. When they did the diagnosis and the warrantee people had refused to pay I told them I was not paying for the repair so the car is still there LOL. Is there any other way to look for a leak?

OK then assume the clutch hydraulic system has an issue and start checking master cyclinders, slaves and clutch hoses.

You may be forced to take it to a good independent shop and have diagnose the problem the dealer won’t. If they find (and fix) the problem, you may be able to get the dealer to pay for it as a goodwill gesture or by suing in small claims court. At least then the car will be fixed.

When a clutch is replaced, the slave cylinder is usually unbolted from trans with the hydraulic line still attached.

During your ownership of the vehicle, has anybody else BESIDES your wife and yourself driven the car?

If you don’t know what you’re doing, or if you’re out for a joyride, you can do a lot of damage in short order. And it might not be readily apparent immediately after returning the car

I was a valet for a few months, during a time when I was young and had few prospects on the horizon. Anyways, a few of my colleagues decidedly did NOT know how to drive stick properly. I have no doubt they could have worn out a clutch in short order. Some of them weren’t so young, and they’d “gotten it out of their system,” but that didn’t change the fact their technique was completely wrong. And they had no idea. They literally didn’t know what they didn’t know, so to speak.

A clutch can be destroyed very quickly by a newbie driver. Like in the course of a day. But in your case, that seems doubtful. This is assuming there’s only one driver (your wife) who has never needed a clutch replaced in 20 years of manual transmission driving. If that’s all the case, it’s difficult to believe this could be a problem with the way your wife is driving the car. So it pretty much has to be caused by some kind of mechanical problem with the original clutch parts, the hydraulics, or the adjustment.

How to prove, may be very difficult. I had a VW Rabbit years ago, had a fuel pump power supply problem subject to a recall. When I got the car back from the dealership the fuel pump ran all the time the key was in “on”, even if the engine wasn’t started. Since it didn’t do that before, I took it back. The service manager told me all VW Rabbits did that. Before taking it back I noticed the fuel pump relay was distorted, apparently for overheating. I asked the service manager to at least check that. When I came back for the car the next day, the service manager told me everything was fine, nothing needed to be done. But when I started the engine this time, the fuel pump didn’t run until the engine started. And when I looked at the fuel pump relay, it was no longer distorted. Still wondering how the relay managed to unwarp itself over the course of the evening … lol …

If you really want to understand what it’s like to be the clutch on the car of someone who slips the clutch to hold a hill, go to a ski resort’s bunny hill where there is very likely a rope tow up the hill. Now grab the moving rope and let it slip though your hands, holding just tight enough to not slide down the hill backwards but not tight enough to actually move up the hill.
I give it about 15 seconds before your hands have had enough.

I worked around a shop mowing the grass and cleaning up for an old mechanic. This fellow had great stories. He told about one elderly man who came into the shop with the clutch almost gone in his 1946 Buick Roadmaster. My mechanic friend replaced the clutch which was a more difficult job on the Buicks of those days since it had an enclosed driveshaft and the rear axle had to be dropped. Well, after replacing the clutch and checking out everything, the elderly man was back a couple of months later with the clutch almost gone in the Buick. Again, the clutch was replaced. Two months later, the customer was back with the clutch almost shot. My mechanic friend replaced the clutch and then decided to go for a ride with the elderly man driving. The old geezer only let the clutch out to the friction point and drove slipping the clutch. When the mechanic suggested he might let the clutch all the way out and save him replacing clutches, the customer replied, “This is the only way I know how to drive a car. Your job is to put in clutches and my job is to pay for them”.

I have a feeling that if that person had a car with an automatic transmission, he would have had to put in new brake pads and rotors every two months. Letting off the brake only enough to let the car move as he drives.

One murderous (on a clutch) practice that I’ve seen people do is, in hilly terrain, use their clutch to hold the car still at stoplights by slipping it.

@the_same_mountainbike. Studebaker had an option back in the 1940s and 1950s called a “hill holder”. This device engaged the brakes to keep the car from rolling backwards when stopped on a hill. When the driver released the clutch to move forward, the brakes were released. It seems to me that Nissan may have offered that feature sometime later.

I seem to recall some manufacturers having this feature in much more recent times, within memory but long enough ago that manual transmissions were still common offerings.

I seem to recall some manufacturers having this feature in much more recent times, within memory but long enough ago that manual transmissions were still common offerings.

I know Subaru’s had them for a while, I just don’t remember when. I replaced at least one for a friend.

@PvtPublic. I believe it was Subaru instead of Nissan that offered the hill holder in more recent years. In earlier times, it was a Studebaker feature.