Just a heads up. My younger sister called me last night and she wiped her 2017 Accord out against the side of a pickup which ran a red light. The preliminary estimate was 15+ grand but they feel the damage is more severe than what appears.

The steering wheel bag did not activate and she plowed into the steering wheel to some degree. She’s ok; just a bit sore.
I’ve advised her to not let any repairs proceed and that the car should be written off. I also advised her to contact Honda Motor Company first thing this week and advise them of the SRS failure because they will likely have a rep all over that due to the potential liability.

The passenger bag went off; not the driver’s bag. Maybe there’s an issue here which is going to lead to a Recall. Anyway, just a heads up for late model Accord owners.

I’m sincerely sorry to hear this, but very happy that she’s not seriously injured.
Thanks for passing on the tip about the driver airbag not deploying. It could be important to others.

My bests wishes go to your sister. Hopefully everything will work out okay and she’ll be back to normal life soon.

Glad to hear your sister is OK, sore but OK. If you can walk away from an accident that is a good day. The sensors / algorithm that trip the air bags look at a bunch of things, deceleration, angle of impact etc. The air bags will protect you from a very bad impact - but at a price. The air bag opens violently and may bruise your face and chest or break your nose/ribs. The trade off is you are alive. If the impact is less severe, the seat belt will protect you and no need for the air bag to deploy. The evidence is she is OK, the air bags were not needed to protect her.
The following links talk about why air bags do not always deploy. The conclusion in the first link sums it up nicely. 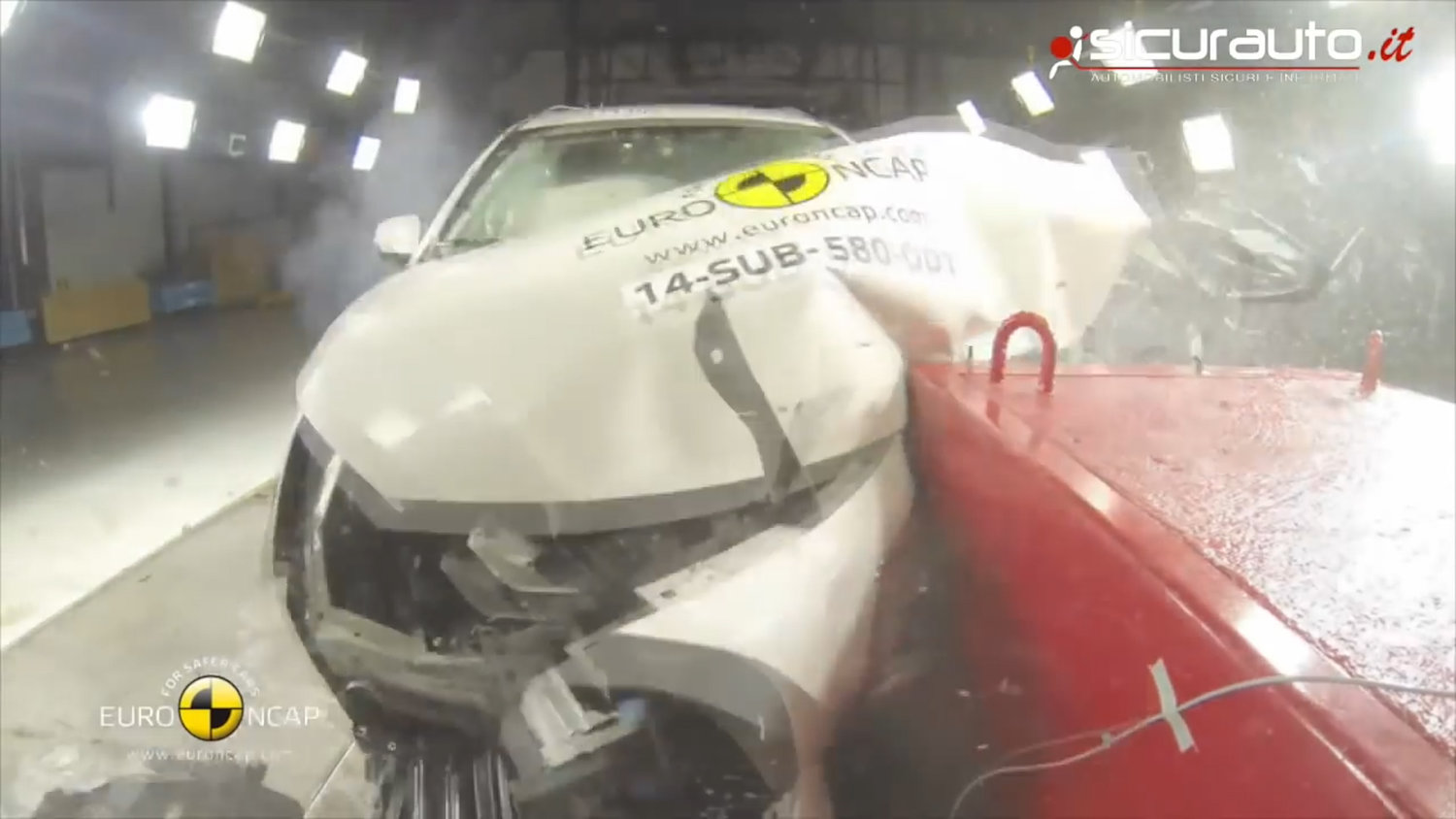 Why didn't my airbag deploy?

You're in a crash and your airbags don't go off. Is your car defective? Is it time to sue the manufacturer? What is the mad science of crash survival?

When Should An Airbag Deploy?

Many motorists feel more secure in their cars, knowing that in the event of a serious collision, an airbag will deploy and perhaps save them from fatal inj

Good to hear your sister is OK.
Based on my wife’s experience when some driver on the back totaled her car and damaged car in front of her, initial soreness will only increase in next few days, so she might need to get to doctor to get some muscle relaxing medicine, not to mention doing X-rays and such.
Insurance company of another side will try to get a sign-off on the release of liability ASAP, it would be unwise to let it happen until she is 100% sure of no hidden damages.

Granted, I’m not privy to the Honda tech info but it seems to me that a 35 MPH broadside into a truck and which completely wiped the front end should be enough incentive for the bags to go off.
The passenger bag went off and there was no passenger in the seat…

This is her 4th new Honda so she’s a bit antsy about all of this now. She’s going to contact Honda and my gut feeling is that a Honda rep is going to go to the body shop and look that car over. I’ll post back when she provides some more info.

The miscreant in the truck took off of course. However, thanks to bystanders and cell phones several people snapped pics of his license plate and the police issued an arrest warrant.

The tribulations of driving in Fort Worth, TX traffic…

The miscreant in the truck took off of course.

So, obviously the truck was driveable. Agree with @SteveCBT, her air bag probably shouldn’t have deployed.

Was there a passenger in the vehicle? If not, it sounds like some wiring got crossed and the passenger side bag is switched with the driver side bag. This should cause an immediate recall.

No, not all bags go off at once. If that happened ANY incident large enough to pop an airbag would total the car. Insurance costs were severely affected when both front bags deployed in any frontal accident. Imagine the costs if the side bags and the fronts all deployed at once.