Tired of having to clean and tighten 2 battery connections? Do you keep getting confused as to whether red or black is positive or negative? Maybe the answer is the new single post battery. Positive and Negative connections all in one! 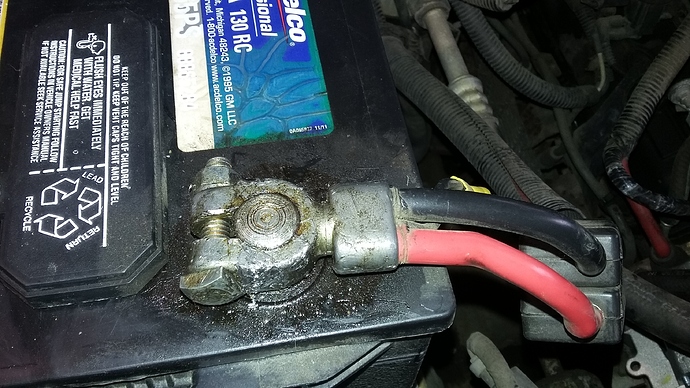 OK, no not really. Sometimes I look at the cars that come in the door and wonder who the heck did this and what makes them think they should be anywhere near a car.

I can just see the tow truck driver from AAA now…

Maybe the guy was color blind. 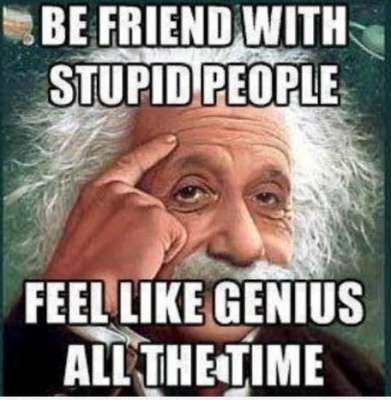 That’s why I hang out on this forum.

Einstein’s birthday is on π-day, a coincidence?

Did somebody hijack you, You have not been vindictive and politically devisive in the past.

@Barkydog. As I understand it, the single terminal battery with the Washington Post will be marketed by the J. P. Sousa company.

@Barkydog. I am not being politically devisive. Bringing the positive and negative posts together is a unifying move. It’s called “reaching across the battery”.

Bringing the positive and negative posts together is a unifying move.

Perhaps it will “spark” a movement in “current” events that serves to “charge” us to remove all the “insulation” from our “groups” and get our electrolytes in balance.

You got me, my first thought was “how would you jump that?”

Ahh, they’re both positive cables. The red cable runs to the main fuse panel. The black cable is the power supply to the liftgate at the back of the truck. Why they chose a black cable for that is anybody’s guess.

I’ll march to that.

The best thing about a single post battery, it never runs down …

Seriously, whoever that belongs to should wrap some appropriately colored tape over the wire with the wrong color. Otherwise it is an accident waiting to happen. Interesting photo there, thanks for posting.

Is this a real photo or photoshopped?

100% real, as you see it. The black cable isn’t actually a ground cable. It’s the pos lead to an electric lift gate that has been installed on this pickup. Why they used a black cable is beyond me.

I suspect the manufacturer of that splice cable chose to make it with both colors to suggest that it could be used in either post on the battery, a universal replacement cable.

If the cable were to be used as a negative cable the red cable could be wrapped with electrical tape so someone not paying attention won’t become confused by two red cables.

I bet it was done so because the lift-gate is “grounded”.

I REALLY should have swallowed that coffee before reading your reply. NOW I need to clean my computer screen!

Why they chose a black cable for that is anybody’s guess.

Maybe the truck has that line Black as the accessory cable to correspond to the liftgate and any other accessory added by an upfitter.