I have a question no one seems able to answer. I have a 98 Dodge B3500 5.9, I use it to travel from Florida to New England and back. When I am in New England all summer long my mileage is consistently above 15mpg. The driving there is 99% secondary roads, speeds between 35 -55 in town and country driving. When I return to Fla my mileage always drops to between 12-13 mpg. Once again the driving is very similar. Both places are approx sea level. No one seems to know why the drop, but I could turn around from Fla and head north and watch my mileage increase. What is causing this fluctuation?

Are you in Florida during the winter? If so, the part of Florida you are in could change the oxygenation mix according to the season, and the winter mix gets worse gas mileage. I get worse gas mileage in MD during the colder months for that reason. It might also have something to do with how the octane level is achieved. If you live in an area of New England where ethanol-free gas is available, you would get better gas mileage than using E10. If only E10 is available in Florida, this could account for some of the drop too. I don’t go to NE much, and don’t know if all areas must use E10. Last thing: you don’t use E85 in Florida do you?

Yes Fla during the winter and both places use E10. Winter temps in Fla are about equal to summer temps in N.E. the variables arent worth putting into the equation…The only difference is there are hills in N.E. Fla is flat!

Same gasoline octane ratings? If same octane, same E10, same ambient temperatures, about the only thing a person could guess, the gasoline in Florida isn’t as good as the gasoline in NE. It may be that Florida is required to have a different blend in order to pass the EPA requirements, especially possible during the winter. Here in Calif we have to use a different blend in the winter than the summer for that reason.

Here’s a bit about summer and winter blends: 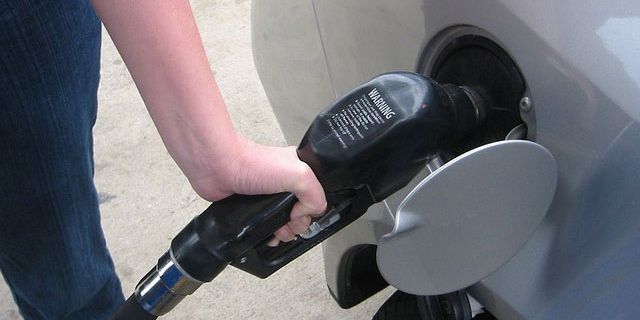 What Is Winter-Blend Gasoline, Anyway?

We do change blends with the seasons here in the Northeast. But apparently Florida now uses winter blend year 'round. As Florida gas prices continue to decline, discussion on radio talk shows point to the fact that prices should continue to fall as the State moves from the 7.8 Summer blend, back to the traditional 9.0 blend. What many never … Continue reading

It may sound counter intuitive, but a hilliness can actually help the gas mileage of some cars, especially if their high gear is somewhat on the low side of the gearing spectrum.
The thermodynamic efficiency of internal combustion engines falls off steeply as the load on the engine approaches zero and on a perfectly flat road your engine is steadily putting out about 10 to 15 horsepower depending on the speed at which you cruise.
But on a hilly road, your engine is alternately putting out 20 maybe 30 horsepower going up a hill and then coasting down with the fuel flow nearly shut off to average 10 to 15 horsepower.