Ford Focus engine revving flatlining on startup, anyone know why?

Looking for advice on what my cars issue may be

Every morning when I turn my engine over, it does this. Revs up as desired, then revs absolutely flatline to the point where the car shudders and sounds like it’s about to stall, before revs kick back in again and it starts to level out. Does this EVERY morning (and if I drive in the evening after leaving it idle for hours, but the flatlining is less if its been in the sun). By the time I drive to work (about a 25 minute journey) the problem has subsided (if I turn the engine off and turn it back on again when I get to work, it just turns over and holds revs like its supposed to) it only does it when the engine is cold and hasn’t been used.

Have taken it to a garage where they cleaned out all of the filters and reset all of the electrics hoping that would be the fix, but it didn’t change things at all. When they plug in the diagnostic machine it comes back with zero faults on the system, and they don’t know what the problem is, or how to fix it.

Has anyone encountered this before and know what the issue is?

It sounds like the Idle Air Control valve is hunting for the proper idle speed when the engine is cold. 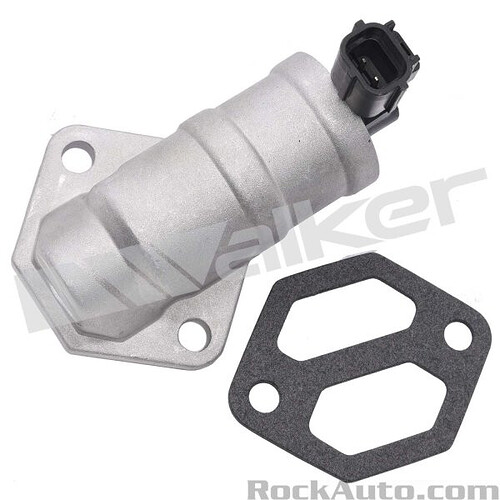 Start the engine, and as the engine idles, take the handle of a screwdriver and rap on the IAC valve.

If the engine idle changes or the engine stalls, it points to a problem with the IAC valve.

Do ECT and IAT match at startup?

My guess, some sort of problem with insufficient intake airflow. Could be IAT device above, but could also be the throttle valve is sticking in its bore from PCV system gunk.

Beyond that, when engine is cold started fuel/air mixture has to be significantly richer, spark might have to be hotter, and idle rpm higher for engine to idle smoothly and reliably. So good start on this diagnosis is to verify the engine computer knows the correct engine coolant temperature. Any vacuum leak allowing unmetered air into engine has to be considered. Also if there’s been any deferred engine maintenance, engine air filter, spark plugs, etc, could be a contribution to the symptoms.