Finally... A Thread with All of the Answers

You can now refer people here to give them a response to their car question by number. Below is a list of a few common ones to get the thread started.
Add your own and eventually this thread will have every response and/or answer to every car question!

24.) Edit your post to the point that someone can actually understand what your problem is.
Just to be clear I was adding to your list Joe, not commenting on your post.

Add “42” and delete everything else.

@jtsanders, nice use of the Hitchhiker’s Guide reference.

@ #4 switched from dexcool to peak global lifetime, no regrets and much happiness.

Gee thanks Joe…I guess I need to find a new hobby now.

Maybe the DIY repair book “Fix Your Ford” isn’t the right one to use for servicing a 2015 Ford F150. 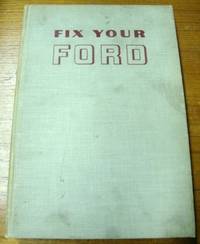 It seems we discuss numbers 7 and 9 quite often, at least on this website

When I was at the Benz dealer, many of the customers would brag to me that they exclusively use 87 octane. So many times, I wanted to tell them what a cheapskate they are, that they don’t deserve to drive that luxury car, if they cheap out at the filling station. But I just looked at them and nodded my head, without actually saying anything. When you’ve got nothing good to say, perhaps it’s best to say nothing . . . ?

It gets “better” . . . some of these “high class” customers would call the free Benz roadside phone number, so that the guy would go to their house and fill 5 gallons of 91 octane. Because they had supposedly/apparently run out of fuel

I didn’t do roadside, but I regularly talked to the roadside guy. He said it was always the same “customers” who were pulling those antics. I put the word in parentheses, because as far as I know, these losers didn’t actually spend any money at the dealership. Maybe to initially buy the car, but never again afterwards.

I followed this post to get some of my more important questions answered.

There is only one problem with this whole thing… You are asking people to ACTUALLY READ SOMETHING!!! Its a failure from the start… LOL

"When I was at the Benz dealer ... I wanted to tell [some of the customers] what a cheapskate they are

Your story reminds me of what happened to a newly wealthy Silicon Valley scientist. He had been relatively poor all his life, drove a 15 year old Honda Civic to work, as far as I could tell he never bothered to wash it. An immigrant supporting his young family, but always had a very pleasant and happy disposition. Then he got hooked up w/a successful hi-tech company and his stock options vested, all of a sudden he had more money than he knew what to do with.

A year or two after all this happened, I see him over at Costco, standing outside. I say “hi”, ask him why he’s there. He says he’s getting new tires put on his car, and he’s very worried. And indeed he looks very worried. Later I see why, his car is one of those super-expensive very-shiny Benz models. He’s worried the Costco tire guys are going to scratch it! … .lol …

Thank god that nobody is going to read this thread and we will still be asked the same questions. Gives me something to do.