Now the VSC and TRAC OFF lights are on, and the shop says I need to replace the Bank 1 rear converter (and an air filter). With labor, $1100.

This sounds like a lot of money to me. I haven’t had to pay for major repairs for a long time (had a Saturn that ran forever). So I don’t know. What do you all think?

a v6 might have a front and rear manifold cat and a 3rd midstream cat and resonator. if you have all of them replaced with california carb stuff than it could be thousands of dollars. my v6 rear cat fed directly into mid-pipe resonator so depending on rust issues you may have to change out a cat. usually a failed cat is not changed due to rust. it is for lack of cat efficiency due to some motor issue like running too rich or so on

I would get a 2nd and 3rd opinion/estimate. The parts for your first job should be around $600ish retail. Of course a shop will mark that up somewhat. With labor and tax you should’ve been around $900-$950ish. If you have California emissions, you can tack on another $200 or so. To me it seems that they are really marking up the parts unless they are getting OEM parts from the dealer.

A direct fit aftermarket converter/manifold retails for around $260. If it’s the firewall-side bank, then the labor to get to it could be more. But even for allowing a significant mark up on the parts, $1100 is pretty steep. I’d shop around. I’d also get another diagnosis, and see if another mechanics thinks your problem is the same as the first one. Given the prices that are being charged, I’d be a bit leery.

Find another mechanic,this guy is ripping you off. I never changed the catalytic converter on my Corolla and its 6 years older than yours. Did they give you an explanation why they replaced the cat?

Why are you assuming the worst?

I don’t think we’re yet in a position to label this mechanic as a thief . . . we’ve only heard one side of the story. What if the exhaust system was severely corroded and the car wouldn’t pass inspection?

The car could have had P0420 and P0430 for years. Cats could be toast, due to overheating, excessive oil consumption, ignition misfires, etc.

Find another mechanic,this guy is ripping you off. I never changed the catalytic converter on my Corolla and its 6 years older than yours. Did they give you an explanation why they replaced the cat? 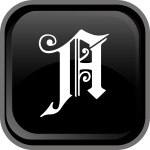 Your logical fallacy is anecdotal

You used a personal experience or an isolated example instead of a sound argument or compelling evidence.

Corrosion in California, please explain that?

Corrosion in California, please explain that?

Show me where op stated the car was located in California . . .

not all Californians live in the desert, where it rarely rains

Some cars are located by the ocean, where the salty breeze does a number on them

And many cars currently n California spent a lot of time elsewhere, before being brought in

There’s plenty of rust buckets that come in . . . that rust doesn’t magically disappear when they cross the state line

I never paid more than $600 to get my entire system replaced.Wagner exhaust parts are cheap enough that you can do it yourself. Most aftermarket cats cost around $250 and mine never got replaced.I live in the rust belt and my Corolla endured 19 long winters.

Your personal experience is yours. Without seeing the actual invoice saying the mechanic overcharged or charged too much is impossible. There are to many times when posters leave out details or don’t fully understand that should ask questions of the shop.

I agree with Volvo on this . . . your experience is yours, and yours alone

It doesn’t mean that everybody will have your experience

But you’ve apparently made up your mind . . .

Here’s a link that’ll show you what to expect for parts costs at a dealer shop. They ain;t cheap.
https://parts.lakelandtoyota.com/

Yep, that is why don’t get OEM for exhaust parts. For me, Wagner aftermarket is good enough.

The car is 14 years old and even if California is an issue who says the car has spent that entire 14 years in CA? Maybe the first 10 was in Chicago…

Dealer parts are usually higher than aftermarket parts through the local parts store. I’ve been involved with some repairs that involved friction over parts pricing and the irate customer is pointing the finger at the wrong person. If they’re mad complain to the car manufacturer who sets those prices ot the dealer.

Case in point. Customer mad (rightfully so…) over 5 grand for a brand new Subaru transmission The dealer COST on that transmission was 4 grand so a 25% markup is not that bad.