The first time I went in the guy told me to superheat my catalytic converter by driving on the freeway before coming in. So I went and did that and came back. My hc at 15 mph was 55.

A mechanic friend told me that I could try cleaning the throttle body, switching the air filter and putting premium gas in (I usually use regular). I was wondering if this would be enough or if I should try something else. Also is that easy enough for a college student to do by himself or should I take it in somewhere??

Thanks for the help.

I’d change the air filter and more importantly, install a new set of spark plugs if that hasn’t been done in recent memory; or if ever.

It only takes one plug misfiring to push the emissions over the limit and the misfire may be so subtle it will not be noticeable or trigger the CEL.

Would you recommend me take into a place to get that done? Or is it possible to do myself with the proper tools?

Thanks again for the help

You don’t want to put premium or high octane gas in a vehicle that doesn’t require it.

If it’s used in a vehicle that doesn’t require it, it’s harder for the ignition system to burn all the fuel entirely. And this will raise the HC level.

The first thing I ask when a vehicle fails the HC test is, how much oil does the engine use?

You said “poor college student.” Now, what state do you officially reside in? Do you go to college in state or out-of-state? The reason being…IF you go out-of-state, AND there is a discrepancy in testing protocols between states…register the car in the state that is most lenient. You’re generally not considered to have “moved” just because you’re going to school somewhere–but if it benefits you, just give you current residence, and simply don’t volunteer the info that you’re a student.

(Come to think of it, this works intrastate, too, if testing protocols vary…generally harsher in more populous areas.)

BTW, why are they even sniffing this? All cars from '96 onward are OBDII…generally that’s “plug in; look for Check Engine Light; pass if not illuminated.” Is the CEL on?

P.S. What do the more experienced members of this board think about filling up with enough E85 to make the whole tank E15 or so? Since stoich. is richer this way, it should drop HC readings, IF the car fails to immediately adjust fuel trims.

Thanks for the responses. I live in Oregon go to school in California. Its registered Oregon but I’m not gonna have the car there for a while.

There’s no cel on, and I’m not sure how much oil is being used, but I don’t drive the car all that much and it was changed in December.

Most states now mandate that E10 be the standard motor fuel.

If your permanent address is in Oregon and you’re a full time student, you need not get it registered in California… if that’s what you’re doing. You may even be able to register the car in Oregon online. You may want to check this possibility out.

Can you clarify for us exactly what you’re trying to do here?

Re: the testing; many states still use testing rather than the OBD download. The way it works is that states that have areas that require emissions testing submit a compliance plan to the EPA. The EPA either approves it or requires it to be modified. If a state desires to change its plan, it submits the modified plan to the EPA for approval/denial. When the whole process started, OBDII did not yet exist. Every state by necessity used tailpipe testing. As technology evolved, and after the mandate for all vehicles model year 1996 and newer to have OBDII, some states submitted new plans to the EPA based on an OBDII download and an inspection of the systems for compliance (no mods that might affect emissions, etc.). NH did that. Many states did not, staying with tailpipe testing. Many states never had any emissions testing requirements, because the initial air quality testing during the implementation of the program showed levels of emissions lower than the EPA’s goal.

Oh I need to renew registration in Oregon, and they require smog testing, but since I’m not in Oregon I asked and they said as long as I pass smog inspection in Cali, they’ll clear me and I can get my registration renewed.

Sorry I didn’t make that clear before.

Change your plugs and wires

As for the plugs, get the ones specifically listed in the owner’s manual

Don’t let anybody sell you some generic champion plugs

You have 3 double sided coils, so you have wires going from the coils on the front bank, to the plugs in back

You can do this yourself

If you still fail with the ignition tuneup, further testing is required

it could also be due to low compression and/or excessive oil consumption, among other things

Thanks. That provides a clearer picture.
Hopefully the new plugs will burn those last few molecules of HC necessary.

A slightly dirty injector can cause this also…A quality injector cleaner like Chevron Techron or BG Formula 44K will clean them up quickly. Add the cleaner to your gas tank when it’s below 1/4 so you get a good concentration of cleaner…

Check your state law. Generally, they recognize that people (like military, students) can be out of state for extended periods and do not require otherwise due inspections until you get back in state for a nominal length of time, like one week.

For example: I went to school in NM while I was a resident of PA, for roughly 3 years. PA required both safety and emissions; NM (San Juan Co) required neither, and had no means of doing either. HOWEVER, I could keep driving my Sentra without current emissions/safety stickers until I spent 7 consecutive days back in Commonwealth.

Given that all my holiday visits lasted exactly 6 days

, I (legally) drove that car the full 3 years with rather AGED stickers!

You are so close to passing that almost anything you do that will have any effect on low speed combustion should push it below the limit. I would expect that a fresh oil change would get you the couple of ppm you need to pass. Is it time for an oil change anyway? Problem is, you probably get only one free re-test, so you want to be pretty sure it will pass next time you go back.

I would not be surprised if the biggest problem at 160k miles is old , tired oxygen sensors, but you don’t want to spend that kind of money just to pass SMOG. Put those off until the engine computer starts to complain about them.

Your car has no spark plug wires. It has rubber boots below the coils. The boots can crack and cause misfires that increase HC, but those would not likely cause a failure at 15mph test, and even if they do, fresh plugs will fire easier likely hide that sin for a while. Look at the rubber boots when you are replacing the plugs, and if you see cracks and burn marks, new ones would be a good idea. I have replaced the boots on both my '97s, but my cars have a lot more miles than yours.

You can spend anywhere from $2 to $10 each for spark plugs for this car. I would suggest NGK BKR6EGP in your constrained budget situation. They run about $3.50 each and should hold up fine for 30k miles or so. Other good options are Denso or Bosch spark plugs. Don’t let anyone sell you $10 spark plugs unless you really want plugs that you can run 100k miles.

Another thing that does no harm, though it is more of a CO solution than an HC solution, is some fuel injector cleaner like Techron.

You can absolutely change the spark plugs (and rubber boots if you need them) and the air filter yourself. Minimal tools are required and instructions can be found on the web.

You might want to use some Sea Foam or Berryman B-12 to clear up any fuel injector problems.

Most states now mandate that E15 be the standard motor fuel.

Georgia, even Atlanta, is still on E10. Most car makers haven’t certified they’re cars for E15 yet.

Since you’re on the internet, why don’t you look up this kinda stuff yourself? 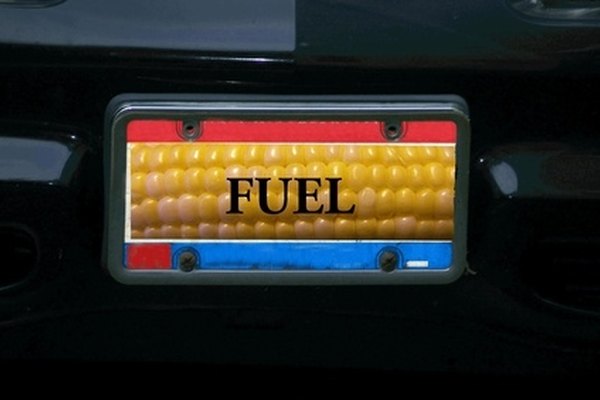 Ethanol (ethyl alcohol) is a type of alcohol fuel. It's possible to use alcohol in internal-combustion engines in its pure form, where it can be mixed with gasoline and used in unmodified gasoline engines. Today, ethanol in low-level blends of up to...

“Your car has no spark plug wires. It has rubber boots below the coils.”

That is only partially true

OP’s engine is an early 1MZ-FE with 3 coils. There are most certainly wires, going from the front bank of coils, to the 3 plugs on the rear bank

Since you're on the internet, why don't you look up this kinda stuff yourself?

I’m sorry, @Tester, where in your link is E15 discussed?