Does daytime headlight use waste gas?

This is a debate among friends, and a keylime pie is at stake. My friend says he does not use his headlights during the daytime because the extra load on the alternator wastes gas. I say he’s crazy. The alternator does not work like the air conditioner compressor. There is no mechanical load on an alternator based on the current drawn for any electrical use. The alternator generates current from an electromagnetic field in the motor’s windings whether the lights are on or not. The voltage regulator decides when to draw current based on battery voltage. I say there is no difference in gas use for lights on or off. Please help me win a keylime pie!

The mechanical load of turning the alternator is directly related to the amount of power that it is supplying. Think of the magical things that we could do if this were not true.

Right. That’s why when I turn off my headlights at night there is a noticeable RPM rise.

Yes, your car does use more gasoline when the headlights are on. The difference, however, is negligible. The safety factor more than outweighs the loss in fuel economy.

To help prove to yourself that an alternator must work harder when producing more power, try a jump start on another vehicle and listen to yours as you make the LAST connection to your ground. When the alternator has more demand placed on it you’ll hear it draw down and the engine compensate for the extra load, thus resulting in a slight increase in gas needed for the engine. Granted, low beam is not much load but it is electrical demand and the more stuff you have turned on, the more demand of the alternator and the more the engine must help. I love key lime pie too.

There is more fuel being consumed when the lights are on; just not enough to be noticeable. The load on the alternator exists all of the time and it’s variable.

If you want to see how the magnetic field could possibly affect engine power then touch a screwdriver tip to the alternator pulley on your car (key off). No magnetic attraction.
Turn the key on (engine off) and repeat. Notice the attraction now? And that’s with the engine off. Imagine that magnetic attraction becoming stronger and stronger as more load is applied to the electrical system.

It seems like many years ago I remember reading an article in a performance magazine in which they were dyno testing a small block Ford engine and broke down the power losses associated with each component. While I don’t remember the exact figures it seems to me the alternator was pulling something like 4 horsepower???.
The one that really surprised me was a mechanical engine fan pulling 7 horsepower.

There is no mechanical load on an alternator based on the current drawn for any electrical use.

Where did you hear that??

There most definitely is a mechanical load based on current draw.

handlebarjay…home made key lime pie for all of us please.

Key lime pie for all!

[i] There is no mechanical load on an alternator based on the current drawn for any electrical use.

Where did you hear that??

There most definitely is a mechanical load based on current draw. [/i]

Well if I remember by physics properly he is almost right. The primary force is electro-magnetic. However I would believe there there is a very tiny bit of additional mechanical load as well due to the extra loading of bearings etc.

The difference would be so small, that I doubt if it could be measured that way. I am sure changes in driving, wind etc would be far greater than the electrical difference. I would expect the difference to be a little too small to measure anyway.

The engine has to supply the power to the alternator via the belt - that’s what I would consider a “mechanical load”. If you hooked up a 746 watt light, that’s one horsepower (ignoring the generation losses). It’s this ‘no load’ misconception that fuels (sorry) the HHO scammers.

And the pie, below, does look great. If handlebarjay made it, let’s be happy that he chose to cook rather than become a physicist.

100% of the energy used in your car comes directly from the gas. Headlights use energy. Vrey little energy, however. I’m guessing about a cup of gas every 20,000 miles.

Yeah, it’s possible to take the wattage and do the conversion into BTUs contained in the gas, then factor in typical engine efficiency (if memory serves, about 75% goes out the tailpipe and gets dissipated through the cooling system and through radiation) and figure about how much gas it takes, but I’ll leave that algebra to more picky folks. It’s too much work for me.

A quick start will use more. Probably does waste gas because without them more cars would have been in accidents and taken off the road so fewer cars.

When you buy a KEYLIME PIE, everybody wins unless it isn’t shared. You might as well think about stereo use. You can only waste gas by not driving. I hate unnecessary evaporation. The headlights require more gas. Electricity is power. That’s why it’s called electric power. Turn on the power has to mean something. Stop the thinking and buy the pie. 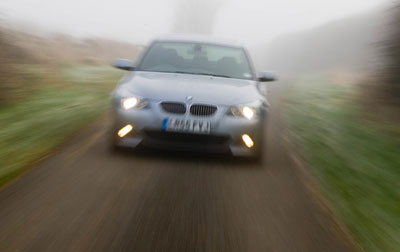 How much extra gasoline would Americans use if daytime running lights were...