I’ve a 2005 Ford Focus sitting for about 13 months. I parked the car with a full tank and now would like to get it back on the road.
I think water separates out of gas within a couple of months. So I assume the gas would no longer be good but please correct me if I am wrong.

I’d drain the tank but there’s an anti-siphon screen in place. So my thought was to get a recommendation for an additive to deal with separated water. Unless 13 month old gas would hurt the engine.

I’m not sure an additive will help if the gasoline has truly gone bad. Have you removed the gas cap and smelled the fuel? If it doesn’t smell like stale gas, I think I’d chance running it. A bottle of HEET might help for any water present. I think the ad linked is for a 4 pack, a single bottle is cheaper of course.

Gasoline will store in a vehicle with a sealed fuel tank for years. Only really old cars and ones with rusted out fuel pipes are not sealed. There shouldn’t be any water in the fuel tank. If there is, it’s because the tank vent isn’t sealed and the ethanol sucked moisture out of the air. This is a common problem with air cooled engines since the tanks aren’t sealed (except in California) and people put E10 ethanol fuel in them and let them sit for years. Then the tank and fuel parts get rusty.

edit: I’m currently over a year and a half in one vehicle. It still starts up and runs fine. The gas was purchased at a low price during the pandemic! Is there reduced power because it’s old? I don’t know. Is there moisture in there that’s harming my fuel system? I’m not sure. It’s E10 ethanol fuel. It starts and drives fine. If it’s too old then the solution is to drive it around to use it up and get new fuel. I don’t see any reason for throwing it out. 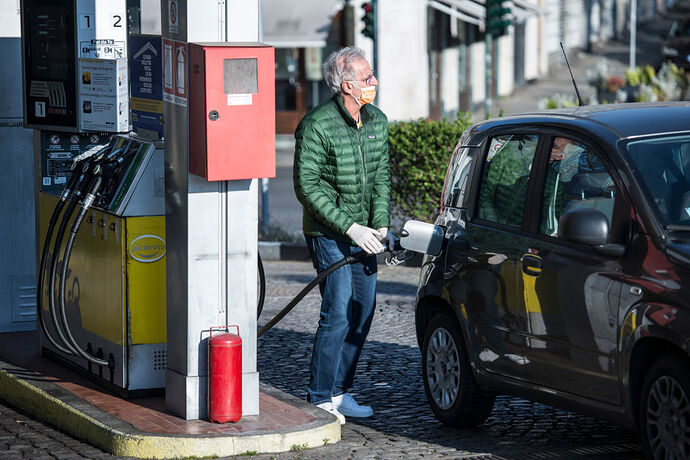 How Long Can Gasoline Last in Your Tank?

Many drivers are always on the lookout for ways to cut their spending at the gas pump. They may choose to buy the most fuel-efficient vehicle, such as a

Personally I don’t think it is a problem but sure smell it. I used to have a car sitting in the garage for a year and never had a problem. You could use a can of heet for any water problem. Used to be used for gas line freeze up north when the water would freeze in the line.