This is a 05 model with @155k miles on it. We recently fixed the coolant leaking in our car after much debate. Initial pressure testing was negative. Finally the shop said the intake manifold gasket needs replacement and during repairs said we will have to mill the manifold to make the leak stop completely. After three, four weeks it seems the level is still dropping in the tank. In the meantime check engine light came up and had to replace the EGR valve. So in all $1000 in repairs and the car seems not fixed. Not sure it was a wise decision to repair it in first place! Now how do I handle this repair with the shop if they mention something else needs fix? Was the manifold gasket repair needed?
The car is now showing another potential problem. It squeaks when we turn to the left, and it is somewhat loud. I initially thought it may be due to all rain, snow, in the past week and water getting on the brake rotors, but the squeaking has not diminished. Any idea what could be it? Will lubricating chassis help, get a undercarriage wash and checkout? I will attach couple of pictures taken from the side under the front wheel well. The passenger side shows lot of oil deposits on the chassis. We have droplets on the floor and seems to lot more in recent weeks, making it look like puddle. 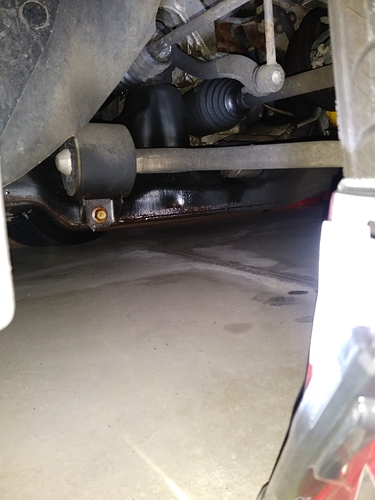 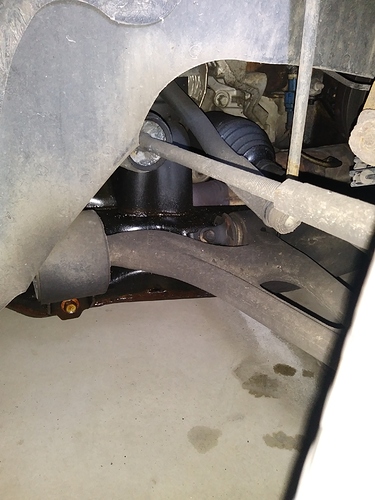 Not sure what kind of car this is, but if it’s a plastic intake then it could be leaking from the back of the engine that’s hard to see. Did your mechanic check underneath the manifold where it covers the coolant passageways? Sometimes it will fail due to it being plastic ( if it’s plastic) those gaskets do indeed fail though. I’ve had this happen on my ‘06 grand marquis.

This is a 2015 Mercury Monterey premier, with V6 3.8L? engine. I believe the manifold is metal. The shop milled it to remove some of the erosions, as per them. Thanks

Wow, you got a host of problems there OP. Sounds very frustrating.

Has the shop pressure tested the cooling system after the intake manifold gasket repair? If not, that’s the next step probably. There are UV dyes that can be added to the coolant to help spot an external leak. But that won’t spot a leak from the cooling system into the engine. You need to figure out where that coolant leak is occurring as the first priority. Once you find where, you might defer to fix it until something else breaks in that area, if it is just a small leak.

Since the coolant level is going down, suggest to monitor the crankcase oil level and the transmission fluid level, and those are two places coolant can leak to. If either of those levels are rising while the coolant level is dropping, you’ve found where the coolant is going at least. My guess however is that the intake gasket is still leaking a little. The cooling system pressure test mentioned above should ID that straight-away as a problem, and the UV dye leak-diagnosis method is probably your best bet to find where the leak is occurring. Do you see any white smoke coming out the exhaust pipe? Not sure, ask a friend to drive behind you as you accelerate your car up the on-ramp to the freeway. Your friend should be looking at the exhaust pipe of your car for clouds of white smoke. If white smoke is seen, the coolant is getting into the combustion chambers somehow, intake manifold gasket or head gasket.

Now about the squeaking when turning to the left. Ask your shop to check the power steering belt and belt tension. Replacing the intake manifold probably required the PS belt be remove or at aleast loosenend, and now it isn’t the same tension as before, that’s my guess.

Chassis lube problem theory for the squeak? Newer cars don’t generally have chassis lube fittings any more, so I doubt greasing the chassis is going to work. Do some more experiments i I guess. Does it squeak when turning the steering wheel left with the car parked? If so enlist a helper with the aid of a length of old garden hose as a stethoscope to see if you can isolate the location.