So, my check engine light came on: P0456 (“Evaporative Emission System Leak Detected (very small leak).”) This happened shortly after I filled up with gas, so I probably didn’t tighten the gas cap enough.

I got the code cleared, but, of course, it’s not cleared internally yet. And, it’s the 8th of the month, and my tag expires at the end of the month. What do I need to do to get the code to clear internally (assuming it was just the gas cap issue) so I can pass inspection? Some places I read said you have to drive 50-100 miles. Other places said you have to drive a certain number of cycles. Still other places said unhooking the battery for several hours would clear the code internally.

I work at home so I don’t commute, so I’m basically going to have make special trips over the next few days just to make sure I put enough miles on the car. I’m looking for any advice on what I should do.

Also: if someone hooked a scanner up to the car, would they be able to tell whether there are any internal codes that would prevent the car from passing inspection (even though the check engine light on the dashboard is out)?

Have you tried replacing the gas cap?

Yes, I did replace the gas cap. Should have mentioned that. And, as noted, the code was cleared by a mechanic. But I need to know what I need to do to get the internal code to clear so I can pass inspection. Thanks! 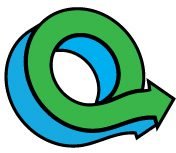 When did disconnecting the battery no longer clear all the codes? Back in 99 it still worked.

He’s not trying to clear codes.

He’s try tying to get the readiness monitor to complete for the EVAP system.

You probably don’t have to do a thing. That code will clear in a day or two. I f your car has something wrong, it will tell you. Don’t let anybody touch the car until it passes the smog check if you need one to register it.

When did disconnecting the battery no longer clear all the codes? Back in 99 it still worked.

It works now, but the testing place can tell if the battery was disconnected, and won’t allow a “pass” until all the after-effects of the battery-disconnect are finished. The car’s emission computer has a program called the “readiness monitor”, and that has to go through several steps (by driving the car in various situation) to “complete” the emissions readiness tests. Once the readiness tests are flagged “complete”, then the emissions test can pass.

So OP, don’t disconnect the battery. That would only make the problem worse.

Don’t you people understand the question?

The code(s) have been cleared by a scan tool.

When this is done, all the readiness monitors reset and the vehicle has to be driven under certain conditions to get the monitors to complete.

If you don’t get a readiness monitors to complete, and the vehicle is tested for emissions it will fail.

And getting the readiness monitors to complete in some vehicles can be an S.O.B. 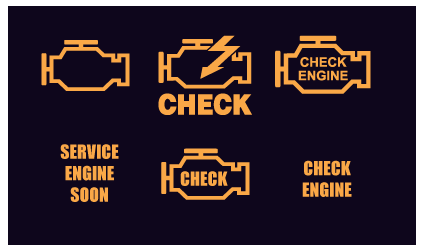 I forgot about the code cleared by mechanic. Should not have cleared it. Be careful to not just clear the code. No problem for the mechanic, huh. Good luck getting the monitors back to ready status. I guess the “not cleared internally” whatever that means, is what got me. Missed it by () that much!

My apartment complex has a tow company come through once a month with a plate scanner and they tow any cars that are not registered.

So OP, don’t disconnect the battery. That would only make the problem worse.

Thanks! Appreciate that. I was actually thinking of doing that. So I won’t.

Since the mechanic cleared the code with a scan tool, there shouldn’t be any more codes. But would a scan tool also say whether or not it’s done all the testing needed and that it’s now ready for inspection? Or just that there are no outstanding codes?

Thanks, @pleasedodgevan2! That article was very helpful.

Do you know if a scan tool would indicate whether the car was ready for inspection? Or would it just show if there are any outstanding codes?

[quote=“pleasedodgevan2, post:12, topic:186284, full:true”]
I forgot about the code cleared by mechanic. Should not have cleared it. Good luck getting the monitors back to ready status.[/quote]

Actually, after the light came on, I tightened the gas cap (thinking that that might have been the issue, since I recall not turning it three times after filling up, as you’re supposed to), and then drove 50 miles (over the course of about a week), but the light was still on.

So maybe that indicates the problem is more serious than just the gas cap? Or maybe 50 miles wasn’t enough.

Some states allow for one incomplete non-continuous ready monitor. You didn’t mention which state this is in but I would encourage you to look it up and be informed if that is the case where you live. For example, here is an excerpt from the MA safety and emission testing requirements and exceptions:

To pass the emissions test:

When I lived in that state, I had a persistent issue with small evap leaks on a Camry but still managed to pass inspection due to this allowance. The first time, I had to point this out to the inspector.

As far as I can see, all states allow up to two monitors to show “not ready” for model years 1996-1999, and up to one monitor to show “not ready” for 2000 and newer. I drove my Daewoo for years with the check engine light on, and codes P0442 and P0456, never could find the leak. However, come emissions testing time, topped off the fuel, I disconnected the battery to clear the codes, and drove it around to get the monitors to set while keeping the fuel topped off. (The evaporative emissions monitor does not run until the fuel level reaches 80%, so keeping the fuel level above this amount prevents the monitor from running.)

Interestingly, when I did the engine repairs, I decided to replace the purge solenoid, which can only be accessed from above if you remove the cylinder head and intake manifold. Amazingly, that solved the problem, so now the leak error codes are gone.

Some states allow for one incomplete non-continuous ready monitor.

Wow, that’s great! Thanks! I looked it up (Texas) and they allow one non-continuous monitor to be not-ready for 2001 or newer. So that would work!

But what does a “non-continuous ready monitor” mean?

The first time, I had to point this out to the inspector.

What did you do, bring a printout of the statute or state website with the info?

However, come emissions testing time, topped off the fuel, I disconnected the battery to clear the codes, and drove it around to get the monitors to set while keeping the fuel topped off.

(The evaporative emissions monitor does not run until the fuel level reaches 80%, so keeping the fuel level above this amount prevents the monitor from running.)