Problem:
My 2007 Pontiac Grand Prix GT recently had the alternator fail, I noticed also noticed my serpentine belt was shredding. I replaced the alternator and belts as anyone would of thought more issues came later. The vehicle worked fine for about a 3 weeks then I started getting a DIM Alert about a “Charging System Failure”. I didn’t think much of this and still drove the 30 miles to work for about a week. Then one day on my way to work the car started to fully go out, the DIM stated “Charging System Failure” 2 minutes later “Battery Saver Mode Active” at this point I pull over to the side of the road and turn off my car, waited 5 minutes tried to restart and nothing. I had to call a family member to come to jump my car and when she jumped it, it was still losing power, but eventually driving the car home, the voltage shot from 11.6 to 14.3 the entire way home. Once I got home, I cleaned the battery terminals with baking soda and a wire brush. After I finished this, tried to drive around the block, and maybe 5 minutes into the drive the “Charging System Failure” appeared. So I took my car to Autozone to get the battery tested and they said my battery was bad. So I went to Walmart and got a new battery and new terminal connector for the positive terminal. I replaced the connector and the battery at the same time and tried to start the car and it drove normally for maybe an hour total then the “Charging System Failure” appeared, keep in mind it’s running at around 11.9v while driving. So I looked into it more and asked a couple of questions on forums and people said to replace the Battery current sensor, so I did just that and the entire negative battery terminal cable. Went to start the car and it was sitting at 11.5v and anytime I turned on my AC or my headlights it kept dropping, eventually turned the car off at 11.3v. I then had to leave on a vacation, and I was gone for a total of 10 days, I came back and tried to start it and I got nothing. She doesn’t even light up. Now that leads me to where we are now.

A thing I did want to mention is that when I first replaced the alternator very light white smoke appeared to be coming from the front of the engine block. ( Couldn’t find the source, only happened after replacing the alternator. ) It did this 2 times total, once on initial replacement and the second time when I replaced the battery and started the car.

I honestly don’t have money to go to a mechanic so I am trying to fix it myself, not sure where to go from here.

I have a few posts on here regarding the issue but they seem to have died off, any input would help a ton. I really want to do this myself but I’m at a loss for words on what it can be if I replaced every part of the charging system.

Symptoms seem to point to a failed alternator. I don’t know where you got the replacement but I’d hope there was a warranty on it. Take it back and have it tested.

Just an FYI, I don’t know where you got the part or what you paid for it but cheap parts are not a bargain and this is why.

You need to understand how the GM Power Management System works if you want to figure this out. 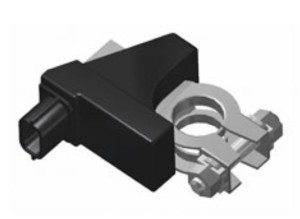 If you have GM charging system problems, you must first understand how they work.

After you replace the alternator, completely recharge the battery before starting the engine. A discharged battery can draw a lot of current and damage the new alternator.

Just some food for thought based on an incident in my past. A dozen or so years ago I had an alternator failure on one of my cars. Bought a remanufactured alternator from O’Reillys and installed it in a few minutes with no problem.
Started it up, dash charging light goes out, and meter shows charging fine so off I go for a test drive. Two miles and the dash charging light came on. Alternator tested fine, battery fine, cables clean and fuse links good…

I discovered that the pulley on that reman alternator had some abnormal wear and it was causing the belt (it and tensioner new) to slip, It would flat not get a bite on that pulley. Took the alt. back to O’Reillys. They were of course dubious but provided another alternator. Solved.

You might put a socket on the alternator pulley and try to rotate it against the belt just in case of a belt and/or pulley problem.

If you know how to operate a DVM, my diy’er battery alternator test. Before first startof the day battery should measure about 12.6 volts. Then immediately after starting engine, 13.5-15.5 volts. Post what you measure.

I think the light smoke you seen was from a defective new alternator.
you should have also replaced the belt tensioner and idler pulley when you replaced the belt. it could be part of the reason it shredded