This article echoes my own observations–if the potential buyer casts his net wide enough, and is willing to visit multiple dealerships. 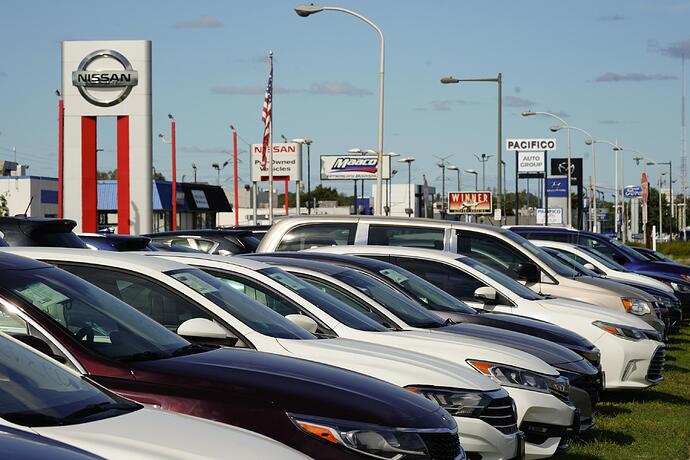 Auto prices finally begin to creep down from inflated highs

DETROIT (AP) — All summer long, Aleen Hudson kept looking for a new minivan or SUV for her growing passenger shuttle service. She had a good credit rating and enough cash for a down payment. Yet dealerships in the Detroit area didn't have any...

In case anyone is interested in my specifics, I had been quoted prices by two Lexus dealers that included a $5k “market adjustment” in one case, and a $15k market adjustment in another case–over and above the sticker price. Ummm… no…

Then, I visited a Lexus dealer a bit further away from my home, and while they were only going to charge sticker price, they appraised my trade-in at an insultingly-low $1k. But, by driving 53 miles, I found another dealer who charged the exact sticker price and offered me $7,436 for my trade-in. And, because the value of the trade-in is deducted from the price of the new car, I also saved a bit on the sales tax. Because I had my checkbook with me, I gave them a deposit.

I think it may take til the Spring for prices to get back to near normal.

Then, I visited a Lexus dealer a bit further away from my home, and while they were only going to charge sticker price, they appraised my trade-in at an insultingly-low $1k.

And I would have then told the dealer that my existing car is such a bargain at only $1k that I am going to keep it as a spare, and not trade it in. For that price, it makes sense to keep the old car around, so visiting family can drive it.

Did you take delivery yet? How do you like it?

Did you take delivery yet?

It’s in transit. I should get it in 2 weeks or so.

The market value adjustment occurred for a very short time in my area, I suspect corporate put pressure on the dealers to end that practice.

my existing car is such a bargain at only $1k that I am going to keep it as a spare, and not trade it in.

I wouldn’t be surprised if that decision caused them to recalculate the pricing on the new car. They don’t come out and say it but it’s often a package deal. The difference in what the old car is actually worth versus what they are paying is usually being applied to the new car price to lower it and make the deal more appealing. Back out of the trade and expect to renegotiate the deal.

It’s not always the case of course so it pays to do the research. Know what both the new and trade in are worth and decide what your limits are before going in.

I often start my dealing by telling them I am only interested in my price target out the door for the new car. I don’t care how you spin the numbers to arrive at that price. Then again, I am not financing and we are not taxed on the sale of either vehicle, new or trade. Seems there could be advantages to certain buyers by moving the money to either side of the equation under the right circumstances. But I’ve already done all the calculations in advance so don’t fall victim to the typical tactics like negotiating the new car first and then the trade so you’re already divorced from the old car and willing to take less than if the deal was the other way around…

I often start my dealing by telling them I am only interested in my price target out the door for the new car. I don’t care how you spin the numbers to arrive at that price

That is the strategy that I used with the purchase of all of my previous cars, but that hasn’t worked for the past few years, as a result of chip shortages and other supply chain issues resulting in product shortages. Hopefully, that strategy will again be useful once the chip factories can get back to their previous level of productivity, but I don’t think anyone can accurately predict when that will be.

Yes, you’re right of course, the entire process has been upended by these circumstances. All bets are off. I was reading where the car manufacturers are quite upset at the practices being employed to extract the most cash possible from consumers but the car dealers say they will never go back to the old way. This I doubt because there’s a reason it was the way it was- competition and supply outpacing demand. There will always be dealers willing to accept lower margin than the next to get more market share.

From my perspective, we buy lots of integrated circuits and we manufacture equipment sub-systems to fabricate them, it won’t be back to “normal” for a couple of years yet. It seems surprising it couldn’t rebound faster but there are a number of factors causing continued shortages that are not simple fixes. The ripples go very deep…

There will always be dealers willing to accept lower margin than the next to get more market share.

I wonder if the amount of dealerships will drop . They have been struggling for some time and now some manufactures are demanding expensive updates to their facilities for the Electric Vehicles they are going to build. Ford says if the dealer does not update they will only get 25 EV’s a year.

While I like the idea of Electric Vehicles the fact that the push seems to be to build to the higher price range.

While I like the idea of Electric Vehicles the fact that the push seems to be to build to the higher price range.

That seems like good business sense to me. Build something that makes the highest return. Ford won’t build cars anymore, even as EVs. Hyundai/Kia, Nissan, Chevrolet, and a few others are already in that market. Ford has the Mach-e and the F-series/Expedition/Navigator EVs that will make them a lot of money. Customers for these trucks as ICE products already provide good income and will not be too upset at paying more than invoice.

The days of going to a dealer and getting a vehicle you want in a day or two seems to be going away. most times if they did not have the exact vehicle you wanted, they could get it from another dealer. and unless something changes, it is pretty hard to get below MSRP. my vehicle is below. you can see how long it is taking to receive it. If I would have ordered the new Vette I wanted it was a year wait. now it is like a year and a half or more. UNLESS you want what they have on the lot, this is the process now.
Being 2023 is the last year for an ICE challenger, Charger, ect. they are giving dealers a few allocations based on what they sold in the past. I am hearing that some dealers are adding 10k, 30k. and even one at 50k over MSRP. It seems kind of crazy that you order a vehicle and by the time it comes to the dealer it can be almost a year old. or the new model year is out. My est. delivery is 12/12/22 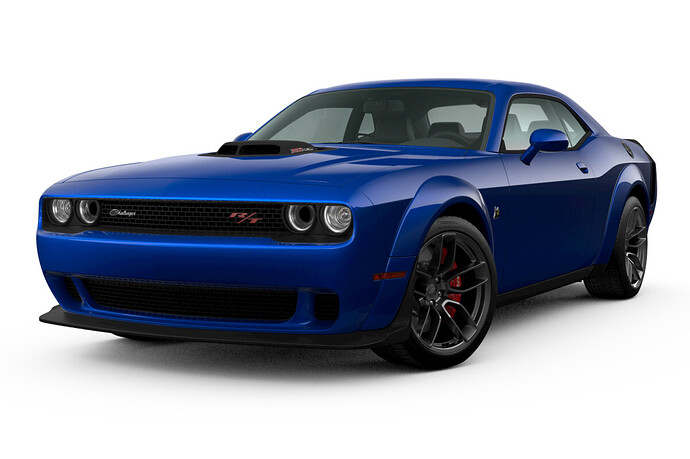 Image shown may not exactly match the purchased vehicle.

Your vehicle has been built and will be shipped to your selected dealership.

Whatever, the prices for the kind of cars I like to drive has really edged downward in recent months. The days of the sub-$3k used car have returned! Too bad I don’t have storage space, nor time to work on more cars, or even time to drive them.

They will have to come up with a new excuse now because I just read where there is a glut of chips now and makers are slowing them down .

That is a beautiful car!
I would be literally shaking with anticipation and unable to sleep waiting for that to arrive now that it is actually built and ready for delivery.

Those that must live vicariously through others in this regard respectfully request some video (with sound!) of the car when you get it. Please and thank you

I would be literally shaking with anticipation and unable to sleep waiting for that to arrive now that it is actually built and ready for delivery.

To quote Matt Smith as The Doctor: “This is Christmas!”

To quote Matt Smith as The Doctor: “This is Christmas!”

I was beginning to think I’m the only one in the USA who watches that show … lol … How I got started watching it is sort of a funny story and car-related. Was looking for a diy’er car-repair/restoration magazine focusing on commonly seen widely sold simple-design econoboxes, 70’s, 80’s, early 90’s. USA pubs of this nature tend to focus on 500 HP hot rods. Repair and restoration of 80 hp econoboxes not for USA readers I guess. Kept looking and finally found the sort of magazine I was looking for, but it was published in the UK, so had to deal with the differences in terminology between USA and UK English. One article said the car they were restoring was “remarkably Tardis-like”. Couldn’t for the life of me figure out what that meant …lol … But I recall hearing the term Tardis before, so looked it up. Turns out from TV show Doctor Who. “Tardis-like” meant the car seemed bigger on the inside than it appeared from the outside. So decided if I was going to read this UK publication, had to get up to speed on Doctor Who, starting with the the DVD for very first story-line originally broadcast in 1963. Been watching DVD’s since, now up to Series 9 circa 2014 I think.

I would love to watch the originals. Saw some of the animated episodes of the 2nd Doctor, and the teasers BBC America put up a couple years ago where they spent the whole year playing a few episodes from each of the Doctors leading up to the reveal of Jodi Whittaker.
Too much behind the scenes drama with the newer Who where good actors suffer from poor writing and some horrible actors that could have been replaced by house plants on a rolling cart due to their lack or screen presence and/or horrible acting.