Hello, I am considering buying a 2006 subaru with around a 100k miles. This is going to be my first car so I am just wondering if this is a good decision or not. And if its going to be reliable. Thanks!

First, check Consumer Reports for the reliability ratings of that specific car. However, for a car of that age and mileage, how it’s been maintained matters a lot. If this is a private sale and you can get the maintenance records, that’s a big plus.

In any event, I strongly suggest that you don’t buy this car (or any car) without taking it to a mechanic for a pre-purchase inspection. Spending a small amount of money now could keep you from buying a money pit that will cost you much more over time.

It depends upon condition and price. If the timing belt has not been changed (and you don’t have a receipt for it) plan on spending $700 to do it.

there’s no ONE answer…check out THAT vehicle…in fact, pay your mechanic to check it out.
I’ve sold two 130k trucks to satisfied buyers over the years.
The 80 Bronco had blown a hole through one piston, repaired with a 10 dollar used one, and later sold it to the mechanic who repaired it…
…to get my 92 Explorer…
which sold at 130k too , and they’re still driving it.

If by reliable you mean trouble-free, probably not. Few cars with 100,000 is trouble-free. The Subie had to be maintained by the book for this to be possible. Does the seller have repair and maintenance receipts? If not, it would be hard to know for sure. If you really like it and would buy it if it needs very little work done, take it to a mechanic you trust for prepurchase inspection. It should cost you about $100. There could be a lot of surprises in store for you and this inspection will help you find out about them before you buy.

Since this is your first car, I strongly recommend against it.

The miles are too high and this car is a complex machine, which, unless meticulously maintained will give you a lot of expensive trouble.

For your first car buy a simple machine with as few extras as possible, and avoid All Wheel Drive.

A Mazda 3, Hyundai Accent or Elantra, a Toyota Corolla or Honda Civic are all better choices.

If you buy from a retiree who has not drive much you can get a good car with low mileage.

“A Mazda 3, Hyundai Accent or Elantra, a Toyota Corolla or Honda Civic are all better choices.”

Both the Rivieras I bought had over 100K when I bought them for work cars. The one was like brand new, no paint chips, etc. One owner buy a salesman. The only thing was it guzzled gas but when I tried it out I was able to go into diagnostic mode and saw it needed an O2 sensor. That got me back up to 27 mpg. Got rid of it at 530K. Similar experience with the other one that was a two owner and needed a little more attention but the price was right and the cars were fun to drive. Just got to check them out and be ready to spend a little to bring the maintenance up to par.

Assuming the pre-purchase mechanic’s check says there’s nothing seriously amiss, I think this is a reasonable selection for a first car. 9 years old and 100k, that’s about 11 K miles per year, which seems the right amount that the car was used frequently, probably a daily driver. That’s preferable to a car seldom used. I’d rather have a car with more miles but younger than a car with less miles but older. Time really does a number on cars, especially those that aren’t driven much. Cars driven a lot of miles per year means they have probably been driven on the freeway, and freeway driving is the best kind of driving, puts less stress on the entire vehicle.

The econoboxes mentioned above by @Docnick would be the ones I’d recommend for a first car too. If you wanted the utmost in reliability and inexpensive upkeep. If you really value your money and time, choose one of those. But they’d be sort of boring for a first car. My own first car— after I failed at purchasing a Fiat 124 Spider and another sports car, an Opel – my first car turned out to be a 4WD truck, and that was – and is – definitely a fun vehicle to own. Expensive to operate. But you only live once, right?

Do you have or plan to own dogs? If so, Subaru it is!! They have the best car/dog tv commercials.

What the others have said. Don’t get an AWD vehicle this old, with this many miles. Get a FWD, get a set of winter tires if you have to.

If you are looking for the lowest cost per mile to own and operate, don’t overlook a Crown Vic or Grand Marq…They can be had cheap and they run forever…A 4 or 6 cylinder stick-shift pick-up truck will do the same thing but they are hard to find…

Sure a Crown Vic can be cheap but then you have to be seen in one. 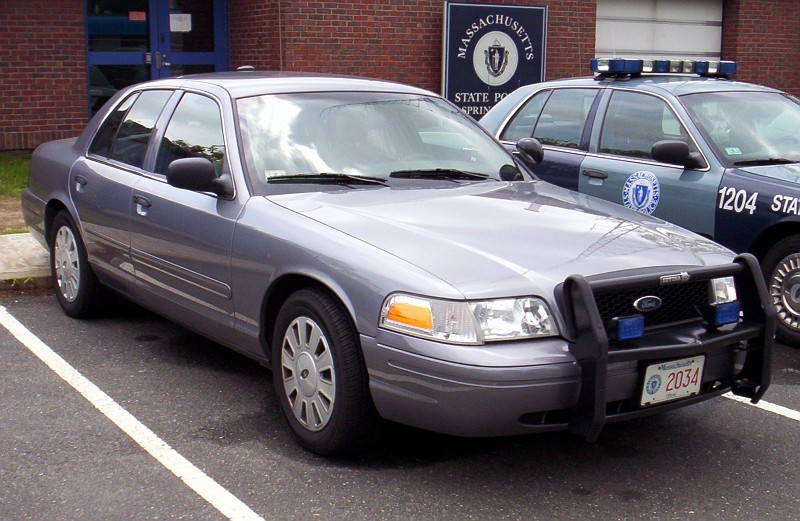 Crown Vics with P71, or later P7B, in their VINs were usually former police cars. Many cab companies buy retired cop cars and run them another 200K miles before re-retiring them. That should tell you something about their longevity.

I would be more concerned about the condition of the car rather than the odometer reading. Back in my used car buying days, the last thing I looked at was the odometer. Dealers were known to wind the odometer back. I checked out and bought a 1968 AMC Javelin at a good price back in 1971. We had a state inspection in those days. When I checked out the car, the odometer read 33,000. However, the dealer forgot to remove the state inspection record from the glove compartment. It had been inspected 3 months earlier with 55,000 miles. The dealer was asking the full retail price of $1695. I showed him the inspection slip.and offered him the wholesale price of $1200. He accepted my offer. I drove the car 6 years and put an additional 100,000 miles on the car, and sold it for $600. I still sometimes wish I had kept the car. The AMC Javelin was made to compete with the Ford Mustang and I think it was a better car in many ways.

@Triedaq 100K mile cars didn’t exist in those days for a variety of reasons. My theory is that odometer tampering was the principle one. Today, with tampering being a federal offense, 100K cars are EVERYWHERE.

I would not be afraid of the Subaru with 100k, but I would be sure to get it checked out by a shop that knows Subarus. Spending $100 may save you thousands. If you can find that the car was serviced by a Subaru dealer, THEY may have records of when the timing belt was replaced. If it has not been, it is due. I actually did that on a Legacy wagon a few years ago, tracing the 1100 mile away dealership by their advertising sticker on the back of the car. The belt had been replaced. I bought the car.

@“MG McAnick” when I bought the Javelin, the proprietor of the service station where I traded said if was illegal to wind the odometers back even in 1971. It was interesting when I drove into the station with the Javelin to fill the gas tank for the first time. The gas pump attendant gave out a whoop and the other employees and the proprietor rushed out. and swarmed over the car. For almost two years while I was working on my degree they had managed to keep my old Corvair going and didn’t charge much. I had signed the papers for a job and was living high. Before I moved out of town, I had that station put a set of brand new Atlas tires on the Javelin. I didn’t do price shopping–I wanted them to have the business…

…"you have to be seen in (crown Vic)? So? Maybe other drivers around you will think you’re a cop and be on their best behavior.

Agree with George San Jose about avoiding car that was seldom driven. I acquired a Jeep Grand Cherokee for “free” after a death in the family that had been sitting for probably 2 or 3 years. Ended up costing me about as much as I could have bought a comparable vehicle for. Water pump; CV axles, all belts & hoses, basically anything rubber had to be replaced. Then it left me stranded 20 miles from nowhere when a corroded wire broke loose. Meanwhile I sold my old 2wd Chevy pickup for $1,100 to a guy who does landscaping on the side. 6 years and 70k miles later that truck is still going strong.

@Triedaq the FEDERAL law was passed in 1972 and took effect in early '73. Before that, various states had their own laws. Prior to that, it was not illegal, but was certainly unscrupulous. https://en.wikipedia.org/wiki/Federal_Odometer_Act

My oldest sister bought a '69 Javelin brand new. She drove it for ten years. Then I bought it from her and drove it two more. It had 130K almost trouble free miles when I sold it. It had the 290 (my edit due to poor memory) CID V-8, with the 727 Chryco transmission. While it was not neck snapping, it did OK. The speedometer showed 70 when it was actually going 61 MPH. Perhaps that kept my sister from speeding. I figured it out the first afternoon I owned it.

“Sure a Crown Vic can be cheap but then you have to be seen in one.”

Just don’t be seen the back seat…

@“MG McAnick” The 1968 Javelin I owned had the 232 6 cylinder engine and the Borg-Warner automatic transmission. Since the 6 cylinder engine wasn’t a real popular engine in the Javelin, the price was much lower than a Javelin with the V-8 as a used car.