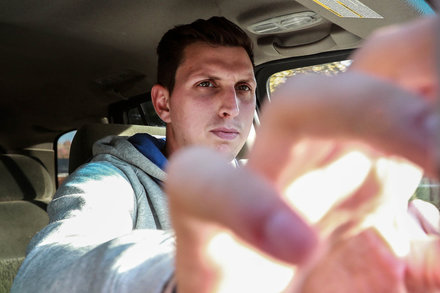 Highway deaths have surged in the last two years, and experts put much of the blame on in-car use of smartphones and dashboard apps.

Why…why…this is such a surprise!

Traffic deaths have steadily declined since the mid 50s. Lately, however, they are on the upswing again due to driver distraction. Here the fine for distracted driving is over $200 but the incidents keep increasing. We also have more single car accidents where the driver “lost control of the vehicle”. often on a clear day on an uncrowded road!

Although I think in-vehicle texting is a big deal - and I have acted on that in my own household - I have to take a dissenting view on this article and the many like it in the media. First, if you look at the rate of deaths per mile driven the uptick in 2015 (latest data available) is about 3%. That is not a huge increase given the normal variability of the numbers. Look deeper. Where are the big increases in deaths related to motor vehicles coming from in the report? Not car crashes. Bicycles, motorcycles, and pedestrians. Look even deeper. For example, who are the bike-riders and when are they being killed? Men, often at night. Things are changing, but the rate of deaths from motor vehicles has been statistically flat since about 2009. Figure 3 in the NHTSA release. The iPhone was introduced in 2007. Vehicle deaths are lower since that point in time. I know this is not a popular set of facts. About a third of the deaths from motor vehicles are from drunk people. The rate of non-fatal crashes is not up. Page 3 table 2. Note that the table is absolute numbers, not per mile driven. Keep in mind that as more miles are driven more accidents happen, so adjust for that fact, as the report does in some cases, but not all. The report says that distracted driving deaths increased by about 280 from 2014 to 2015. That includes all distracted driving types, not just phones.

I was thinking about that today on a long motorcycle ride. Both at my destination and on the highway, the electronic signs warned people not to text and drive.

…and yet I saw something I consider just as dangerous: malfunctioning brake lights. I saw four separate vehicles, each one with at least one burned out brake light, and this is fairly typical, in all parts of Florida where I travel on at least a monthly basis. It’s not so bad when it’s the center brake light that is burned out, because it tends to never be the middle one that is the one working light. It’s almost always one that could be mistaken for a turn signal before you realize it isn’t flashing. After all, I learned to drive right before they became standard equipment. In fact, my first car, a four year old 1985 Buick Skyhawk, didn’t have a center brake light. The ones that really worry me are the ones with only one working brake light. I’m always afraid I’m going to rear-end one of those idiots.

I miss the days when Florida had basic safety inspections. I know a lot of states don’t do them well, but getting rid of them completely rather than reforming them has to be costing lives, maybe not enough to concern people, but I wish someone in state government would do something about it. I would write my state congressperson, but our state legislature is so red, I know it wouldn’t go anywhere.

I’d guess the reduction in 0-60 times for commonly used newer cars on the road these days is part of the reason. The availability of affordable cars with fast accelerations seems like it is conducive to aggressive driving styles.

Let’s not forget the near record low prices for gasoline (factoring inflation) causing us to drive more than we used to.

Oregon has never had safety inspections. I see too many vehicles on the road that should have been scrapped long ago. Non functional tail/brake lights are quite common. Broken lenses “repaired” with red plastic wrap and duct tape. Our state legislator has been very blue since 1986 so I’m not sure that is a factor.

Agree 100%. As an engineer in the telecom industry, I’m much into the latest tech gear and apps. I love to play with what’s new. But I knew right away that texting and driving was dangerous. I’ve had text capability on a phone for over a decade…I’ve never ever texted while driving. Now that my vehicle has hands free cell-phone I will answer a call when driving. But won’t talk for long. When I’m driving…I don’t like getting distracted.

Yes, I am reviving a dead thread, but this current editorial cartoon is so relevant that I felt the need to post it. I think that this cartoon falls into the category of not knowing whether to laugh or to cry:

Not funny! After a steady drop since the mid 50s to about 1/16 of that rate, we are now seeing a rapid increase with vastly improved cars. Local police blame distracted driving with over 60% of Milleniums now admitting to texting and talking on cell phones while driving.

Drunk driving deaths are actually down some but more than made up by drug induced and distracted driving.

More reasons for us to take Defensive Driving courses so we can stay out of accidents.

Yup!
I haven’t had a car accident since 1970, but after reaching the ripe old age of my late 50s, I began taking the AARP Defensive Driving Course every three years. In addition to keeping me updated, the discount on my car insurance is–IIRC–3 times the cost of that course.

My insurance agent does the 55 alive courses for no charge and keeps us certified for the discount. Plus they have hot chocolate chip cookies just out of the oven.

I understand the distractions. I’ve still got a flip phone and don’t text and rarely use it but I’m wondering whether pure boredom in the new cars is part of it. In the old days it was a lot more work to drive. Now everything is automatic, smooth, quiet, etc. On a drive you start looking around for something to do while the car takes care of everything else. Have we created a monster with all the accessories? So are we blaming the result (texting/idiots), rather than the cause (automatic cars and freeways)?

Well, the way that certain car mfrs (GM, chiefly) are touting the internet ability that is built into their cars more than they are talking about any other features certainly doesn’t help.

My least favorite commercials currently are the Chevy ads in which all of the actor/model/“real” people participants are unable to say very much–other than, “WOW!”–when they are shown Chevy’s internet ability.
Have you seen those ads?
Wow! Wow! Wow! Wow! Wow!, etc…
As soon as I see a Chevy ad on the screen, I mute the sound.

I don’t know which one it is but then there is the ad where the guy or woman is driving along unconcerned and all of a sudden the automatic brakes go on to avoid a crash. Wow is right. What did we do 30 years ago to avoid a crash?

participants are unable to say very much–other than, "WOW!

My wife watches a lot of HGTV where they redo homes and most of the time the people walk in and all they can think to say is WOW! I don’t know which irritates me more, people saying WOW or Woo Hoo.

What did we do 30 years ago to avoid a crash?

We jammed-on our fairly weak brakes, and tried–sometimes in vain–to avoid locking them up. We also attempted evasive maneuvers with our vehicles that frequently did not handle very well.
Hint: The “good old days” weren’t necessarily good…in very many ways.

Since 1970 I have paid one fine and had no accidents other than parking lot dings and in those years I’ve driven well over 1 million miles, most on a commercial parcel delivery route. And it does seem to me that the driver is the single greatest variable in avoiding an accident. Whether driving heavily loaded trucks on wet and icy roads or dealing with inattentive drivers and all the other various problems that arise good drivers make up for bad drivers to prevent a great many more accidents than those that do occur.