Looking for a new, used car for myself and want something with 40+ MPG and is a wagon. No Subaru’s!! Budgeted for around $10,000 +/- . I want style but reliability and long term use. Recommendations??

No such thing except maybe a Jetta tdi (diesel) if you can find one for that little (good luck) . Wagons are rare.

There was a Hyundai Elantra wagon for a few years until last year, but it only came with a four-speed automatic that hurt its gas mileage a bit. Otherwise a nice little car, if a bit plain on the inside.

The Chevy HHR made a few years ago is essentially a Cobalt wagon with retro fifties styling. It was trying to be a PT Cruiser competitor (though bigger and more of a wagon.) By the time Chevy had it ready PT Cruiser sales had tanked and the HHR went with them. Became a staple of rental fleets. Saw an amazing number in Hawaii a few years ago (including ours). It’s a straightforward car, with a simple, rather plasticky interior. Not elegant, but very functional and it should prove very inexpensive to maintain and repair, though I’ve not checked out its reliability. Probably not up with the best, but simple cars do have less do break on them.

The Toyota Matrix/Pontiac Vibe twins were somewhere in between wagons, hatchbacks, and small crossovers, but based on solid Corolla mechanicals so not much to worry about whatever they are called. Alas, their big, ugly weakness is a silver plastic dashboard seemingly styled after a boom box. Toyota’s idea of what young people want (in surveys they prefer understated European elegance, Toyota.)

The current Scion xB (not the tiny original) is essentially a wagon, though lacking rear side windows (big blind spots). Quite a roomy car, especially the rear seat. This would be a very good car for a young family of modest means.

Likely outside your price range, the Toyota Venza is effectively a tallish Camry wagon. Another nice family car, but not cheap. Very pleasant on the inside.

The Ford Flex is another wagon passing as a crossover. It’s the closest thing made to a traditional big station wagon. My dad would have felt right at home driving one. It also may be above your price range as they are not cheap and have only been made for a few years. What you probably can afford are the Taurus X, which the Flex replaced, and which was just a renamed Freestyle. Those both looked a bit more like conventional crossovers than the Flex, but were lower than most. Ford actually has a good idea with this line, as many don’t like climbing up into an SUV. People with kids will find this height very handy.

I agree that that Scion xB and to a much lesser extent, the Scion XD are wagon types with some efficiency and worthy of consideration.
But, let’s face it. Boxes are roomy and they are the most space efficient for economy sake when the idea is to provide room and keep weight down. Let’s expand our thinking. The small compact SUVs are high boxes with reasonable economy in 2 wd and are legitimate replacements for the low wagons of old. Whether you get Awd is a side note as many are available in 2wd. If you want low slung style and decent interior room and resonable convenience, it ain’t happening. $10k really puts a damper on newer styles, reliability and long term use. It ain’t happening for you for that price, especially if older car based SUVs are not on your radar. Older RAVs, CRVs and Rogues should be up your ally.

Yes, the Fit can carry a surprising load. Honda designed it to carry a full sized surfboard inside.

40 mpg and a wagon, pretty much impossible to get both. Jetta TDI might do it - but a used one might need a pretty high budget for repairs. 30 mpg highway in a wagon might get you more options to look at, but still they will be pretty small wagons. A mid size wagon will not get that kind of mpg unless you get one either new or one/two years old to take advantage of new technologies.

Your search criteria (size, budget, wagon, mpg) is just too much “want” but not practical. You are going to have to give up something. For high mpg in a $10K car you are looking at a Corolla, Civic, or Mazda 3, or similar small car. You might find a small hatchback. The Corolla and Civics have flop down rear seats which are handy and you can put roof racks on them for bikes, kayaks, etc.

Rethink your criteria some more and decide what is really important, space, or mpg, or budget? I don’t think there is anything out there that meets your criteria and is $10K and reliable, with style, and few repairs.

Those ridiculous requirements. 40mpg wagon for under $10k.

You’ll either have to spend $20k or more for a hybrid or forget about the 40mpg.

You might also check out a used Honda Element. They have a huge cargo space. As others have said, you’re not gonna get 40 mpg anywhere.

I’d go down a bit in MPG but I mostly want something I can throw my dog and some gear in the back of the car and go on a road trip. My commutes are fairly short–about 10 miles a day to work and the other household car is a Toyota Tacoma. So I don’t need something huge. I just want something that is efficient and long lasting…is that too much to ask??

If the Element doesn’t meet your MPG criteria then look at a used Honda Fit. Reliable, efficient, holds a ton of stuff with rear seats down. You should be able to get 30+ mpg hwy in the Fit.

If that’s still not good enough, then look at something like the Chevy Spark, which has a tiny engine but gets 30+ mpg around town, and some owners have reported getting up to 50 mpg hwy. The Spark is a relatively new car but you might be able to find a used one in your price range. Sticker price new is around $12-13k.

However, long-term reliability of the Spark is unknown. The Honda Fit has a good reliability record and is more certain to be reliable long-term.

Don’t reject the Fit auromatically because it’s not a “wagon.” Go to the local Honda dealership, find a Fit and put the rear seats down. You’ll be surprised how much cargo space there is. 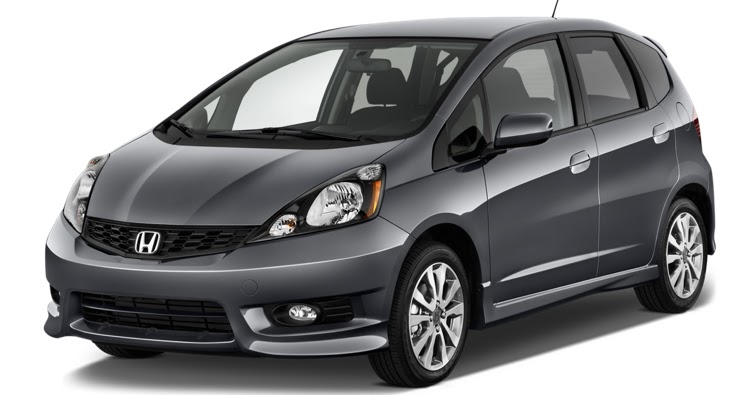 I've been driving 4x4 trucks for over 30 years. The trade-off for the weight and truckiness being that I could pick up firewood, haul lumber...

Given your needs, I agree with @jesmed - take a look at the Fit. Lots of room, good economy, and reliable.

We almost got a Fit because of the flip-up rear seat, perfect for carrying a big dog while keeping them off the seat. They’d just walk in and lie down on the large floor, while keeping the hatch area usable for shopping.

Normally, I wouldn’t recomend a Yaris. But, they are economical and dependable and being less then stella owner satisfaction wise compared to a Fit, they might be cheaper. Fold the rear seats down and the hatch should have some room for a dog and gear. $10k should get you a decent one as some owner’s may tire of them quickly when on lease. There are many owners out there that see through their idiosyncrasies and learn to like them. Maybe you’re one.

I see years as recent as 2010 listed used for under $10k on line. With about 15k to 30k miles, that should give you plenty of long term Toyota reliability and economy…if you don’t tire of it first.

Anyone know the ground clearance of a Honda Fit?

Someone on the Honda Fit forum at edmunds.com says Consumer Reports lists a ground clearance of 4-1/2" for the base model and 5" for the sport model.

I can’t verify those numbers but they don’t sound unrealistic. The Fit and other cars like it have smaller wheels and tend to be low to the ground.

Ford focus wagon would be cheap, but will only get in low 30’s on highway.

Prius V Wagon would be at least 20 grand used but get 40+ highway.

Jetta wagon diesel will be a junker for 10k dollars.

@bendgirl
That is just one aspect to ground clearance, the measure the manufacturer gives you. Ground clearance is given unloaded. A car carrying a load that’s independently sprung, will have less. If a Fit is more stftly sprung then another car with 6 inches of clearance, it could actually have more after loading. What is equally important are approach and departure angles which indicate when the nose of your car or tail end fetch up on curbs or have difficultygoing over dips. Also important, is what actually is the lowest point. If it is something that is strong and substantial, you are better off then something that breaks. Bottom line, it’s really better to inspect the under carriage of a car then just listen to the numbers if ground clearance is that important.

While I admire the Fit greatly as a city car or even for normal commutes, it’s just a little too jiggly and noisy for a good road trip car. That’s typical of the smallest, lightest cars. If possible I’d get the slightly bigger Mazda3 hatchback. MPG is similar, the interior is nicer, and it’s just a smoother quieter road car. The Fit carries as much or more, but effectively they’re about the same size inside. In the smallest class the Mazda2, Hyundai Accent, and Kia Rio are also good cars, simple and cheap, though not as roomy as a Fit.

Lets face it your “best” and my “best” are likely not going to be the same car. Can you tell me what the best color for a car for me? Of course not. You are going to do a lot of reading and testing.

It is not likely will would choose the same car.

brand new, a Mazda 3 hatchback with skyactiv will get you 40mpg highway, but you’d have to double your budget for one