This says it all, IMHO…

Saw it in the Wash. Post, just knew it would show up here. Priceless !

I wonder if the company with a J in their name will be sending out any letters of complaint or warning to the distributor Universal Uclick.

They can complain all they want but at the end of the day it is the reputation they have built for themselves.

My favorite cartoon ever, just to keep it car related what was your favorite bond car?

I got a chuckle out of this one.

Although I don’t know why? I’m nearing that stage in my life. 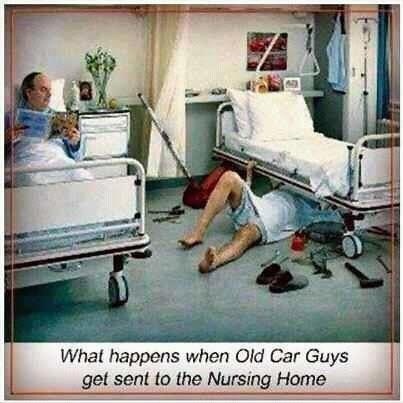 @Barkydog , my all time favorite, the Lotus Espirit from “The Spy Who Loved Me”. The mountain chase with the helicopter was in a stock Lotus, and was breathtaking! http://www.originalprop.com/blog/wp-content/uploads/2008/11/james-bond-spy-who-loved-me-lotus-car-auction-bonhams-04-x425.jpg

And those first cars were the best

I’m going to mail the “Iffy Lube” cartoon to every Iffy Lube in my area. Confidentially of course. They have had a bad reputation for over 30 years that I know of and people still hand over their vehicles to them. A Chinese restaurant can serve one bad meal or the rumors of one get spread around and the news will usually close them down. It’s happened to 3 restaurants in my area in the space of 24 months. I don’t get it.