Battery not being charged, how can I be sure it's the alternator?

Hello all. First off, I’m sorry because I’m trying to keep this post short but there’s a lot of info I think is relevant. I’m having issues with my 98 Subaru legacy wagon, been having weird electrical(?) issues with it for a while, but here’s the current situation:

(Disclaimer: I’m not a mechanic)

New battery/alternator (both around 1 year old)

Had the battery charged and checked at AutoZone twice, alternator “checked” once (air quotes because all they did was check the voltage at the battery while the car was running, battery was good both times. The alternator was bad at first but then the guy changed something on his test equipment and said it was actually good, idk how reliable any of this information is lol)

After that, I did some tests myself

Now I’ve seen a lot of articles online saying this means the alternator is no good but I’m not convinced, especially considering I replaced it a year ago when I was having similar issues.

I know that it could also be the wiring between the Alternator and Battery, no?

But I want to be absolutely sure, is there a way I can check the voltage coming directly out of the alternator? If it’s around 14v then I know it’s maybe the wiring or something? Could it be the belt(s)? I try to do my own research on things but am at my wits end here.

This time around, when the issues started, I was sitting in my car, engine off but accessories on, listening to the radio

That’s all I have for now, thank you.

As it idles, touch the positive lead of the volt mater to large cable on the alternator. 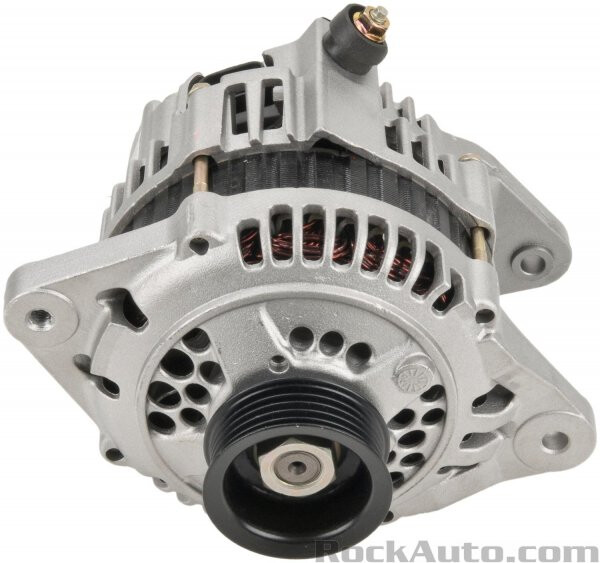 And the negative lead of the meter to a ground.

You are now measuring the voltage directly from the alternator.

car running = dips to ~10.4v but quickly goes back to ~12, revving the engine does not up the voltage, should be around 14v though right?)

There’s your answer. Unless the test @Tester mentioned and the voltage is 13+, then it probably is in the wiring.

Thank you both for your help, I actually found that I had to replace the alternator belt

. The voltage at the battery, while the car is running/idling, is now where it should be (14v), but when I turn the AC on full blast, the voltage slowly drops down to around 13v and then settles there. Is this normal?

Thank you both for your help, I actually found that I had to replace the alternator belt

. The voltage at the battery, while the car is running/idling, is now where it should be (14v), but when I turn the AC on full blast, the voltage slowly drops down to around 13v and then settles there. Is this normal?

I was reading your original post and thinking this is a problem:

I think you’re ok now with the charging. Do you have to adjust the tension on the belt or does it have a spring loaded tensioner? Might be a good idea to check the tension on the belt either way. Tensioner spring (if equipped) is probably weak and needs replaced if it’s bouncing all over the place with the engine at idle. Maybe a new belt is all it needed, I’d just hate for you to ruin the new belt if the tensioner or one of the idler pulleys is bad.

Glad you got the charging system working properly again. Might want to include replacing the belt for a new one the next time service is required.

My standard battery/alternator test: Before first start of the day battery should measure about 12.6 volts; then immediately after starting the engine, 13.5 - 15.5.