I could tell on Monday that my original battery on the 2012 Camry, purchased in the fall of 2011 was getting weak. There was a slight err sound before it started.

I ordered one for curbside pickup but the first time slot available was on Thursday.

Wednesday I went out to make sure I could get the mounting bolts free and clean up the hardware. The battery was dead.

I could have had roadside assistance come over and start my car Thursday but my daughter was going to be nearby and it was easier for her to just pickup the battery.

Does anyone have experience with a battery lasting longer? My original was just a flooded battery so I got another one.

The average life of a car battery is 3-5 years.

Environment has a direct effect on battery life.

The battery in my car is 8 years old.

But I test it every so often to see if it’s showing signs of potential failure.

So, you got your moneys worth out of the battery.

A battery that contains electrolyte (acid).

I’ve seen a few car batteries last 10 years. They were generally high quality batteries to begin with, in cars that are driven regularly and are well maintained, and have not been through deep discharge cycles (like driving around with a bad alternator or leaving lights on).

I always recommend replacement of any battery that is over 6 years old regardless of test results. That’s because the chance of sudden battery failure increases dramatically after 6 years. It can test good one day and then not start the car the next.

My wife had a car that was 12 years old, the battery in it was just over 6 years old but tested good. She was shopping for a new car at the time so I wasn’t going to replace it. She went to brunch with some friends one Sunday. Car started fine that morning, but I had to go jump start the car to get it home and replace the battery.

I have always tried to squeeze the last drop out of a battery, just to see how long it will last. The first time it fails to reliably start the car is when I buy a new one. If necessary, I can have my wife come with one of our other cars, and the jumper cable, so I can get home. The last few times a battery went bad, I was already at home, so I didn’t even need a jump. I just took the battery out, put it in the trunk of our other car, and went to buy a new one.

Well congrats. Just for the kids out there though, by waiting an extra year or so, you ended up paying 10% more due to inflation.

It’s a lead-acid battery with liquid electrolyte that’s free to slosh around between the plates.
AGM batteries are chemically identical, but mechanically different in that they have fiberglass mats between the plates that hold the electrolyte in place.
Think of a kitchen sponge soaked full of water.
AGM batteries are also partly sealed so that gases cannot escape unless enough pressure builds up and a relief valve lets some out. 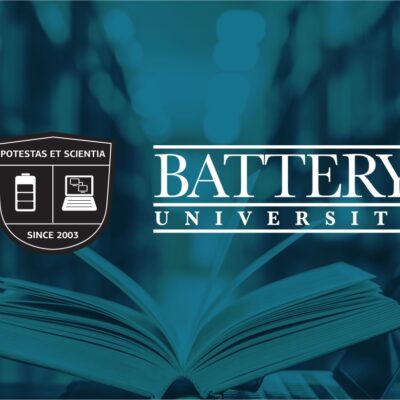 BU-201: How does the Lead Acid Battery Work?

There are 2 things on a car that I try to head off prematurely. One is a battery failure and the other is a fuel pump failure.

Yeah I guess I got gun shy. Many moons ago we were sitting at the A&w drive in. Car was maybe four years old so fairly new. No start. Had to call the tow truck for a jump. Everybody looking at us in a small town. It wasn’t the money for the jump. Before jump packs and cell phones.

So I look at the cost over the long haul. Buying stuff early that will eventually need to be bought anyway, doesn’t save money, just hastens the eventual expense. Now if you are lucky or unlucky depending on your outlook, you will die before having to buy a battery and your heirs will benefit. Ten years after you are gone, they will still talk about that extra $15 from sams estate that the got.

Sunday morning wisdom for the kids out there still learning to cope. And don’t lecture me on finance or accounting, I’ve had more coursework than I care to remember.

All of my under the hood batteries last about three years. We had a couple of cars with in the trunk batteries and they were still working well when we sold the cars after ten years. It seems like heat is a big factor in battery life.

+1
Just the inconvenience factor is enough to convince me that trying to eke-out the last bit of life from a battery is false economy. When a battery is two years old, I begin testing it, and at the first sign on that test that it is no longer up to par, I replace it. My 2011 Outback–delivered in October, 2010–is now on its third battery.

I have one of these that I test the batteries with once in a while. not expensive and seems to work well. I know there are better ones, but it is good enough for me.

That’s like the one I have except mine is orange. When the cca starts getting down to 80% of new and winter is coming, I turn it in for a new one. I tell the guy at the counter it’s still good though if he wants to put it in his truck or something.

One battery on my truck lasted 12 years. Truck – at that time anyway – was only driven a couple times per week, which I think contributed to the long battery life. Along w/mild climate here. Corolla – in past used daily – those batteries tended to last 5-7 years. Truck uses a physically larger battery than the Corolla , probably makes some difference in the life expectancy.

I don’t know what the difference is except size but my lawnmower takes a motorcycle at v battery. So instead of a $25 battery that they have a pallet of, mine are $80 plus have to add the acid yourself. I’ve started to keep a maintainer on it over the winter because they only seem to last 3-4 years. I have a spare now which is another story but not car related except I drove to get it.

Teenage me had a dirt-motorcycle, 2 cycle engine. Vrooooom, big initial acceleration, very fun. It had a battery under the seat, but it was always dead. But somehow the dead battery never prevented the motorcycle from from working. Kick starter maybe is the reason. Always wondered why the manufacturer designed in a battery when a battery isn’t needed to use the motorcycle?

Motorcycles (all that I know of anyway) have permanent magnet type alternators. That means when the rotor is turning inside the stator due to being kick started it is producing some electricity. 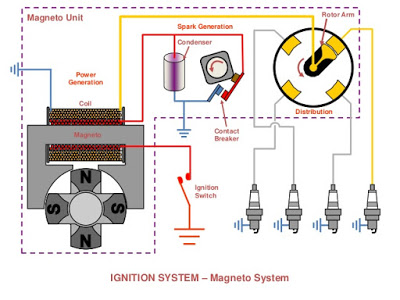 What is Magneto Ignition System and How It Works? - Mechanical Booster

In this article you will learn about magneto ignition system, its main parts, working, advantages, disadvantages and application with diagram.