Auto on instrument lights regardless of headlight switch position

This was discussed in another topic but I can’t find it. It happened to me a week ago. I headed home from my Grandson’s house. It was dark. I drove about 6 blocks under bright street lights and stopped for a red light. A driver across the intersection flashed their high beams. My high beam indicator was not illuminated. They then turned their lights off and on. This is the “turn your lights on dummy” signal I’m familiar with. Does anyone else think lighted instruments with exterior lights off is a bad idea?

I’d like to see them glow a different color, at least, when the lights are off vs. on. Some of the deep-dish gauges would be hard to see if they weren’t lit, so I can see why you’d light the gauges, but there should be some signal to differentiate between lights off and on.

This is the gauge cluster in my daily: 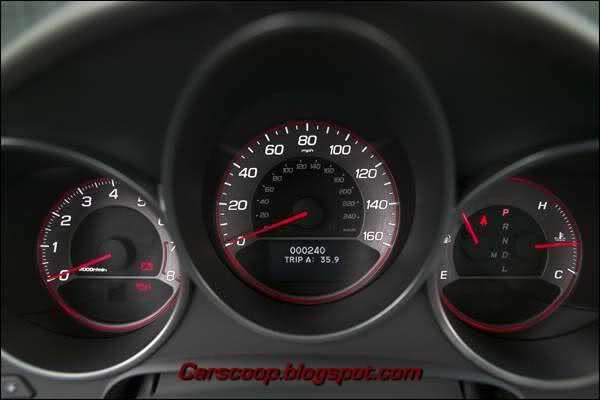 There’s no way you’d see those gauges well if they weren’t lit, because they’re in deep shadow almost all the time.

Excellent idea. My instrument lights are also red. The salesman mentioned that some people did not like that. I replied: “Just like military aircraft. Perfect”!

Cars with lit gauges often have a headlight indicator light (Camry, Civic, etc). Personally I usually leave my lights on all the time since bulbs are cheap.

Mine has a brights indicator, and a parking lamp indicator. But there’s no indicator for if your parking lamps are on, but your headlights are not.

For the record, my car’s instruments suck. They’re orange on silver, sunk deep into holes with only the incidental LED lighting that propagates through the plastic pointers and small clear rectangles in the gage faces. The faces are silver on clear plastic through which the incidental LED light traveled. Hard to read in good conditions, and doggoned near impossible in poor lighting conditions. I can only wish I had aircraft instrument design.

Oddly, my Corolla of the same year had great instruments. Highly visible in all lighting conditions.

For the record, my car’s instruments suck.

I’ve got an old '88 Mitsubishi truck for random yard/home improvement hauling. I love that little thing (it’s a 5-speed!) but I absolutely hate driving it at night. It’s got that old-school 80’s dim-green-glow instrument panel. I can barely see how fast I’m going. Probably doesn’t help that it used to be a salvage yard truck and there’s 200,000 miles of grime on the gauge faces, but even when new those green sidelight clusters were hard to see.

I remember when I got my first CRX, how awesome the gauges were at night. I could actually read them, very clearly! Every car I’d driven before then had that same wimpy green lighting and was hard to see. And it’s even worse today because headlights are a lot brighter, and going from HIDs in your face to trying to see the gauges is almost infuriating.

I don’t really understand why headlights and tail lights aren’t on all the time. What possible reason that makes any real sense can explain why they shouldn’t be? With LED technology the current draw is quite small.

Because most cars on the road don’t have LED headlights?

Cycling filament bulbs or, even worse, HID bulbs on and off every time you start and stop the car if you’re running lots of short-trip errands is a great way to prematurely burn out the bulbs.

To each their own. I use lights and turn signals so others can see me. If they wear out, they get replaced in pairs, not really a big deal.

You must not have HIDs. At $200 for the pair, I’m not particularly interested in wearing them out prematurely.

I don’t really understand why headlights and tail lights aren’t on all the time. What possible reason that makes any real sense can explain why they shouldn’t be?

I’ve been a believer for years that they should be. It’d be less expensive for manufacturers to change the wiring schematic to simply have the headlights, taillights, and sidelights on whenever the engine is operating than it is to create totally separate Daytime Running Lights and their circuitry. And it would satisfy the requirements of countries that mandate DRLs. Many Canadian cars use the low beam headlights as DRLs without any dimming or other change to the lights. Although why they only do it with the headlights is beyond me.