Anyone have experience with the Bosch 1300 scanner?

I saw the scanner at an O’Reilly store today and the display made for an impressive first opinion. It is said to handle all OBD II plus pre OBD II Ford, GM and Chrysler with all the appropriate adapters. I am curious about live data.

I would want to know what it means to handle all OBD II, and live data is almost useless if it’s limited to OBD II data and has a refresh rate as slow as a turd rolling up a hill.

Almost any device can pull codes and give data of just the basic requirements of OBD II. But there is so much more. I’ve found that for the DIY crowd, codes are all you need to get the list of most replaced parts and go from there. The only thing worse than no data is incomplete data or too slow data.

As far as I know no generic code reader/scanner will do the bi-directional functional tests that are needed for code diagnosis.

I was hoping that the tester could show live sensor output. A great deal of time can be saved just getting access to IAT, CT, MAP, TPS, etc. But like so many products the marketing is mostly hype. 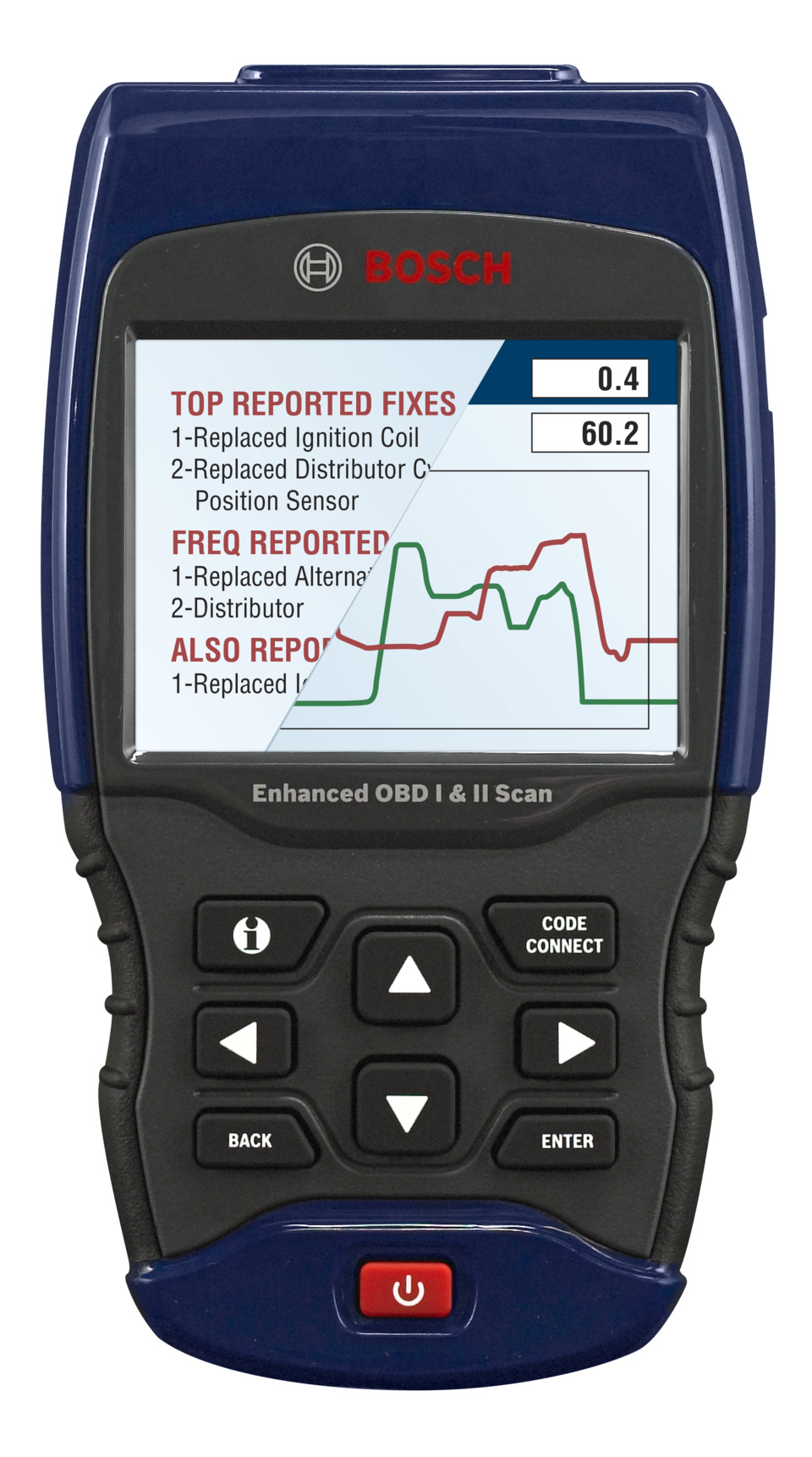 The Bosch OBD 1300 scan tool is OBD-II and CAN compatible for all 1996 and newer vehicles, according to the company. This tool offers on-screen codes and d...

It does look impressive @jtsanders. I have an off brand scanner that will display 4 lines of live data but it is like most cheap DIY scanners and limited to OBD II. I still deal with my own pre OBD II and occasionally others as well. I got spoiled to a Snap-On scanner and a lap-top OBD II interface that I sold way too cheap when I retired. And I often miss the 4 channel lab scope also. Often strange driveability problems and intermittant stalling is the result of ‘noise’ on circuits caused by various issues and a scope was the only way to pin such problems down.